It’s Black Friday, which means deals all week long. More deals than you can wrap your head around, deals spilling all over the floor, deals tucking you into bed at night – you get the idea. Well, it turns out there are loads of offers on PS4 Controllers right now and in a variety of colours too.

Everything from the lovely Rose Gold, to the frosty Glacier White DualShock 4 can be found at a much lower price than usual. If you’re looking to nab a new, replacement or an extra PS4 Controller, then it’s worth scanning through our page below and seeing what takes your fancy.

As always, we’ll endeavor to keep this page updated with all the latest PS4 Controller deals, so keep it bookmarked to stay on top of them all! 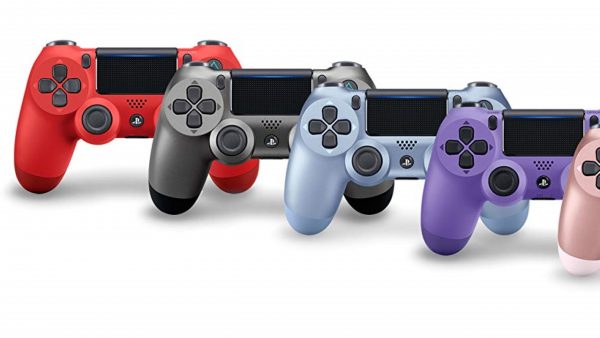 Below you’ll find the best early PS4 Black Friday Controller deals we’ve seen out in the wilds. As we’ve mentioned above, we’ll be keeping a close eye on any deals which spring up in the future.

PS4 Controller Deals in the US:

PS4 Controller Deals in the UK:

First party (officially licensed) PlayStation 4 controllers are going to cost you more, but you’ll get something of higher quality with all the extras, like HD rumble, touchpad and more.

If you’re on a budget, a third party controller can be a decent go-to option. They might lack in build quality, and may not have all the features of a first party controller but they’ll likely do the job just fine.

What other PS4 Black Friday deals are there?

If you’re in the market for more things PlayStation, then you’re in the right place. As Black Friday continues, we’re rounding up all the best PS4 related deals across the web in our PS4 Black Friday deals hub. It contains offers on everything from great games, to console bundles and even a few PSVR deals too. There’s also some great PlayStation Plus deals live right now, so make sure you take a look.