Sony had cut the price of its limited-edition Death Stranding PlayStation Pro for Black Friday, but unfortunately, the deal proved to be immensely popular and it’s now sold out.

First released earlier this month in parallel with the launch of Death Stranding, the limited edition PS4 Pro was available through the official PlayStation website for $299 – that’s $100 off its original sales price. The deal was scheduled to run until December 3, but it looks like Sony has run out of stock way ahead of schedule. 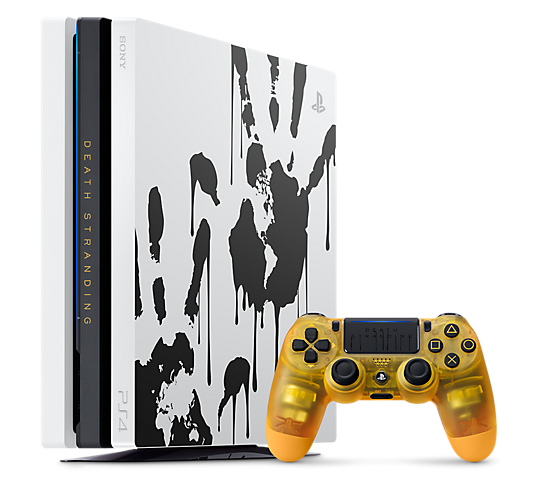 The console bundle comes with a custom 1TB PS4 pro with a case covered in the tar-like black handprints. You also get a custom yellow wireless controller, complete with creepy crying BB coos, and a copy of Death Stranding.

Now, if you’re more of a console traditionalist and would rather your PS4 not be covered in handprints, you can instead get a standard black matte 1TB PlayStation 4 Pro with Call of Duty: Modern Warfare for the same $299 price point – down from $399. This includes a wireless controller, wired earphones, and everything you’d expect in the box. It’s unclear how much longer Best Buy will run this offer for, though!

For a full run-down of everything on offer from PlayStation this Black Friday have a look here. And in case you missed it, Death Stranding is also free with this PS4 Pro bundle in the UK.