Twitch is looking to make streaming easier for beginners with its newly launched Twitch Studios.

Currently in beta, Twitch Studios is free software that aims to simplify the set-up process required for streaming games, and to manage streams overall. 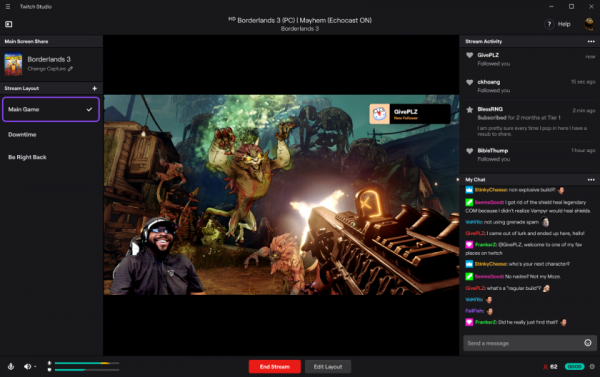 Most gamers rely on third-party streaming programs like OBS or Xsplit to stream content. And it can be a bit of a barrier to entry for those just starting out. So Twitch has designed this specifically for those who are “thinking about becoming a streamer or tried and gave up because it was too difficult.”

Twitch Studio is purpose-built for streaming through Twitch, with a set-up process that automatically detects what hardware you’re using, then optimizes your stream setting for your particular connection speed. Currently Twitch Studio supports Elgato and Avermedia capture cards, although you’ll also be able to capture video directly from your PC without any. Twitch Studio plans to introduce an in-game overlay to the platform which will make monitoring chat a little easier from a single monitor.

You can download the Twitch Studio Beta over at the official site.