At the X019 event today in London, Microsoft announced their full lineup of this year’s Xbox Black Friday deals.

This follows the first wave of Xbox deals we got a sneak peek of a couple of weeks ago. Today’s offering is a lot more significant, though, with promised discounts on the Xbox One S, Xbox One X and Xbox Game Pass Ultimate across the US and UK. 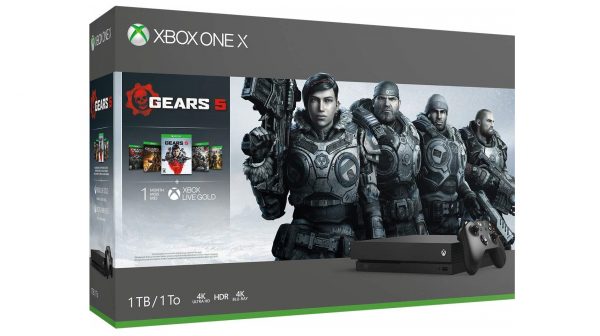 As for Xbox One S consoles, the All-Digital Edition is about to get a hell of a lot cheaper when it falls to $149.99. Not only do you get the console for that price, but also digital copies of Minecraft, Sea of Thieves and the Legendary Rogue Spider Knight Skin for Fortnite Battle Royale.

Standard Xbox One S consoles and bundles will also get a $100 discount.

It was also reconfirmed that a range of Xbox Wireless Controllers would be getting $20/£20 discounts through Black Friday. This includes the Night Ops Camo Special Edition, Sport Blue Special Edition and Kait Diaz Gears 5 Limited Edition controllers.

Microsoft is also trying to keep up the momentum they’ve built with Xbox Game Pass Ultimate thanks to a huge Black Friday deal. Starting right now, new subscribers can get their first three months for just £1/$1. 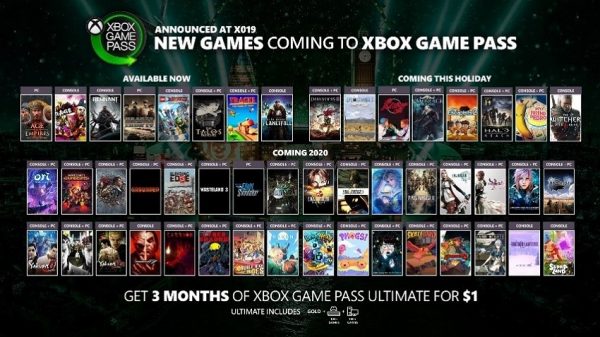 It could be a tempting offer when you take into account all the new games coming to the service through the rest of the year and into 2020. There really aren’t many offers in gaming that can beat it right now – and it only looks set to get even better. I’ll take immediate access to The Witcher 3, the majority of the Final Fantasy back catalogue, and new releases like Ori and The Will of the Wisps all day long.

Lastly, a selection of Xbox One games will be discounted for Black Friday if you want to purchase them in the traditional way. More will follow, but these have been confirmed so far:

All the remaining game offers will be listed on the Microsoft Store from 24th November.

That’s a very important date to keep in mind as 24th November is when all of these Xbox Black Friday deals will be available. You’ll be able to find them on the Microsoft Store and at various retail partners. There’s a bonus for Xbox Game Pass Ultimate or Xbox Live Gold members, though, as you’ll get early access to them from 21st November.

Once they’re available, you’ll be able to find all of them and more on our Xbox Black Friday deals page. You can expect it to be regularly updated over the next few weeks with all the latest offers.

As for the other consoles? Well, you’re in luck, as we also have hubs dedicated to every Nintendo Switch Black Friday and PS4 Black Friday bargain we find.

As for everything else, you can always take a trip over to Jelly Deals where we’ll be tracking all the best Black Friday discounts across gaming, tech, and more.