If you’re playing Death Stranding, you’ve probably heard the word Aphenphosmphobia, Googled it, and found yourself here. I’d personally like to congratulate you on successfully Googling that word. Fair play.

Aphenphosmphobia is the fear of being touched and is often linked to agoraphobia, the fear of open spaces. In Death Stranding, the latter isn’t the case. While protagonist Sam does shy away from human contact, he’s at home under the endless sky, climbing over knuckles of rock as the landscape stretches out before him.

Interestingly, Aphenphosmphobia is linked to Chirophobia, which is the fear of hands. Sam is covered in dirty handprints and bruises appear on his skin when he’s touched. The game also uses lots of other hand imagery. When the ‘Beached Things’ or (BTs) show up, they announce their arrival by leaving oily handprints where they travel, a symbol of them reaching through from the other side. The game’s tagline is also states: ‘Tomorrow is in your hands’.

Chirophobia also comes from the word ‘Chiral’, and Chiral Network is what you’re tasked with spreading across the United States in Death Stranding. This connects settlements together like a virtual handshake. Chiral is a chemistry term for asymmetry that is not superimposable on its mirror image, like placing both of your hands together. 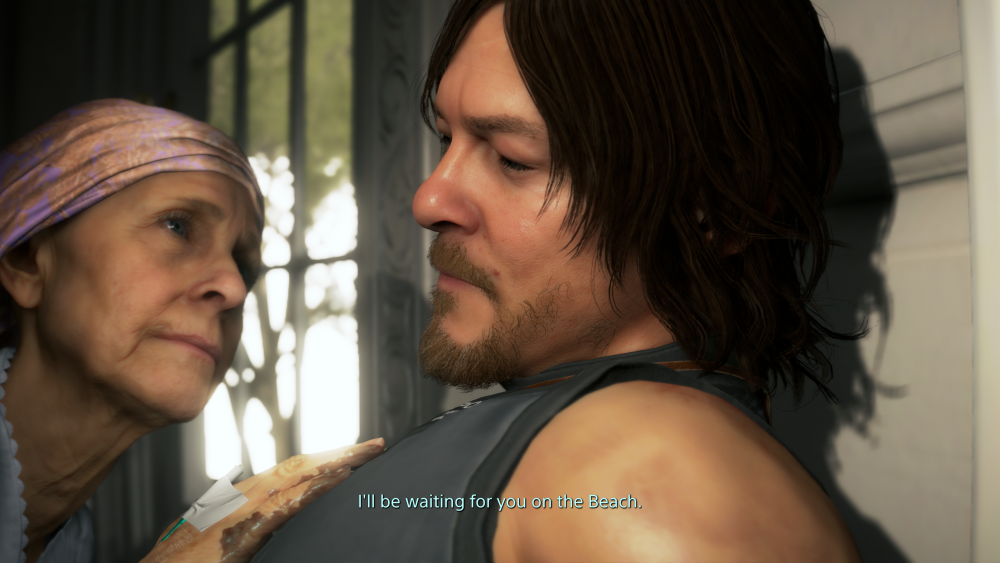 Like most phobias, Sam’s is caused by a traumatic event that happened in his past that you will find out about over the course of the story. Symptoms include anxiety, sweating, increased heart rate, and the inability to articulate yourself properly.

Hideo Kojima inflicted this phobia on Sam because it’s supposed to be ironic – the world’s only hope of being reconnected is a man who is terrified of making any connections. Interestingly, one of the pieces of intel you can find in the game explains that much of the world’s population in the game’s universe are asexual, uninterested in a physical relationship with other people. Kojima likes to tie everything together to make sure you don’t miss the subtext – subtext that’s usually right there in a person’s name. Wait until you find out about Heartman.