You might have found the information you’re looking for, but things are about to get a whole lot more complicated in The Outer Worlds. Both MSI and the militant Iconoclasts want the powerful UDL tech that crash-landed on Monarch, and it’s up to you to decide who gets it. Here’s how to complete the Canid’s Cradle quest with a peaceful resolution.

It is possible to broker a peace deal between MSI and the Iconoclasts, but that doesn’t mean that no one gets hurt. However you will get a trophy/ achievement for your trouble on console.

The outcome of this quest affects the ending that you see at the conclusion of The Outer Worlds, so choose wisely.

There aren’t that many hard requirements to get the best outcome from the Canid’s Cradle quest though. You will need your Persuade or Inspiration skill to be at level 55, and one of your dialogue skills (that’s lie, intimidate or persuade) at level 35 to talk everyone down.

Following the summation of the Radio Free Monarch quest, you’ll see a UDL gunship fall out of the sky and crash-land in the west of Monarch. 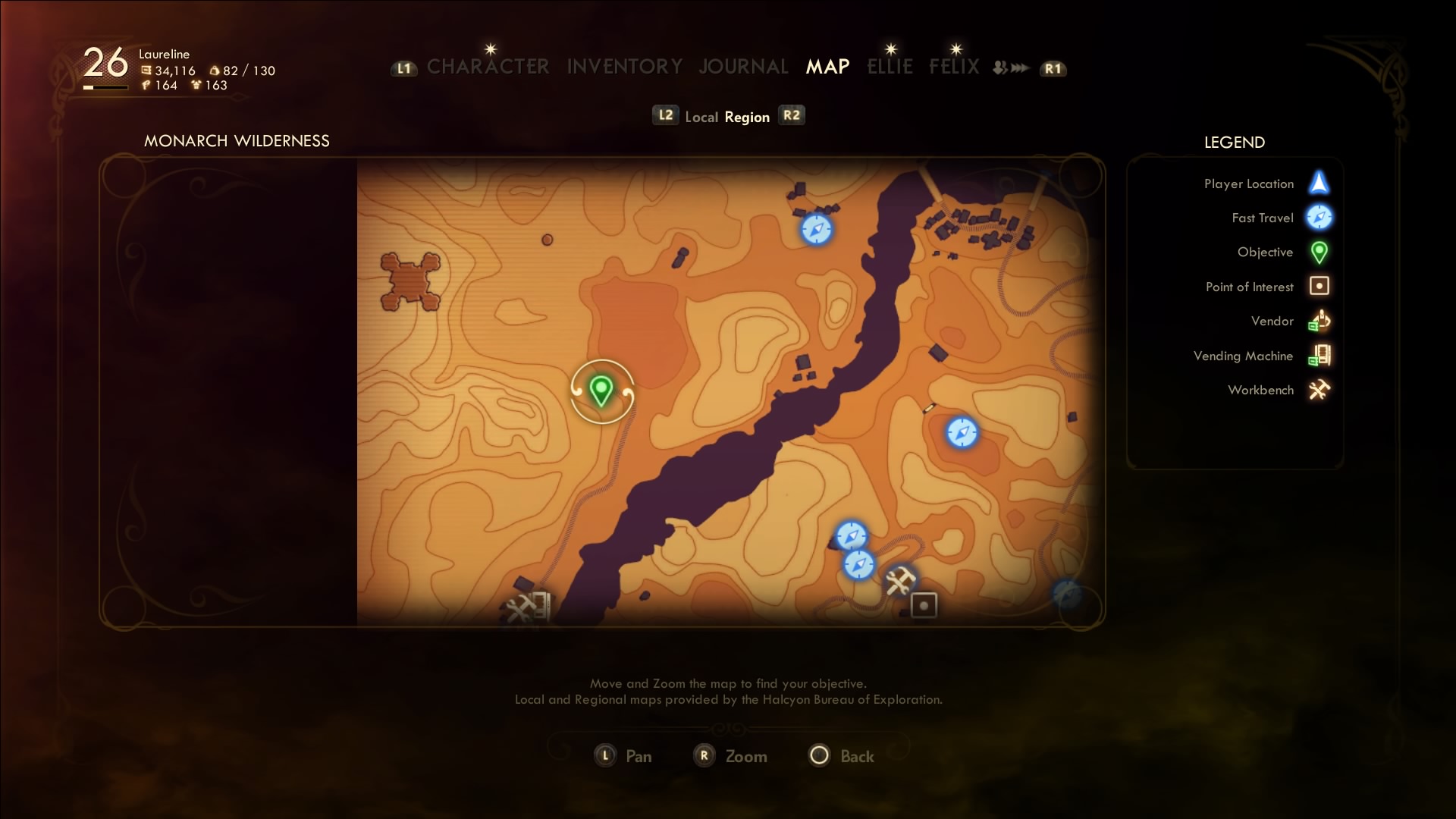 The best way to get to the quest marker is to travel to the Terra One Publications fast travel point and head south through the sulphur pits to get to where you need to be.

Once you reach the crash site you will unlock a new fast travel point, but head on inside the broken windshield and use the terminal to open the sealed door behind you. 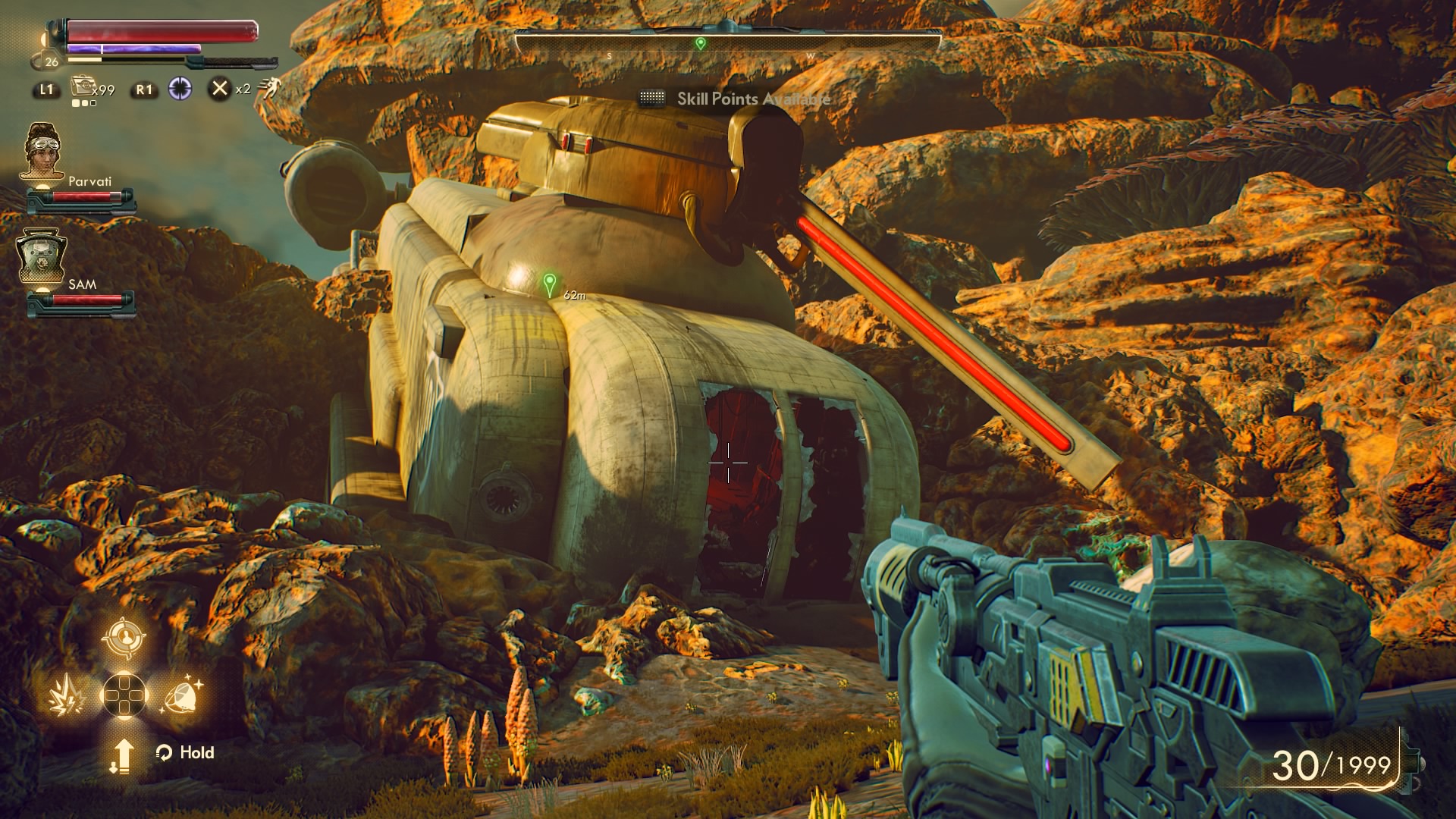 Print yourself off a keycard and you’ll be able to open the doors inside the ship. Climb the yellow ladder to get deeper into the crashed vessel and open a second door. 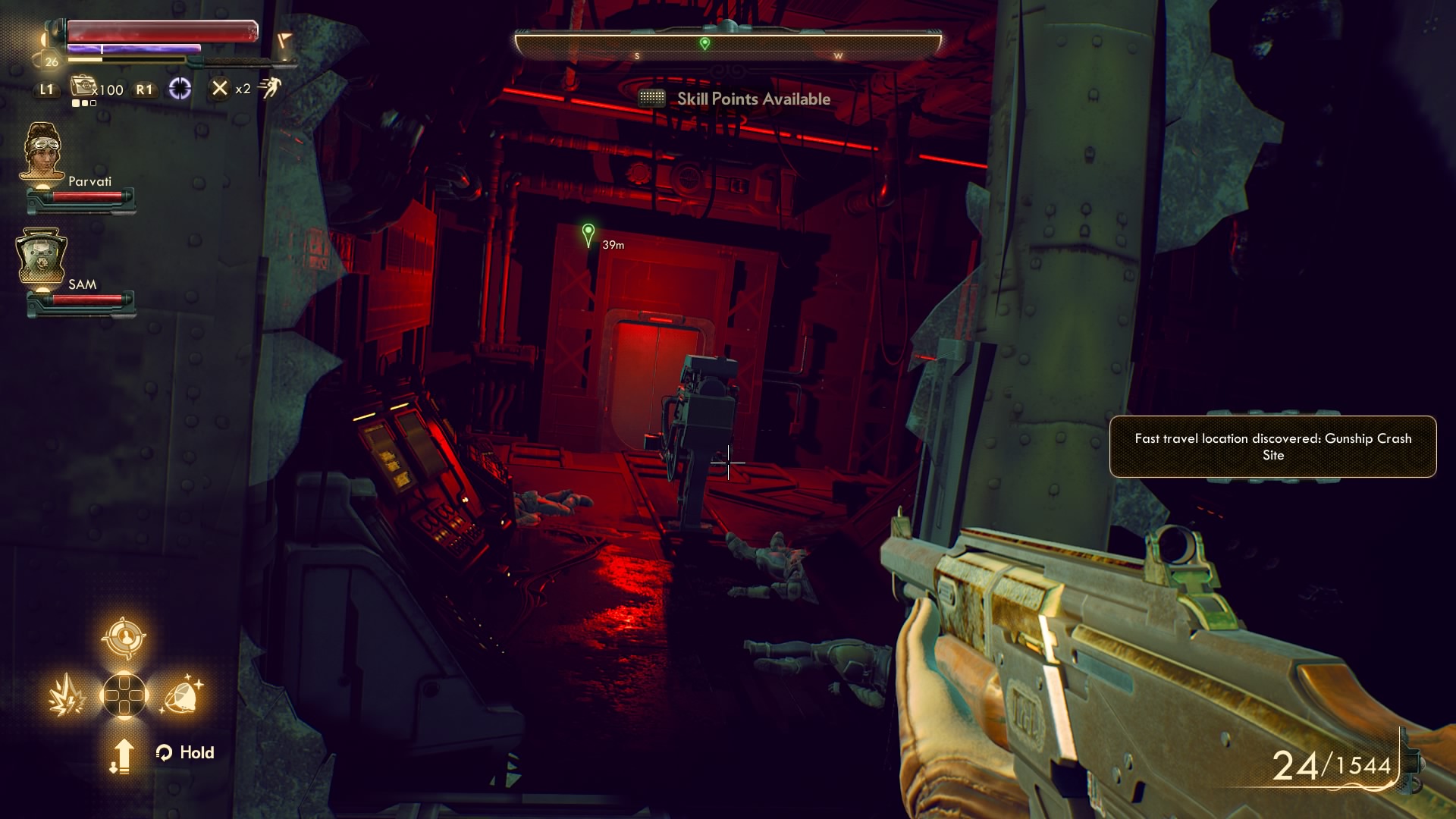 When you can see the targeting module, pull both levers to open its enclosure and stuff it in your backpack. 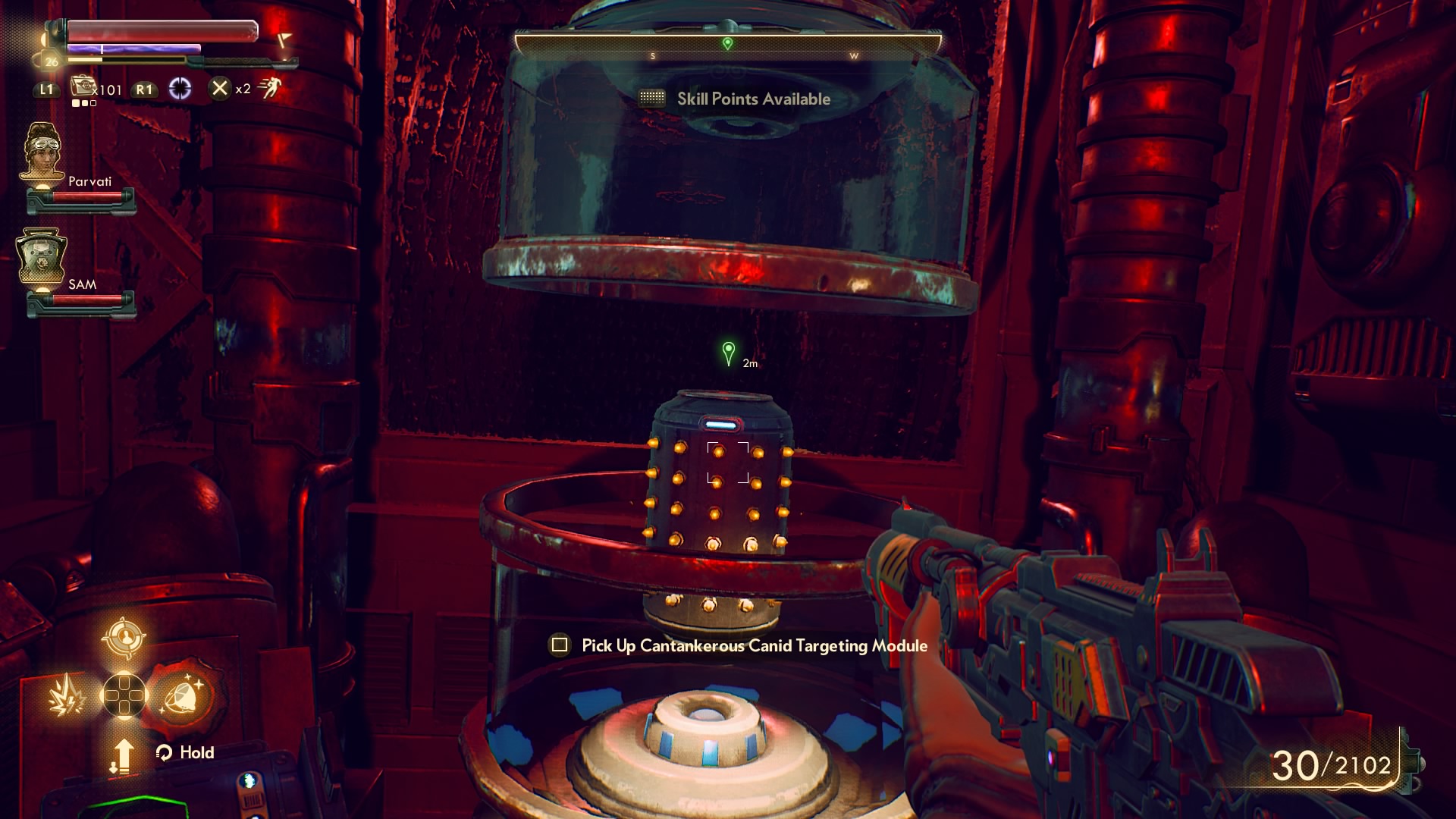 Now you’re presented with a choice: hand the module over to Sanjar and MSI, or Graham’s Iconoclasts.

Canid’s Cradle – Should you side with MSI or the Iconoclasts?

Forging peace between Monarch’s corpos and Iconoclasts is one of the major events that figures in The Outer World’s best ending, and is a satisfying conclusion for the quest.

To achieve this outcome, you need to head to Stellar Bay and talk to Sanjar.

Ask him why he needs the module for some context, then ask him if he could work with the Iconoclasts.

Sanjar will resist, but bring up that you saw his employee review during the events of the Radio Free Monarch quest and that he needs someone with the big picture to work with. 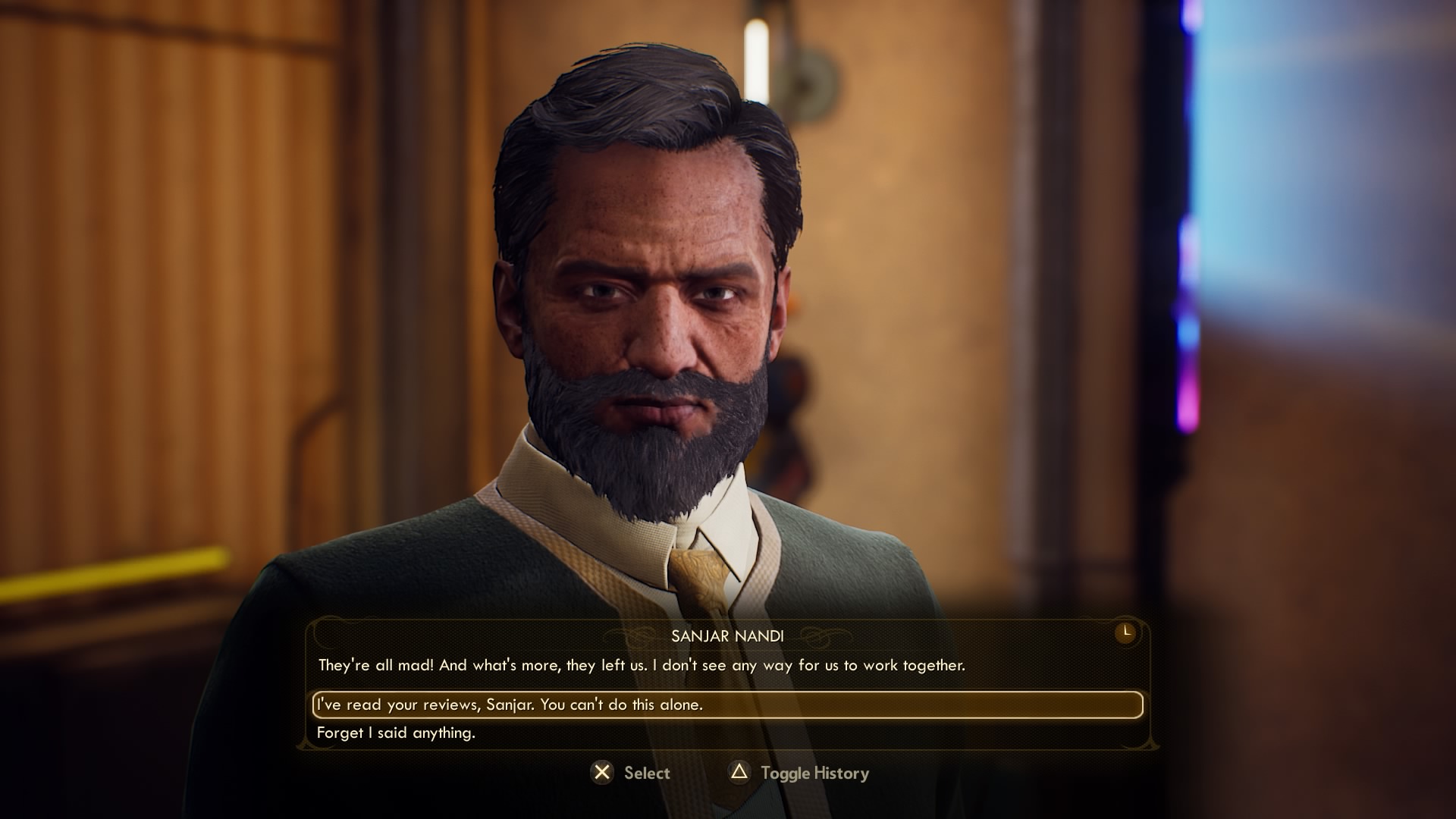 Suggest Zora as a suitable partner and he’ll agree to talk if she leads the Iconoclasts – but only if he can see her employee report first.

To grab this info head down to Cascadia in the south of Monarch. It’s near where the Abandoned Lab Science Weapon from the Void is hidden. 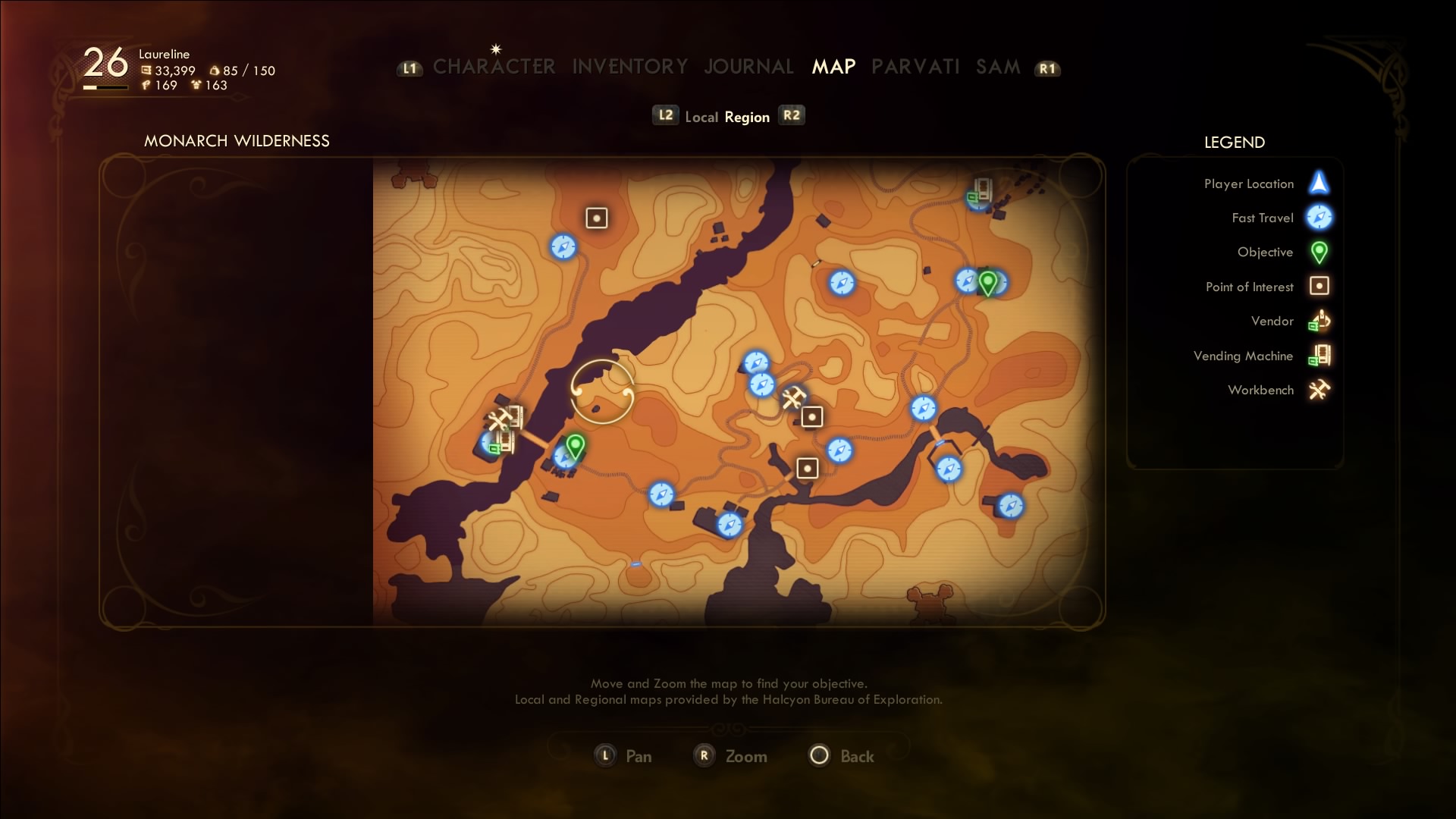 Follow the quest marker to the Rizzo office, then go around the back of the building to get in without picking a lock. Continue following the marker inside and you will find a terminal in a back office.

Check inside the safe next to the terminal to find the unique SugarOps helmet, which boosts N-Ray and Plasma damage. 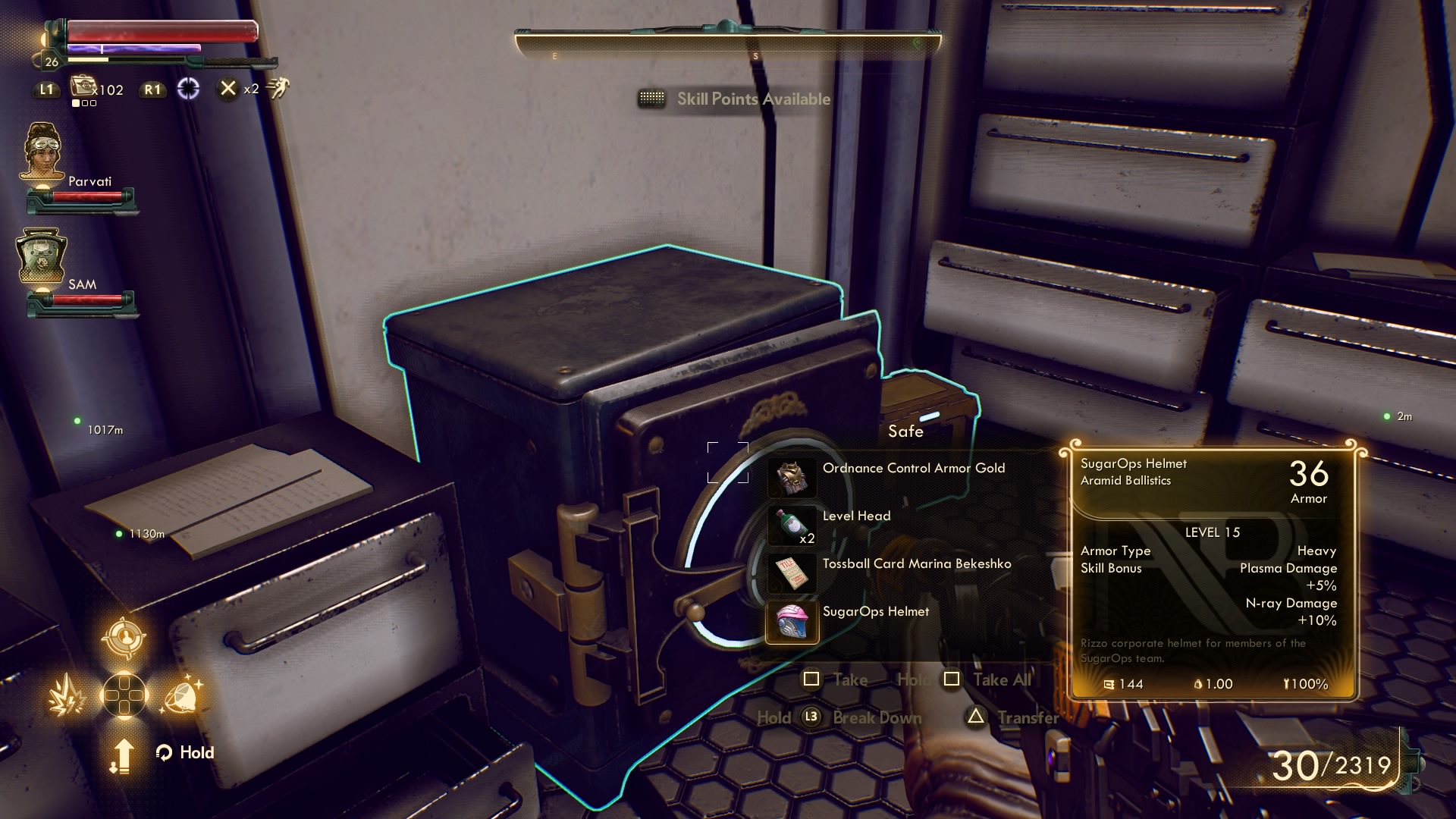 View Zora’s record by pressing “view files” then export it to an external datapad.

Now return to Sanjar, show him the report, and accept his offer of a meeting.

Getting Zora to agree

Head to Amber Heights and speak to Zora in the side-building.

To get her to talk you have to complete her side quest “Sucker Bait”. It’s a simple task of following the quest markers, killing a few enemies, and searching an abandoned outpost. 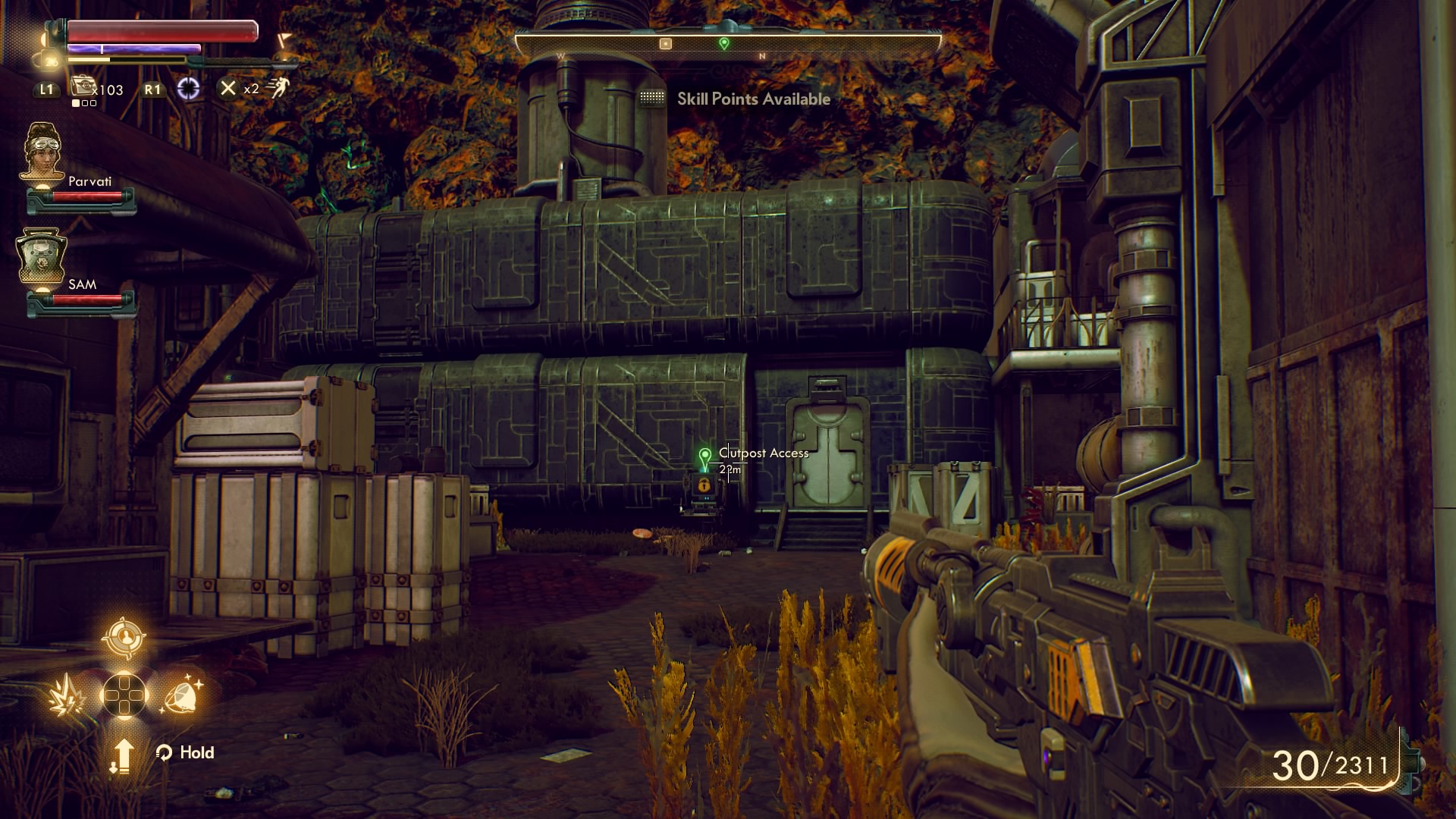 While you’re there make sure you search the body on the floor to grab another unique helmet: “Hemlock’s Eyepatch”.

With the data in hand, return to Zora and she’ll ask for a while to take in the revelation.

You can go and speak to Graham for some further context if you like, but go to the Amber Heights gate and transition to the Monarch wasteland, then turn straight back around and go back into Amber Heights.

Zora will have changed positions to the main Iconoclast command building and will enter into conversation with you as soon as you enter. 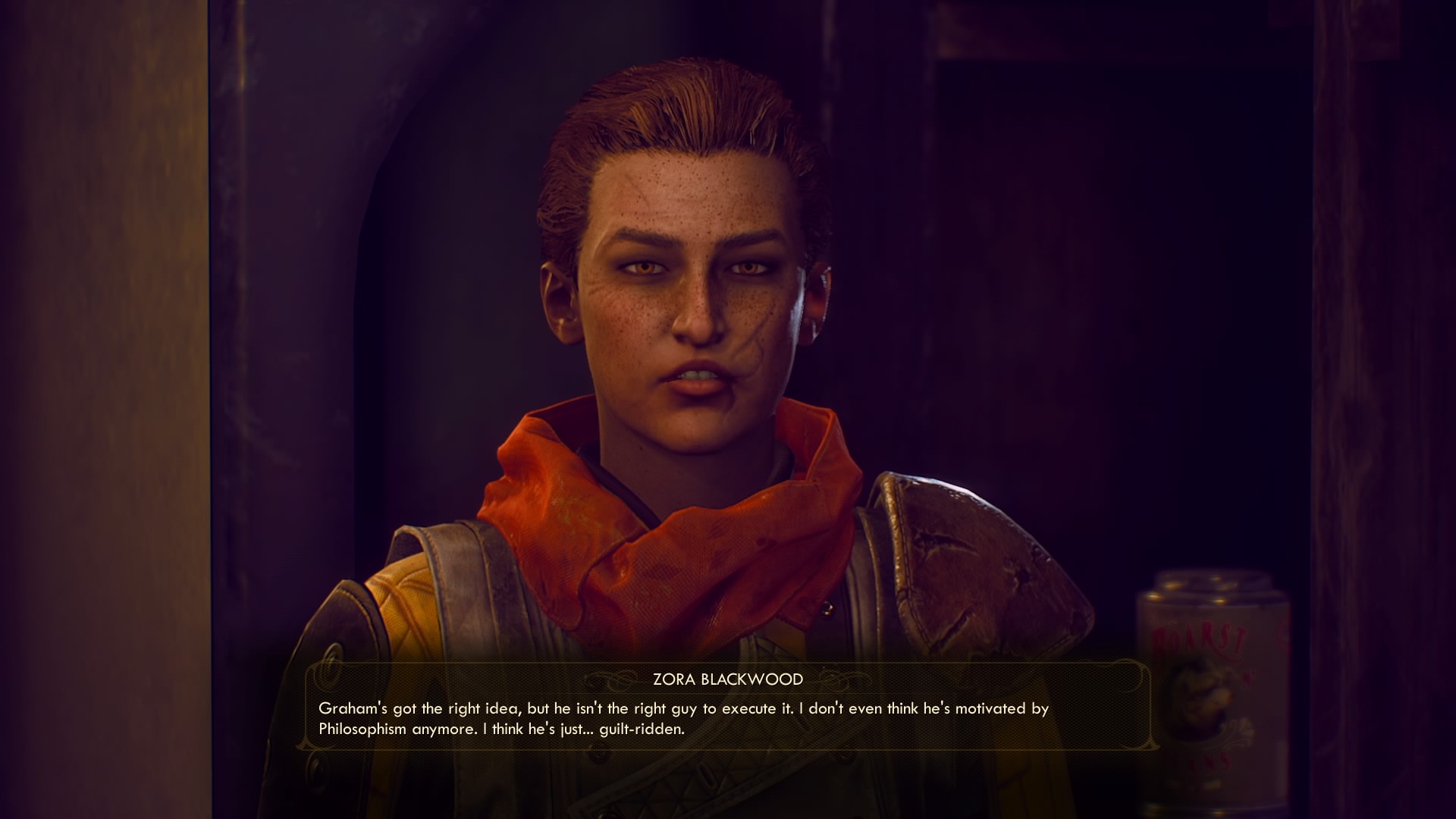 Reassure her that you’re making the right choice and follow Zora up the stairs. Enter the conversation with Graham and inform him that Zora’s taking over the reins.

Preach that she’s got the best interests of the Iconoclasts at heart and Graham is acting selfishly in response to his past mistakes – this conversation generally ends violently. 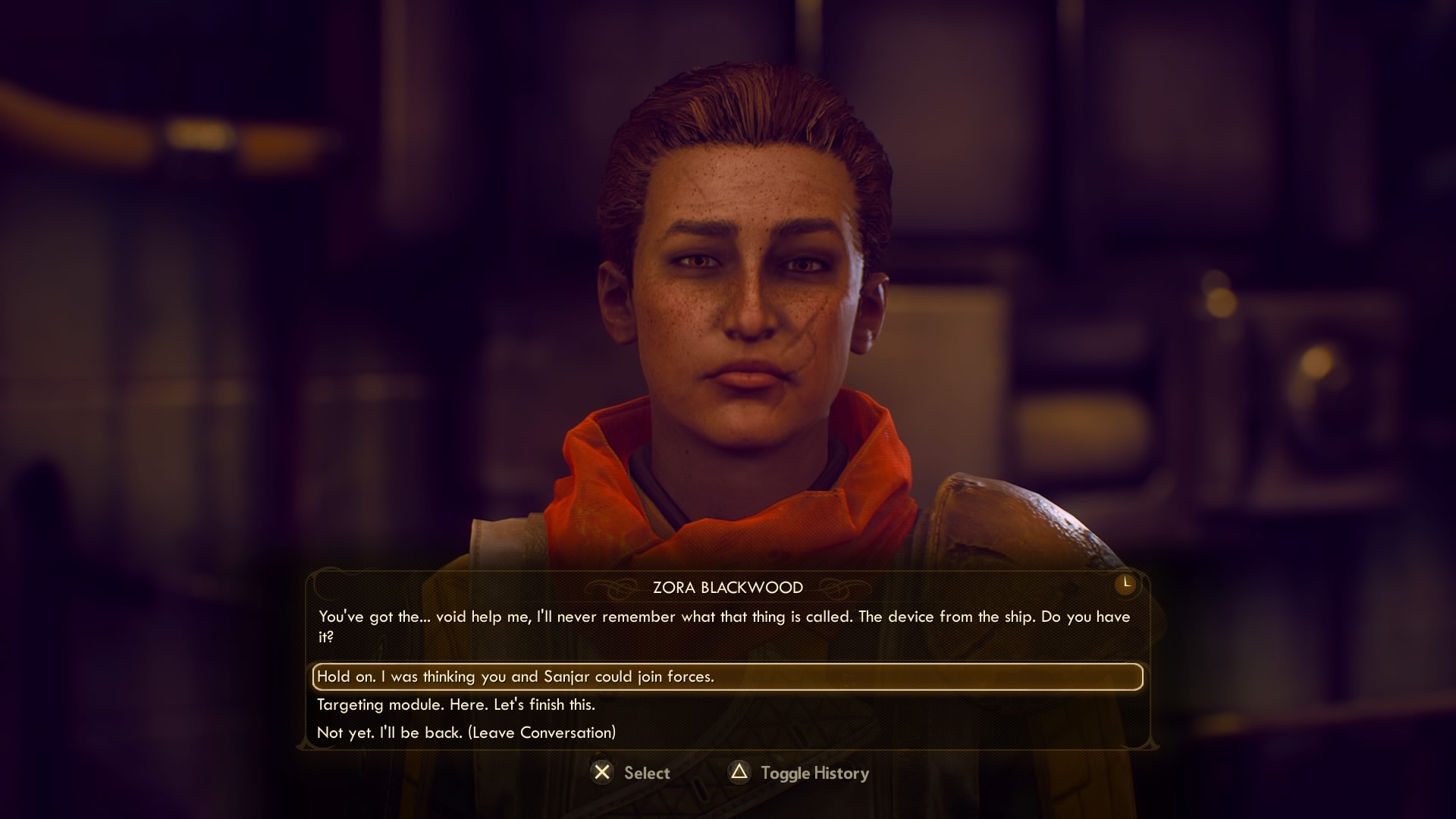 Once that’s done, speak to Zora and ask her to join forces with Sanjar. She’ll refuse initially, but this is where your Persuade 55 or Inspiration 55 comes in. If you’re short on Persuade, bring Pavarti and Felix as followers.

Listening to reason, Zora agrees to meet to the south of Stellar Bay.

Travel to the ruins fast travel point and oversee the summit.

Peace between MSI and the Iconoclasts

At the church stand between the two leaders and speak to them in turn. Tell Sanjar to “scale it back”, then suggest that the Iconoclasts support Stellar Bay’s supply lines to make up for the resources they’d use. 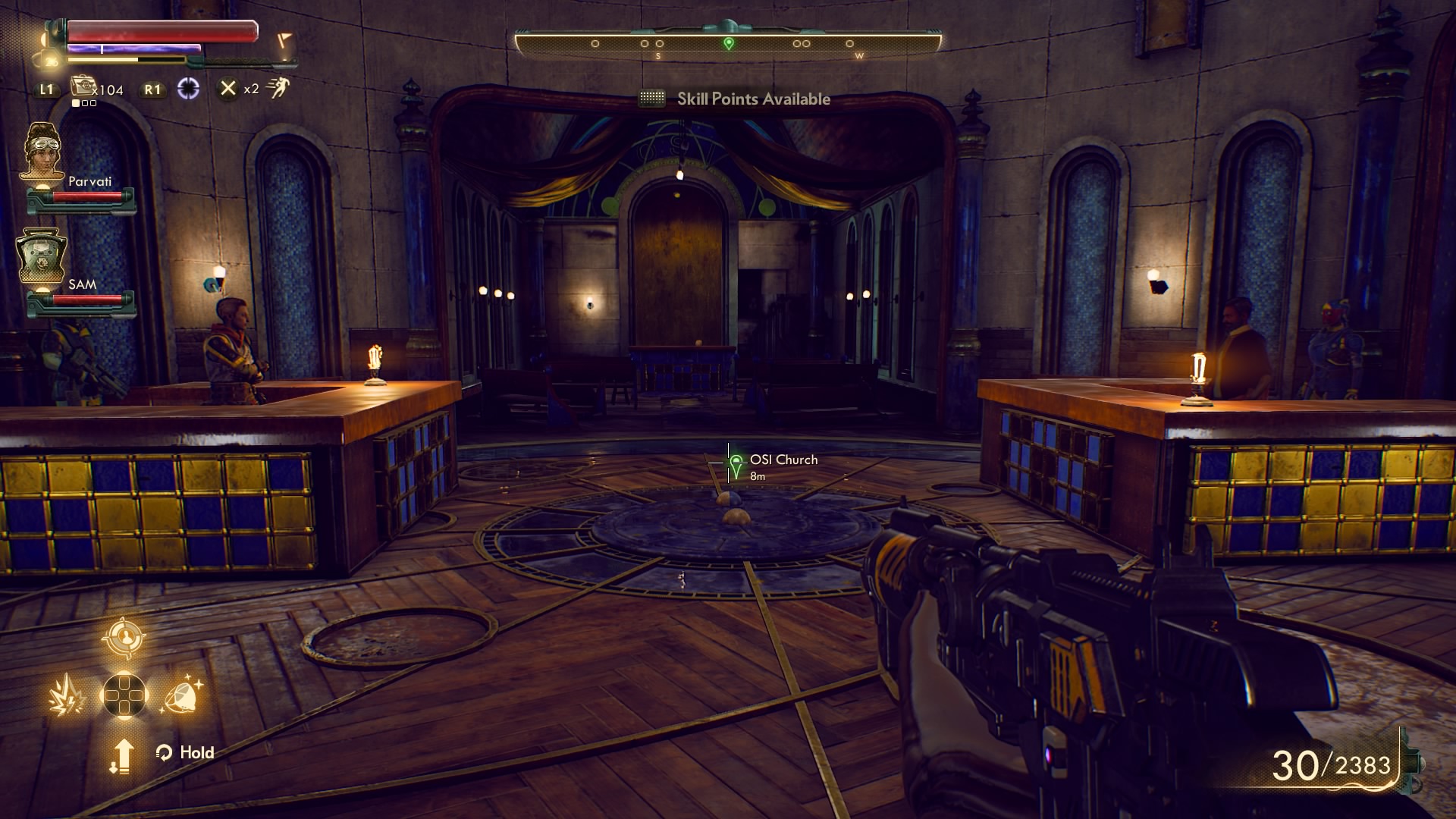 This requires a Persuade or Intimidate check of level 35 to push through, but is accepted.

Suggest that Sanjar didn’t know, then tell him that you found damning correspondence. Scold Zora to “take it back a notch”, then acknowledge the compromise.

You’ll not only get the trophy for brokering a deal, but in excess of 2,000 bits and a unique melee weapon “Soft Speaker” – which buffs your Intimidate skill – for your trouble.