The Fortnitemares Halloween event returns today with the v11.10 update and there’s a bunch of new challenges to get stuck into.

Much like last year, you’ll be battling some creepy creatures around the Battle Royale map. There’s been loads of zombie and horror-related skins and cosmetics in the item shop over the last few days to get you in the mood for Halloween.

You can visit the monster spawn point on the map or take part in the Storm King Squads LTM. You’ll need to work as a team to destroy his weak spots and damage his horns if you want to succeed.

The Pumpkin Rocket Launcher is also rumoured to be making a comeback, which you’ll be able to find in chests. 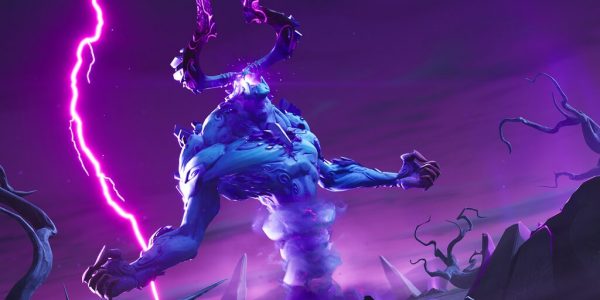 You can find various zombie enemies in the purple circle in the centre of the map. You can also face the Storm King as part of a squad. The Storm King is a big demonic guy with large horns.

You’ll earn various cosmetic items during the event, including the Storm Sail glider for your troubles, alongside a bunch of XP. Various areas of the map have had a ghoulish makeover which you’ll need to visit to complete challenges.

You can find floating furniture in houses in Frenzy Farm, Salty Springs and Pleasant Park. Zombies might randomly attack you around different areas of the map, so keep an eye out for them.

There also new Fortnitemares Medals to earn throughout the event:

Thanks to Lucas7yoshi for finding these.

And that’s it! If you’re still looking for the letter F, the letter O and letter R you can find them here. You can also check out our guides on where to find a fishing rod and catch Floppers and Slurpfish, where to find Upgrade Bench locations and how the new Battle Pass Medal system works.