In The Outer Worlds there’s no right answer. As you make your way through the game’s side quests you’ll be called upon to make choice-after-choice with nothing but your gut to guide you.

To help you get started, we’ll be looking at some of the early quests in Edgewater, including A Small Grave Matter, The Long Tomorrow, and Die Robot.

We’ve bundled these quests together because they’re not really linked to anything else in town, and you can complete them to easily increase your reputation with Spacer’s Choice – even more so if you chose high Charm when you created your starting character.

This is likely the first side quest that you’ll come across in the game where you meet Silas outside the front gate of Edgewater. 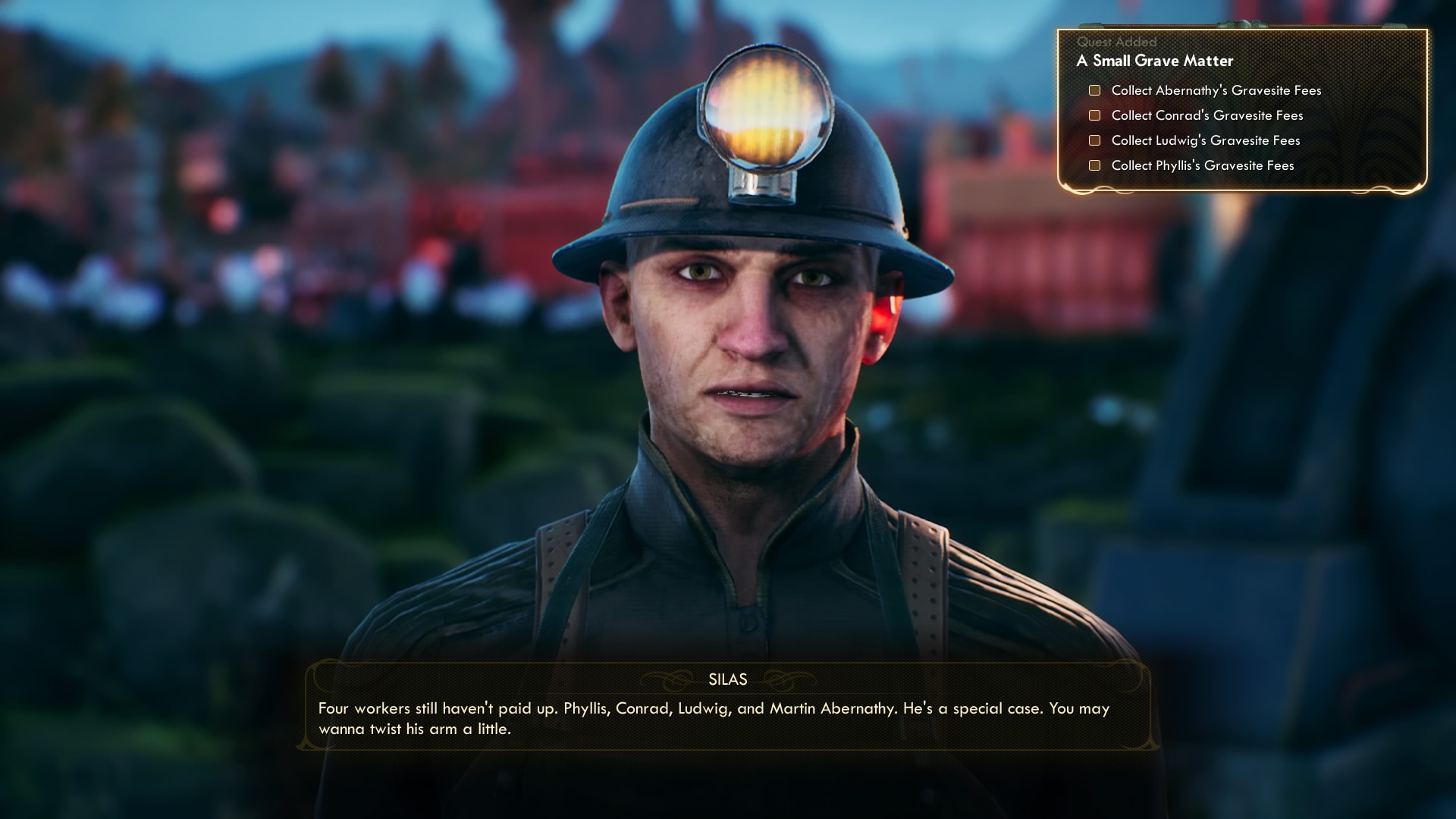 Speak to him and ask him what work he has on offer when he questions who you are. He’ll divulge that he’s having trouble getting the townspeople to pay up for their grave rentals.

Agree to help him out and head into town.

Get Conrad to pay

From the town entrance, Conrad is the closest quest marker. Speak to him in the barbers and say that Silas sent you to collect. 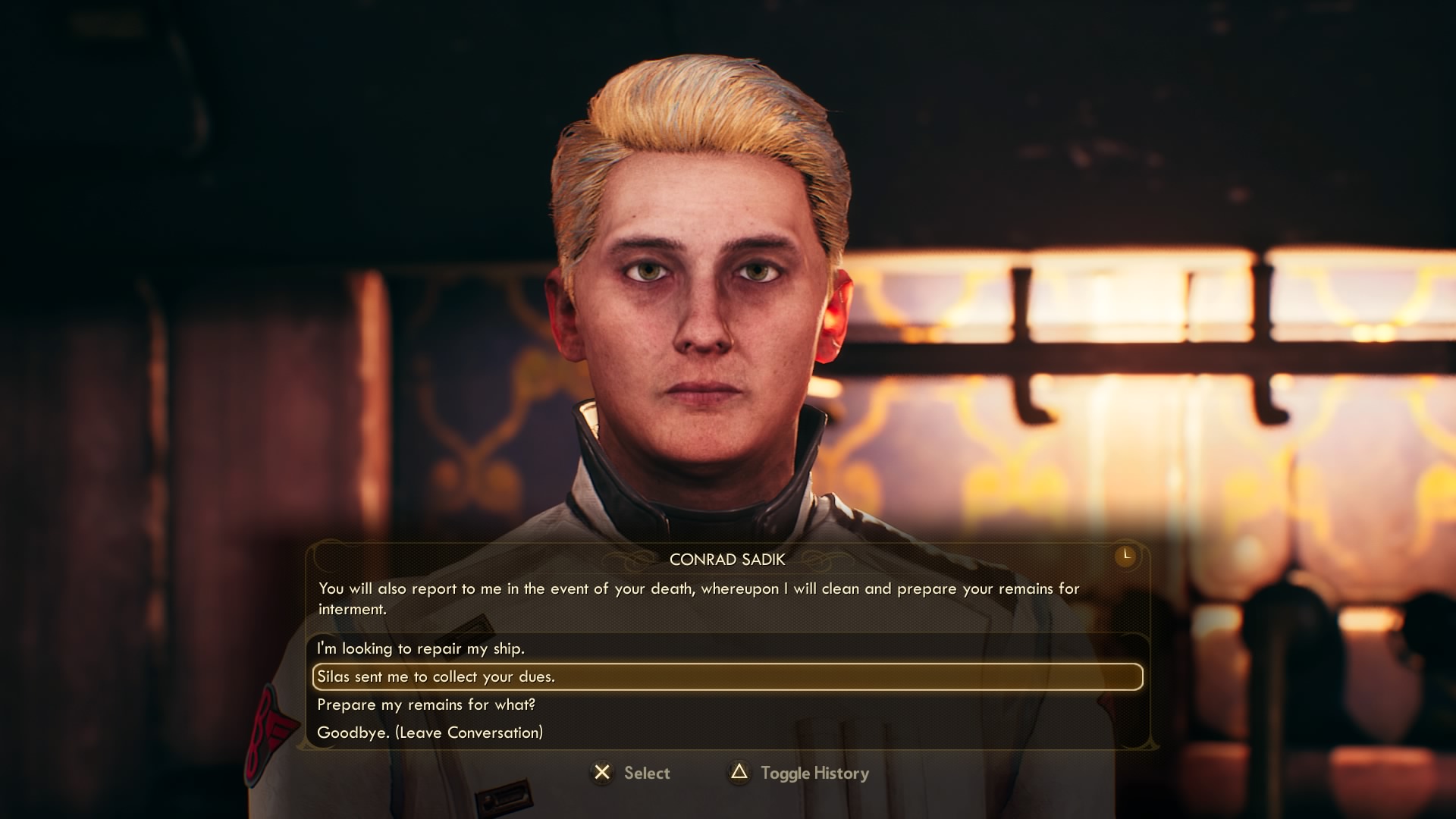 Try persuading him to give Silas an IOU. He’s into the idea but doesn’t have anything to offer.

To solve the puzzle, go into the next room of his house and examine the letter on the counter next to the body. It mentions an acquaintance’s golden teeth.

Return to Conrad and persuade him to use the teeth as collateral. You’ll need to stress that he has no other choice but to comply, and you’ll complete the objective. 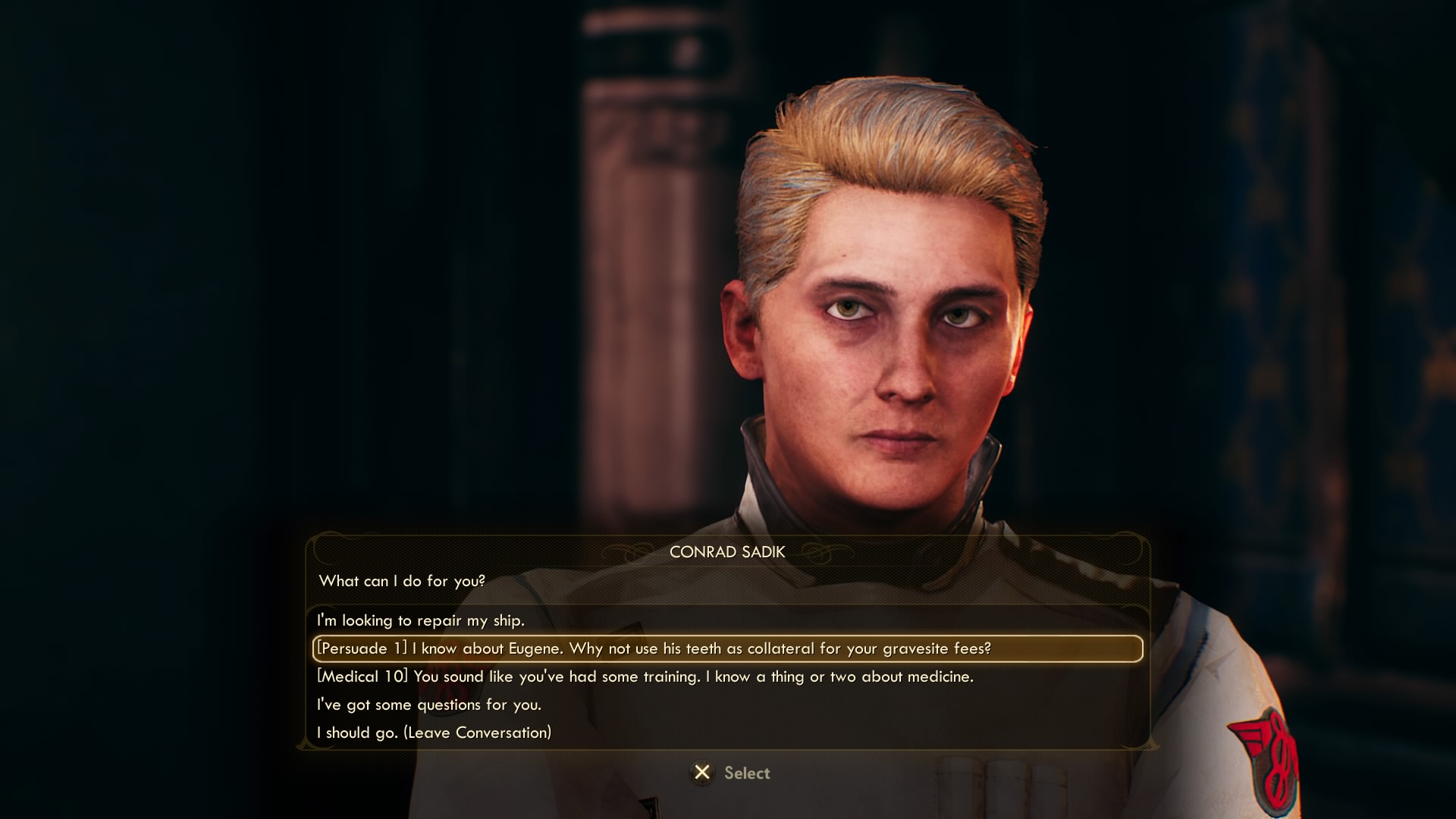 Collecting the rest of the dues

All you need to do with the other deadbeats is speak to them and they’ll pay up. However, Martin Abernathy and Ludwig will both give you other quests, which we’ll run-through below. 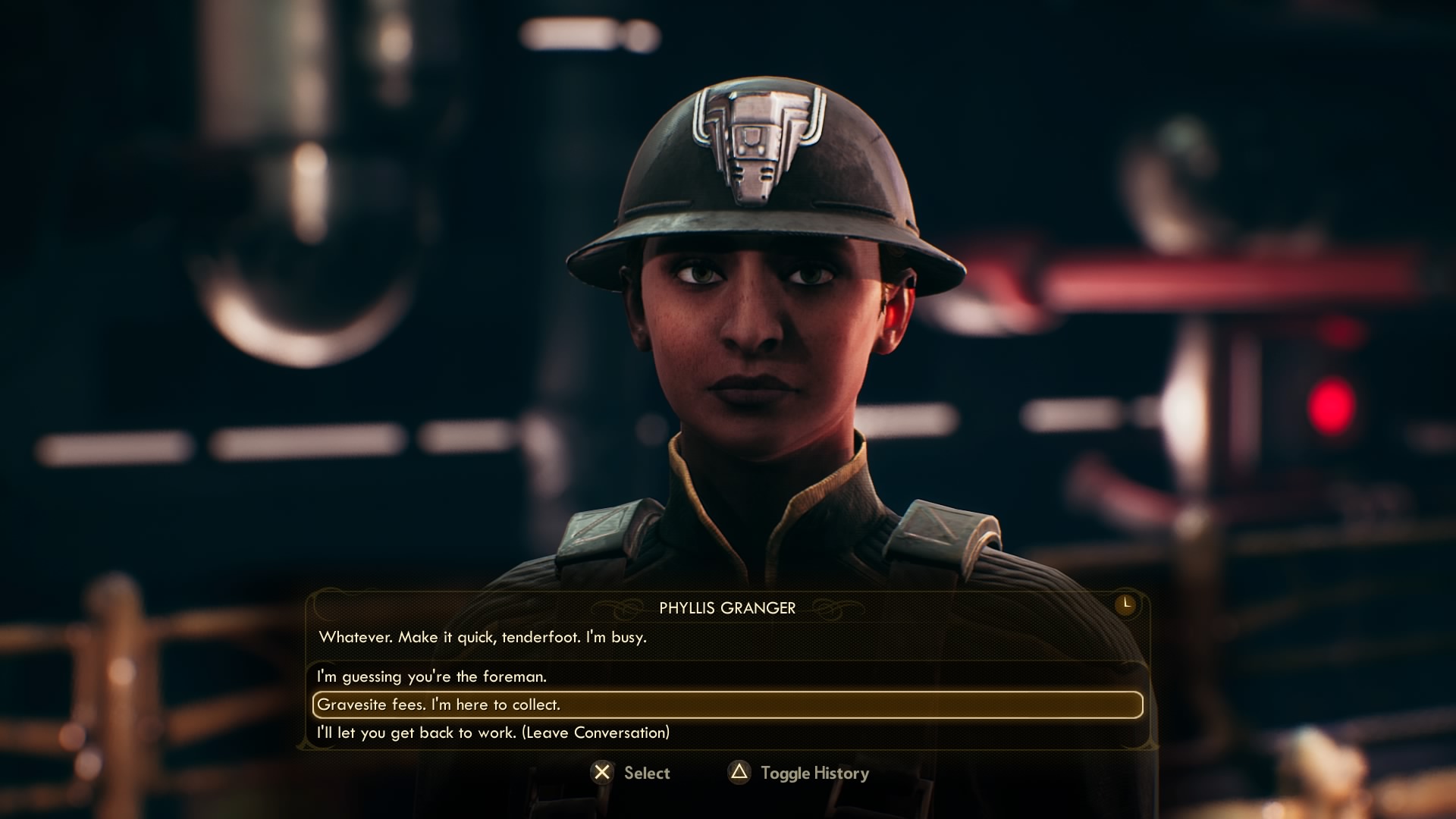 Once you’ve spoken to everyone, head back to Silas. You’ll receive some positive reputation and some bits for your trouble.

When you speak to Martin Abernathy, during the conversation he’ll ask you to find a cache of medicine to help him the “plague” that’s afflicting Edgewater. 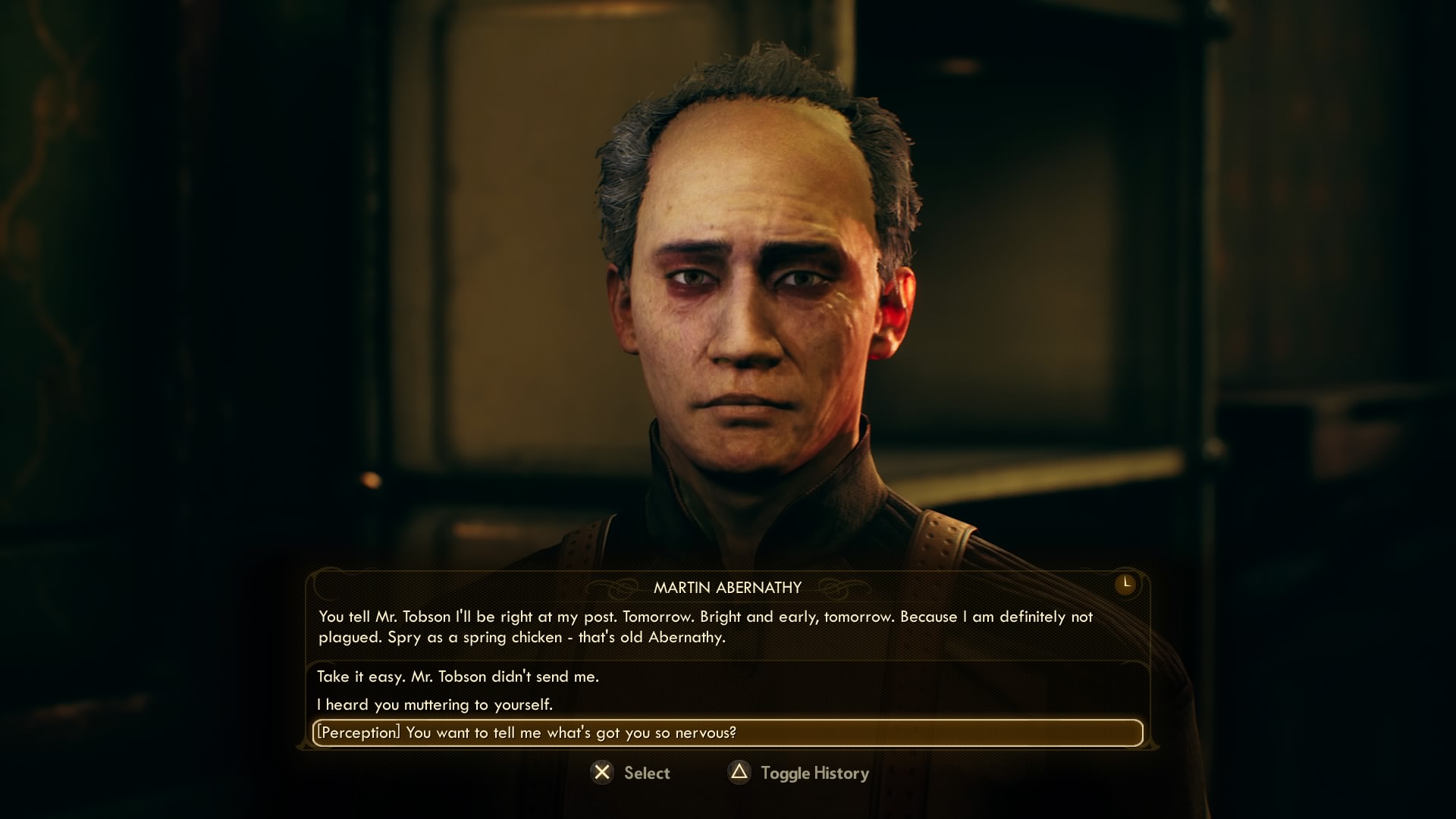 Exit his house and you’ll be approached by Esther Blaine, who says that Abernathy’s faking and she could use the meds to help people in real trouble. 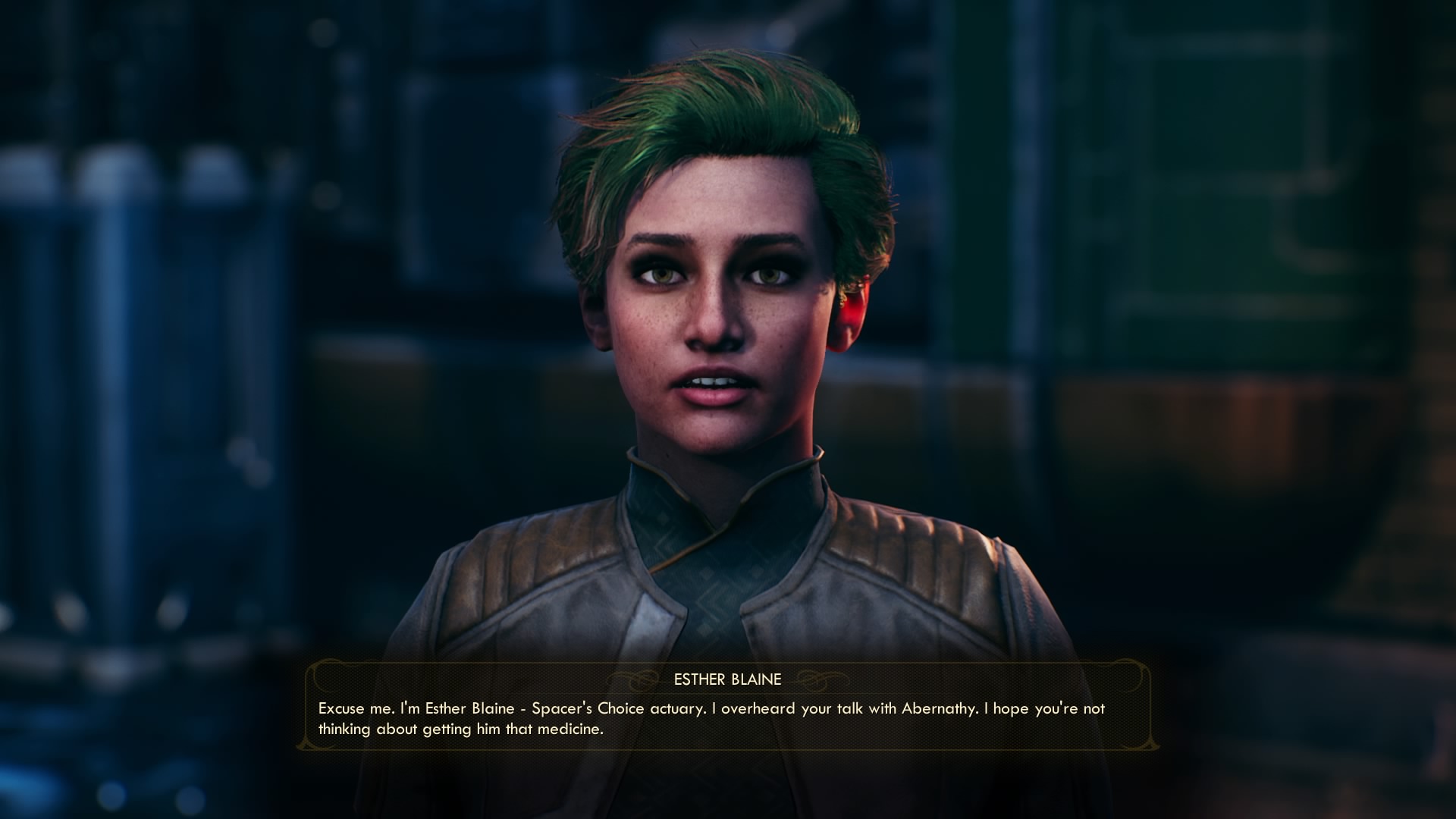 Track down the meds to the old community centre marked on your map just outside of town – it’s not too far away, so it shouldn’t take you long to get there. Once inside, you need to clear the place of marauders and grab the key to the First Aid room. Enter the room and pick up the Experimental Anthrocillin.

Should you give the medicine to Martin Abernathy or Esther Blaine?

When you return to Edgewater you have three choices:

If you give the meds to Abernathy, he makes reference to “the first hit” always being the best – which hints that he might not be after the Anthrocillin for purely medical reasons.

Alternatively, if you give the cache to Esther you can try a persuade check for a few extra bits. You can play the goodie-two-shoes or be the ambivalent mercenary, it’s up to you.

Die Robot quest guide – how to fix the mechanical sentry

While you’re speaking to Ludwig, you can ask if his resistance needs a hired gun. He enthusiastically agrees and sends you to deal with a robotic intruder at the junkyard. 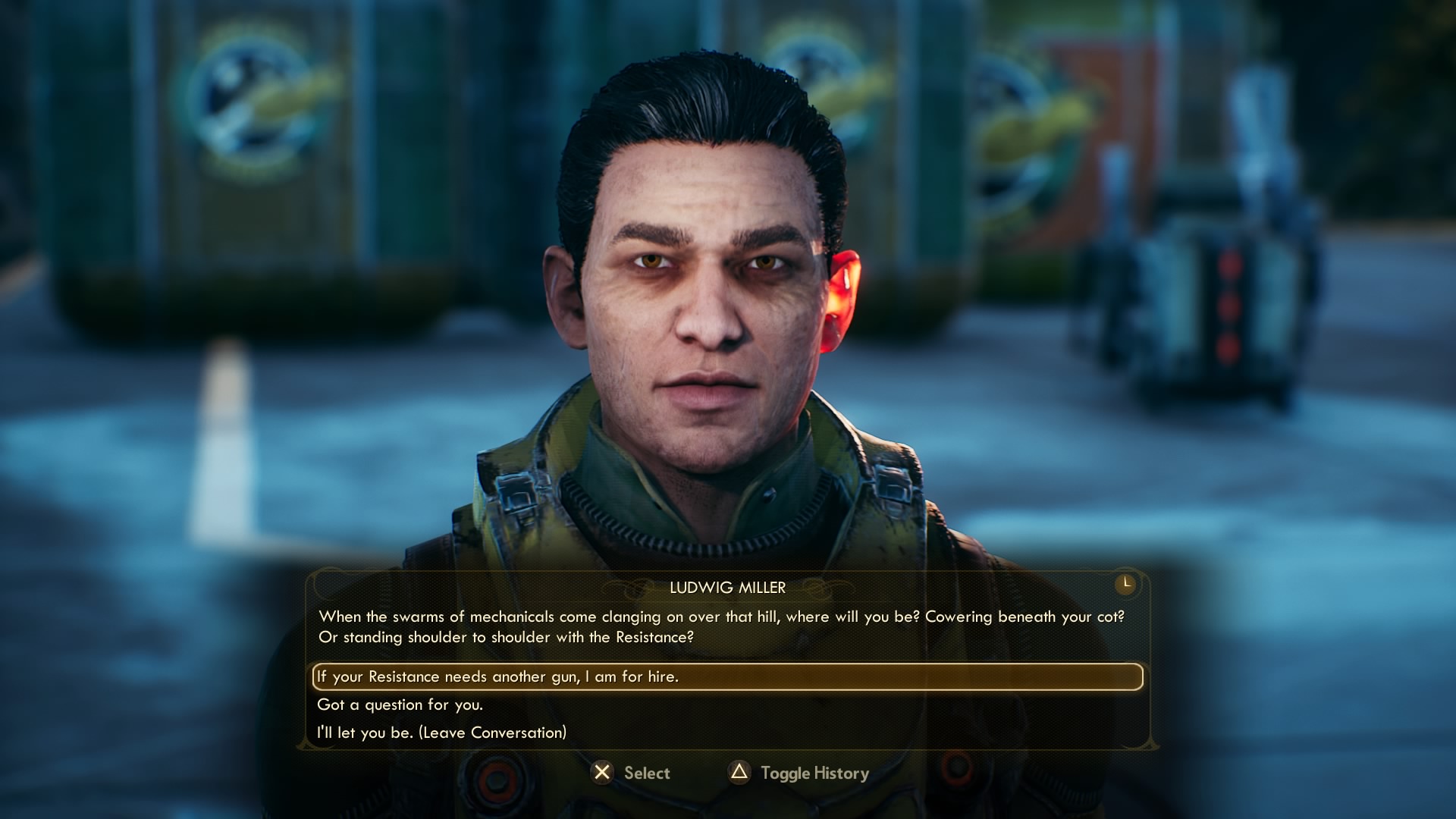 Follow the quest marker around the back of Edgewater and you’ll find the lost little robot. Speak to it and you’ll find you need 46 Engineering to fix him yourself – a hefty barrier at this stage of the game. 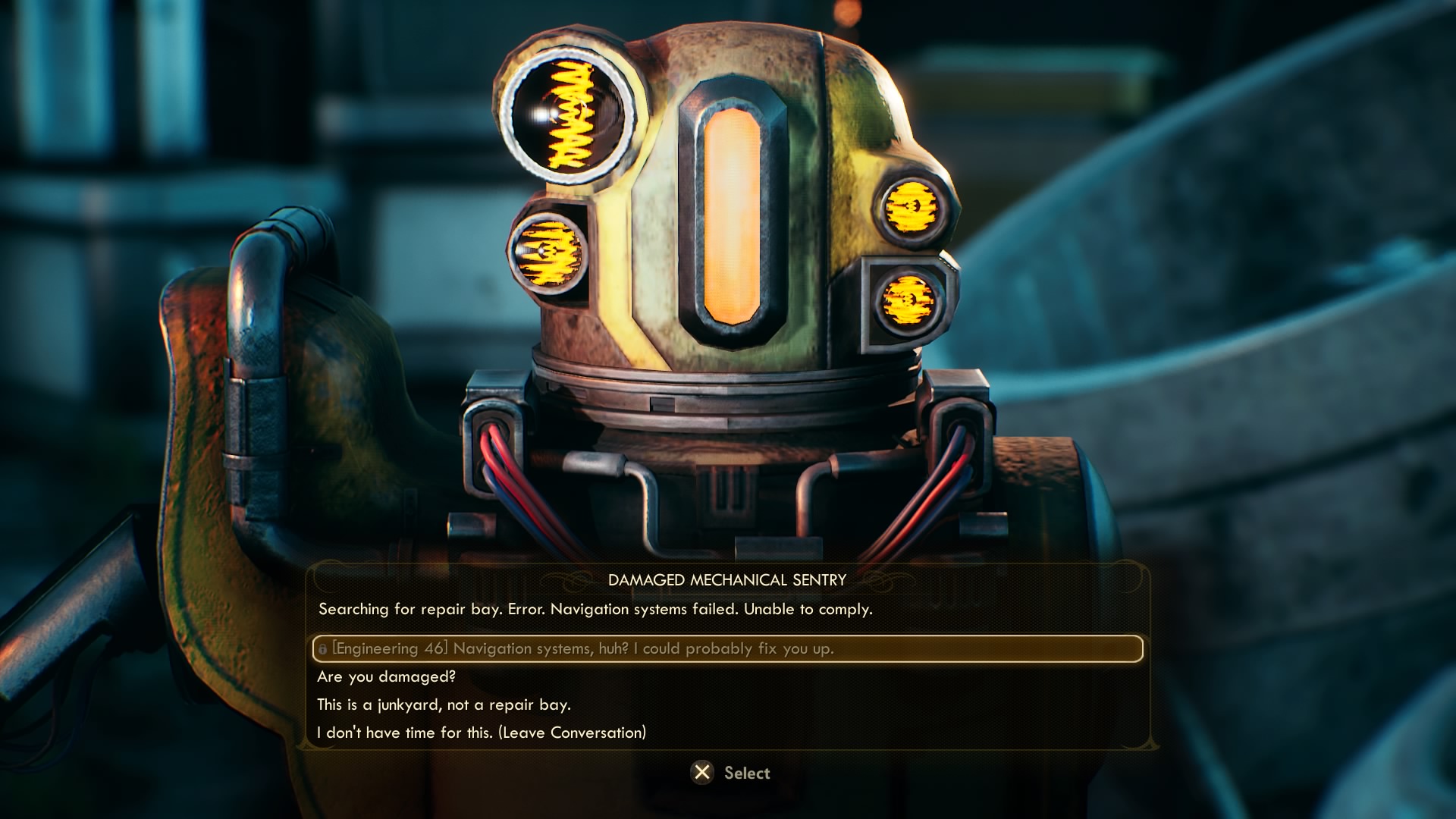 If you speak to Reed at the saltuna cannery and welcome Parvarti to your party as a companion, then you can bring her along with you. Her engineering expertise comes in handy and she fixes the bot for you. 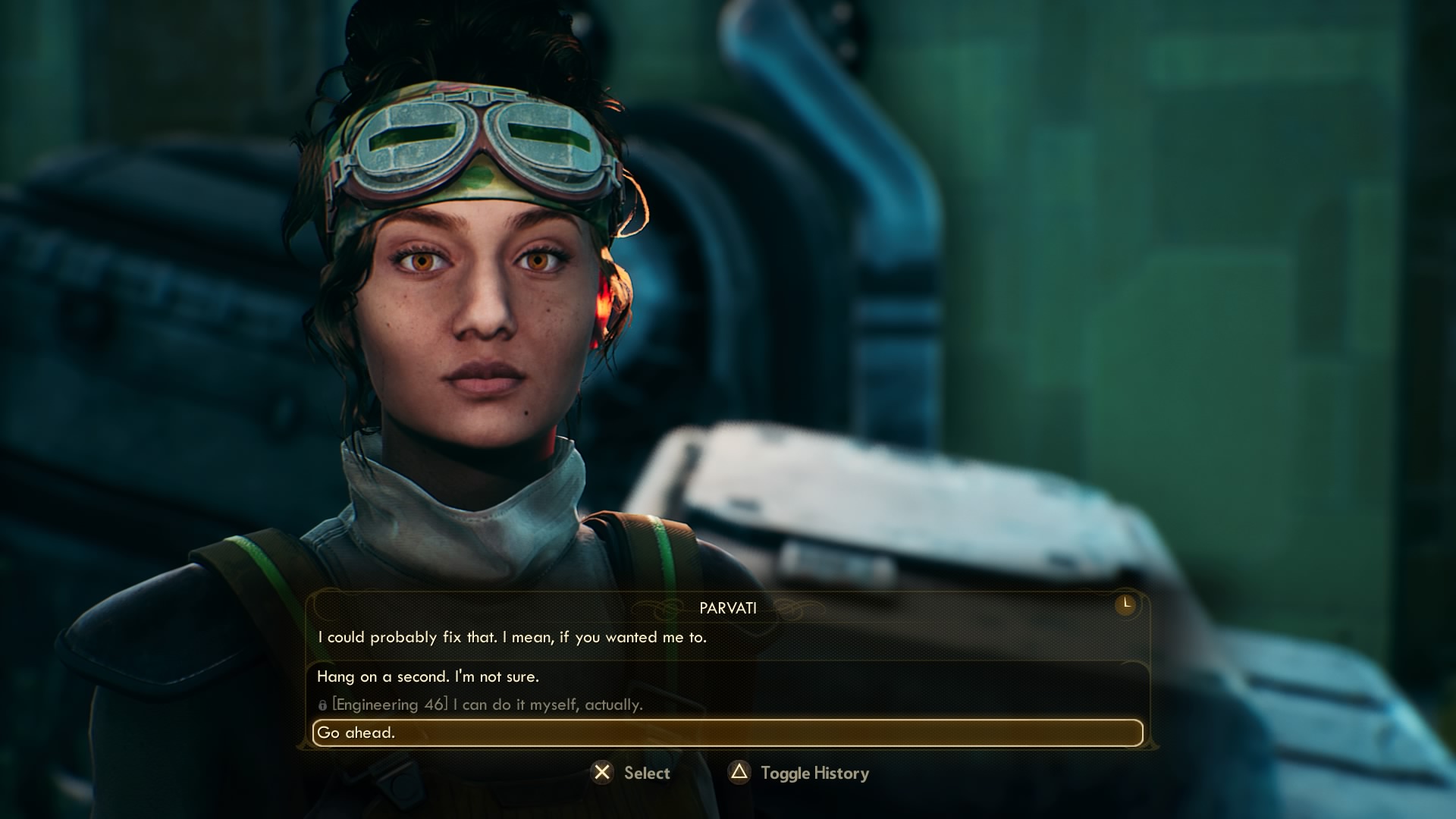 Return to Ludwig and he’ll send you to the bar to find a package behind one of the toilets. 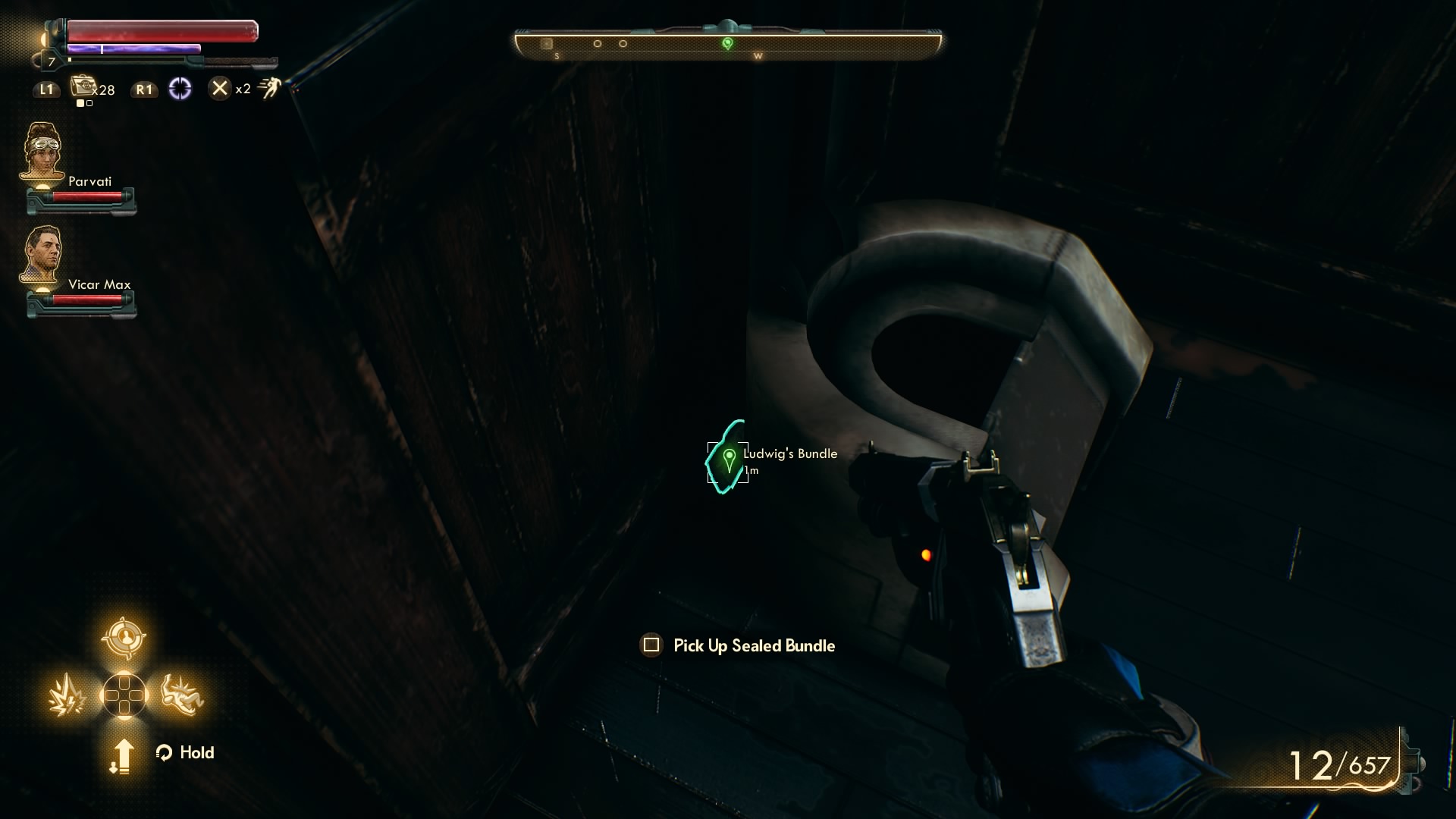 Retrieve the package and return to Ludwig and he’ll send you after a logic module, which is in the Geothermal Power Plant north of Edgewater. To gain access you need to speak to Reed for a code. It’s worth noting that you’ll also visit it during the And then Power main quest. 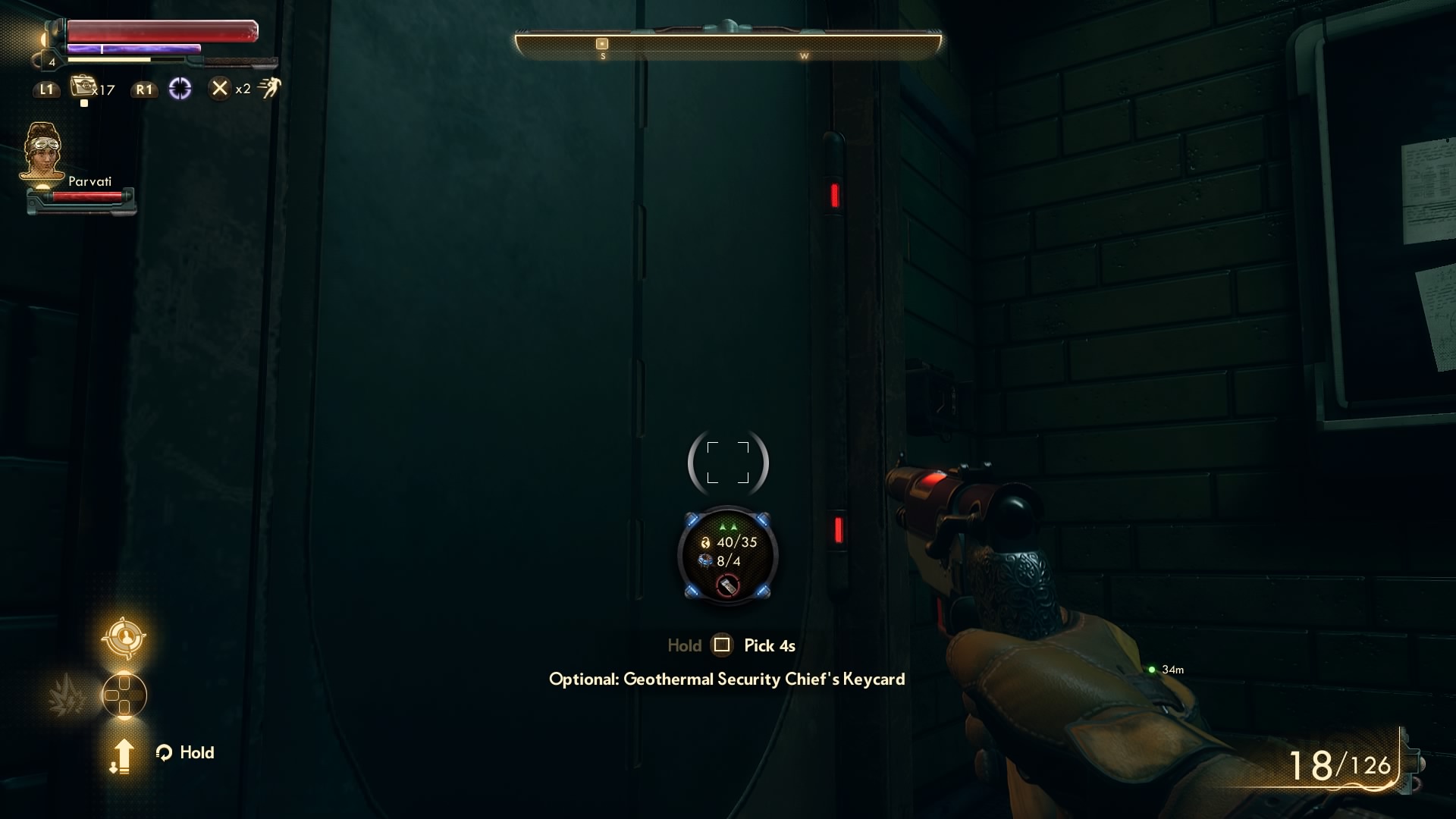 The logic module is found in the locked office in the central room just as you come into the plant. 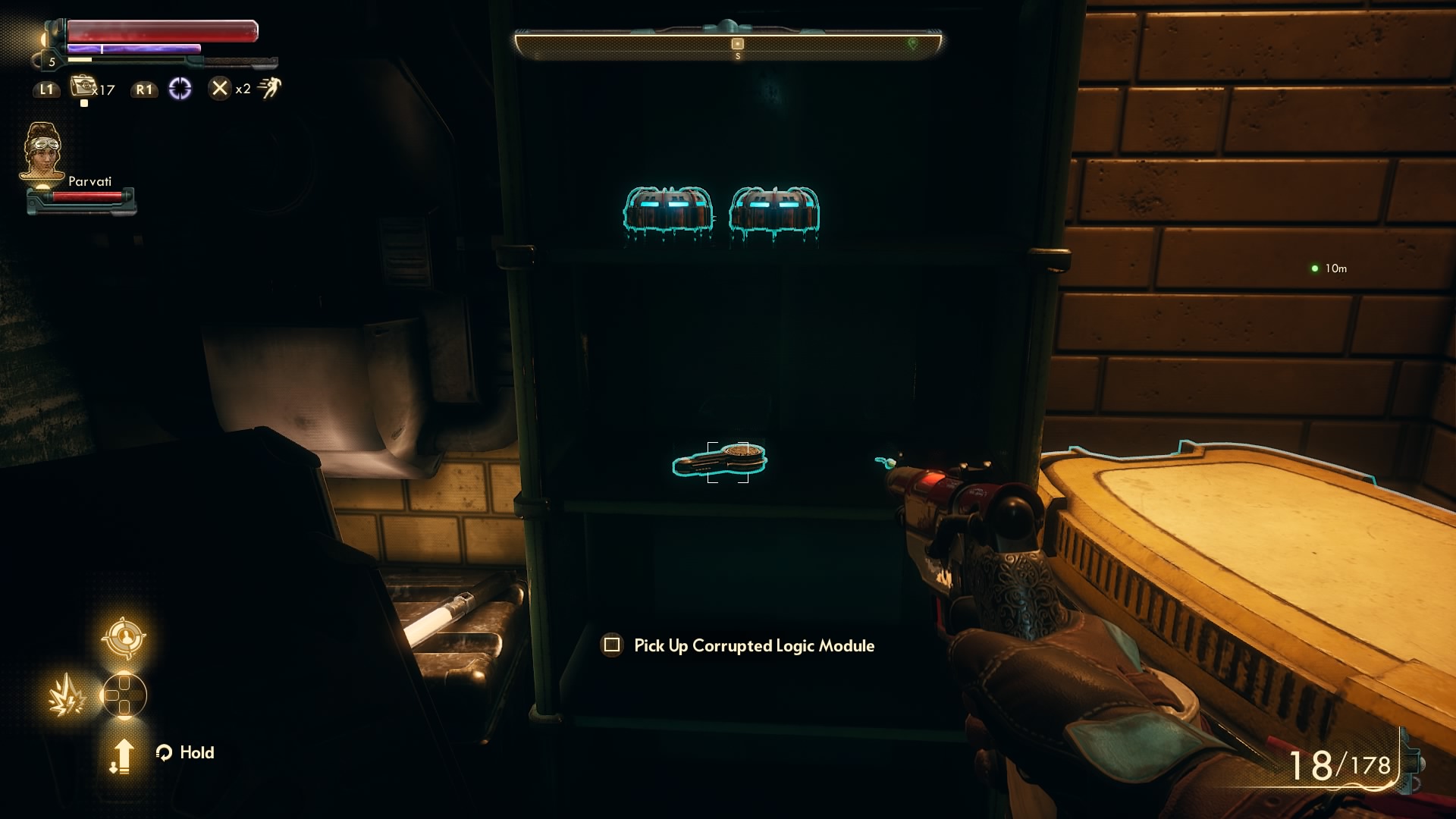 With the module in hand, return to Ludwig and he’ll gift you a unique weapon – the Shock Stick – as a reward.

From here, why not tackle the “And then Power” quest? Or if you’re already done, here’s how to recruit every companion and track down the powerful science weapons hidden around the colony.

You can also check out our guides on where to store your items and our top tips for what Attributes, Skills, and Aptitude you should pick.