Daybreak Games is still working on Planetside 3, and last month’s Arena spin-off is how it plans to get there.

One month on from launching the kinda-sorta-battle-royale spin-off Planetside Arena into Early Access, developer Daybreak has posted to reassure fans that a full-fledged threequel is still in the works.

Writing on the Planetside blog on Friday, executive producer Andy Sites gave a few more hints towards where the massively multiplayer shooter could go next. Planetside 1 and 2 went large on a continental scale, but it sounds like 3 wants to go interstellar.

Daybreak are looking at leaving the planet behind for a “full-fledged galactic war with empires exploring, colonizing and conquering one another” on a galactic scale. Arena, then, is there to serve as a “stepping stone” between Planetside 2 and 3. 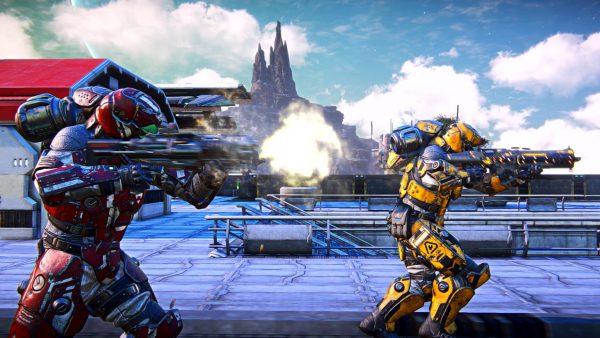 Running a smaller spin-off lets them go wild with new ideas without completely breaking Planetside 2’s balance. Seven years in, Daybreak is hesitant to make any changes to the established continental back-and-forth.

“PS2 offers a very unique experience that the current, active community enjoys. Trying to incorporate different game systems or styles of play or even trying out new modes would be disruptive – potentially catastrophically.”

To service this, Arena will soon get more modes and features to play around with. This includes a non-BR mode that hopes to bring in some of Planetside’s mass combat via shorter sessions. This drop-in mode will arrive with a new map, plus a wider range of vehicles and weapons. Daybreak isn’t keen on lingering in beta, either.

Once core features and content for Arena are in, the studio wants to “GTFO of Early Access” ASAP.

A massive new sequel and two continued live games, though? Those are ambitious goals for a studio that just suffered its second round of layoffs in under a year. 60-70 more employees lost their jobs last December in order to “optimize its structure”.