Star Wars Jedi: Fallen Order isn’t a straight-up melee action game, instead featuring open-ended planets packed with secrets and Metroid-style exploration. Here’s some of the folks from Respawn explaining how that came to be.

Jedi: Fallen Order isn’t exactly the obvious movie franchise spin-off game you’d expect. It’d be easy just to make another Star Wars action game where you hack and slash your way through linear levels as an over-powered Jedi – but developer Respawn is aiming to do something different with this game. Those differences were pleasantly surprising, as detailed in our lengthy Fallen Order hands-on impressions – including a map and world design that seems to owe at least a little to Metroid, puzzles that could’ve been in Tomb Raider and even a death mechanic that closely resembles the Soulsborne Bonfire system.

After our hands-on, we got the opportunity to sit down with some of the huge team behind the game – narrative lead Aaron Contreras and lead level designer and Jeff Magers. Here’s our chat with them, where we touch on level design, character power levels and the process behind choosing which Star Wars planets to visit.

VG247: What was your approach in development to get to the sort of design you have? Going into the game, based on the people involved, I’d anticipated it’d be a pure action game, y’know? But then you get in and it’s sort of… Metroid-ish? How did that come about – and how does it impact things on the narrative design side?

Jeff Magers: When approaching level design, we just want to make a game that we wanna play from an exploration perspective. I really like exploration in games – I like re-traversing planets that you’ve been to before. We thought that this sort of structure of game really fit nicely with our core tenant of ‘becoming a Jedi’ and this kind of hero’s journey, and growing as a character throughout the game.

When you’re going through the game early, you’re seeing that you’re blocked off from certain areas. You can’t get everything. But as you gain new powers and abilities, Cal can now overcome obstacles that were previously preventing him from exploring fully.

Aaron Contreras: Yeah, it’s certainly more complicated. It made my job harder! But that’s truly where Jeff and I and our teams have focused on collaborating in Fallen Order – it’s wedding this design that involves a lot of re-traversal, a lot of secrets, a lot of gates, a lot of kind of exploring and really engaging with the world in order to get more reward out of it – with a traditional cinematic Star Wars story. Making those two things work together has probably been for me one of the most satisfying parts of working on this project.

VG247: What’s it been like trying to balance the openness – I notice you could leave a planet before you’re done with it to visit another, and I noticed lots of secrets I’d seemingly need to come back with more powers to pick up…

Aaron Contreras: I think we have to be very careful about where we keep you from proceeding forward on the critical path and why. We’re also very intentional at certain points about trying to nudge the player – about like, okay, maybe it’s a good time to go explore, or go back to a place you’ve been before and maybe there’s more secrets there.

It’s really informed how we do encounter design, how we do AI voice-over… because you’ll be going back through these locations again world states might change, the empire might be there where they weren’t there before – and that plays into the sort of dialogues you’ll have. You may have noticed there’s optional conversations you can have with your crew members… all those sort of things are part and parcel of giving the player the opportunity to engage as they want to as they move through the world.

Jeff Magers: When we first started working on this game, we really started with the lightsaber first and foremost. Stig Asmussen, our game director, directed God of War 3, so our team had kind of this melee background and pedigree. When we got the opportunity to work on a Star Wars game, we first thought of the lightsaber, of course. It’s kind of a game designer’s dream to make a lightsaber game.

So that’s where we started, and we really wanted to get that feeling right, and then at Respawn we’re really gameplay first in a lot of ways. Of course this is a Star Wars game with an authentic Star Wars story – the narrative is extremely important, and we’re also driven by that, but we really wanted it to feel really good to explore these levels and these planets. Part of that, I think, is player agency. Part of it is traversal on the sticks and it feeling really responsive, and then part of it is, y’know, a player kind of unraveling these worlds.

VG247: Obviously when you have a character with abilities like a Jedi, well… they’re bloody powerful. So what’s it like trying to design, both narratively and in gameplay terms, for a character that can be so powerful? Honestly, I remember a big problem I had with The Force Unleashed was actually feeling too powerful, which led to a sort of dissonance… so how do you avoid that?

Jeff Magers: Going back to when we first started coming up with the lightsaber combat, we really wanted it to feel authentically like a lightsaber. So what that meant for us was killing a stormtrooper in one hit. So that’s where we started, but in a melee game it doesn’t always feel the greatest to just mow through everyone with one hit as you can feel too overpowered.

So that’s where we bring in the block meter so you can find windows of opportunity to take down an enemy with one hit, but also if you just go in and swing your lightsaber they’ve got counters to that. We’ve also introduced a lot of creatures that have thicker skin and can narratively justify taking more hits. The game is really about becoming a Jedi, so it’s starting from the bottom and building yourself up to become very powerful.

Aaron Contreras: Cal is our hero, and he’s a Padawan who survived Order 66. He’s not all the way there yet. He’s not a master when the game opens. So this is really a hero’s journey of somebody who is coming from a very rocky beginning, he’s had a traumatic past, he’s got a difficult relationship with the force, which he has to overcome some challenges with himself and his belief throughout the course of the game… that’s kind of wedded into our gameplay story and our progression story as well – as Cal grows in this story, the player grows and Cal’s abilities grow throughout the course of the game. 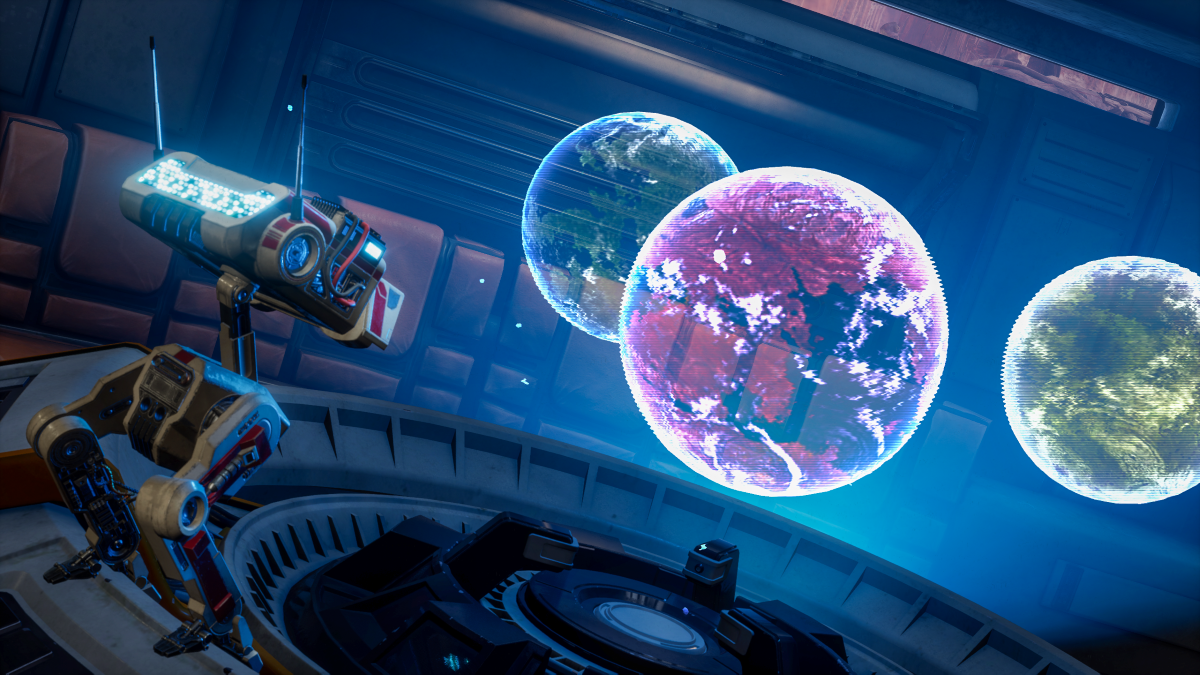 VG247: When you’re coming up with and designing that, what are the conversations with LucasFilm and Disney like… there was a point where the lore was just crazy, filled with super-powerful characters, but then the extended universe got reset. Did you have conversations with them about what Cal could and couldn’t be, and how powerful he might be in relation to Luke and Rey and the like?

Aaron Contreras: Finding a space for Cal as a Jedi in the pantheon of other Jedi, right? You have Luke Skywalker, Yoda, Qui Gon, Rey – I can name them all, but I won’t! It was less about power in the conversation… obviously power is a thing which is very specific to video games. You can write a character to do whatever you want in a movie, and then the next scene they can do something else. In a game you kind of give that agency to the player and have them realize that fantasy, so it’s a little bit more of an intentional thing you’re doing.

It was really more about finding Cal’s story and making him unique, if that makes sense. So, what’s his relationship with the force? Where’s he come from? Where he going to? As soon as we figured out what that arc was and had that resonate with people at LucasFilm and on the team, we knew we were onto something special.

VG247: You’ve got access to this whole wide lore – so how do you make the decisions about where you’re going to go, be that original planets or places we’ve seen before?

Jeff Magers: Building these planets is a super collaborative effort across the whole team, from concept art to narrative, to level design to enemy design. We really wanted to take both planets that you’ve seen in other media, in other Star Wars properties, and also kind of carve out our own planets as well. They both come with unique challenges and strengths.

Working on a planet that exists before, it needs to feel authentic to what has happened before on that planet, and people have a certain sort of idea of mind. Whereas on the brand new planets, it’s about doing something totally new but making it feel authentic still within the universe. That was a fun balancing act, doing kind of both of those.

Disclosure: This preview took place at an event held by publisher EA, with travel and accommodation provided.