The game update has been delayed until the first quarter of 2020, Bethesda said today in a new post.

“It’s going to need more time to be the best, most polished update it can be,” it reads. “We’ve continued to re-evaluate and change our processes to make sure the work we’re doing hits our quality bar, and yours.” 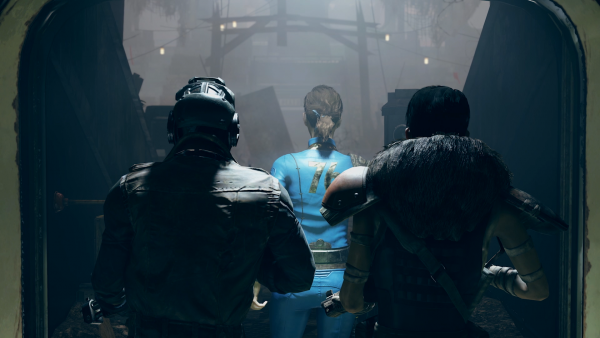 Fallout 76, the first multiplayer title in the Fallout series, released last year to very critical reviews. User reviews were equally brutal, with players flocking to Metacritic to review-bomb the game. Many players complaining about the lack of NPC interaction in the game – which, as Fallout 76 creative director Chris Mayer told VG247, was an intentional design choice.

“That was a deliberate design decision. It’s something we wanted to try,” said Mayer during E3 this year. “But after listening to the community feedback and seeing that really wasn’t what the community wanted, that’s why we made this decision, let’s bring them in. And I think it sort of fits nicely with the story as well, it’s like you let the players in, they start rebuilding the wasteland, now people are coming back – those people that are coming back are all the NPCs and with them the story.”

The free Wastelanders update is intended to fix this issue by introducing human NPCs to the game, alongside full dialogue trees, and missions. Bethesda is calling it “one of the largest expansions we’ve ever done.”

In the meantime, Bethesda is releasing its number one community-requested feature for Fallout 76 next week: Private servers. In the future, says the studio, players will be able to mod these worlds too.