The Season 10 finale has brought about the end of Fortnite as we know it after the map was sucked into a singularity.

The Fortnite social media accounts have been dark since last night and the game was even deleted from Epic Games’ Twitter banner. It’s not clear when or if Fortnite will be going live again, so make sure you keep up with all the updates here.

The Italian App Store appeared to leak a new game, Fortnite: Chapter 2, which would make sense given the rumours that Fortnite will exit its early access period once downtime has ended.

There’s also the fact that the developers have previously announced that the new season of Fortnite will have better matchmaking and will introduce bots to help ease in new players. It’s unlikely that they posted these proposed updates for shits and giggles, so watch this space. 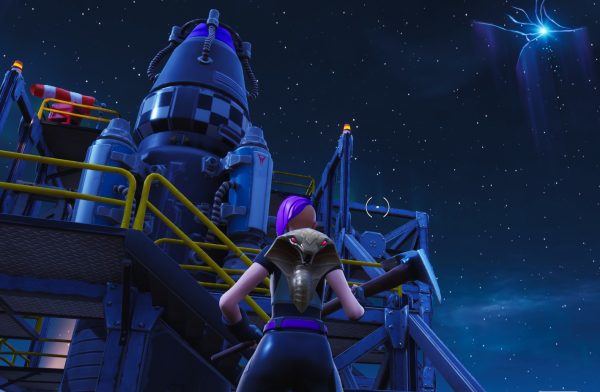 Various numbers have streamed out of the singularity and some dataminers believe they’re part of an encoded message from The Visitor. He left several cryptic messages lying around at the end of Season 10, so it makes sense that he’d try to send a message through time and space to warn The Seven – or us.

Dataminer Hypex has found what looks to be an entirely new map or island, with 12 new named locations to explore.

It looks like we’ll either be leaving the Battle Royale island for pastures new, or you’ll be returning to the current island with an entirely new map. It’s difficult to say right now what will happen with the supermassive black hole because I’m neither a scientist nor a game developer, but we’ll keep you right.

The Seven have been referenced now and again and the Fortnite Reddit Community seems convinced that The Visitor and Scientist are two of the Seven, who go around opening up rifts. The transcripted version of The Visitor’s recording suggests that they were trying to build a connection between an Island and some unknown location.

There were also hints earlier in the season that Fortnite Battle Royale is about to end its early access period, which will shake things up a bit. We’re not sure if there will be a different kind of Battle Pass or paid element this season, but it’ll all become clear soon.