In the game you and your friends can participate in online co-op matches or you can queue solo for some 4v4 action.

You can host your own tournaments using local wireless between two Switches. On PC, eight players can fight it out on one screen.

The game features six symmetrical maps, and both teams will have their own hive. The maps are filled with berries, upgrade gates, and a single Snail in the center. Matches place two squads of four against one another, each with three Workers and one Queen.

Workers start off defenseless but once you fill your team’s hive with berries, you can win an “Economic victory.” You can also ride a snail to take over goalposts, or even take a berry to an upgrade gate and transform into a Warrior capable of flight. As a warrior, you can also use weapons such as Swords, Morningstars, and Laser Rifles.

Each team has a Queen, which is capable of flying and attacking from the start. They only have three lives though, so killing the opposing Queen three times will win you a Military victory. The first to three victories of any variety wins.

To recap, you can win three different ways: Sneak the Snail through the goalposts, gather berries for a an economic victory, or transform Workers into Warriors for a military battle.

To get a better idea of how it plays, give the video a watch. You can also read Polygon’s hands-on with the game.

A Switch physical edition will be released on October 25 and comes with Nintendo Switch controller skins, a cartridge, and exclusive game art on the box for $29.99.

It is also in development for Xbox One. 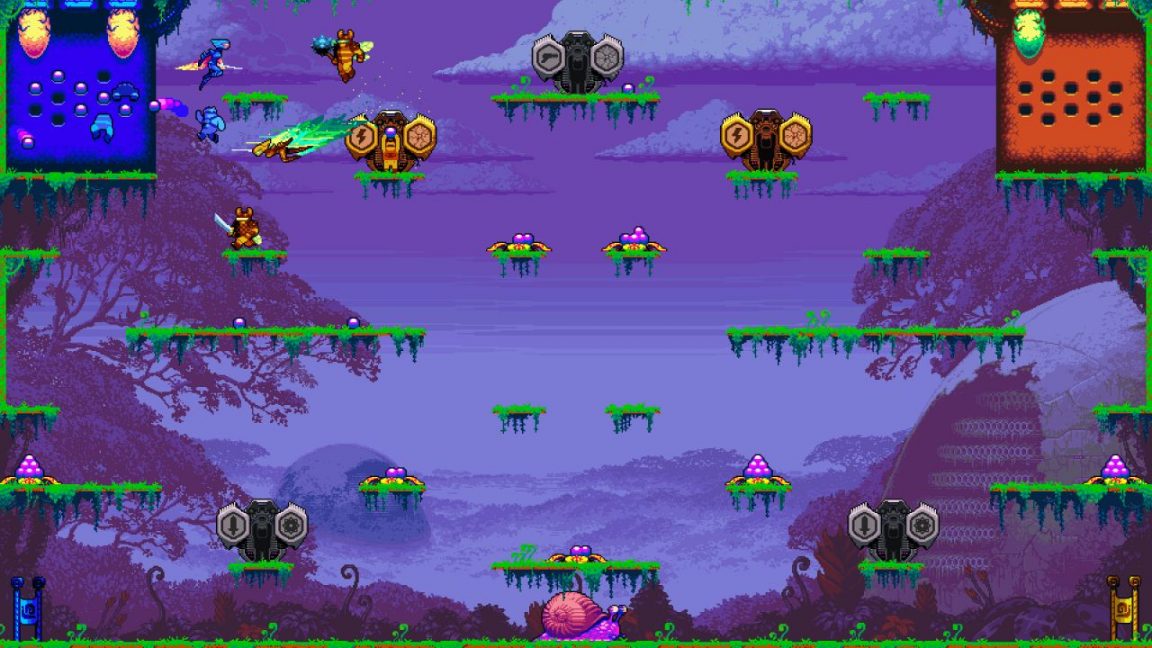 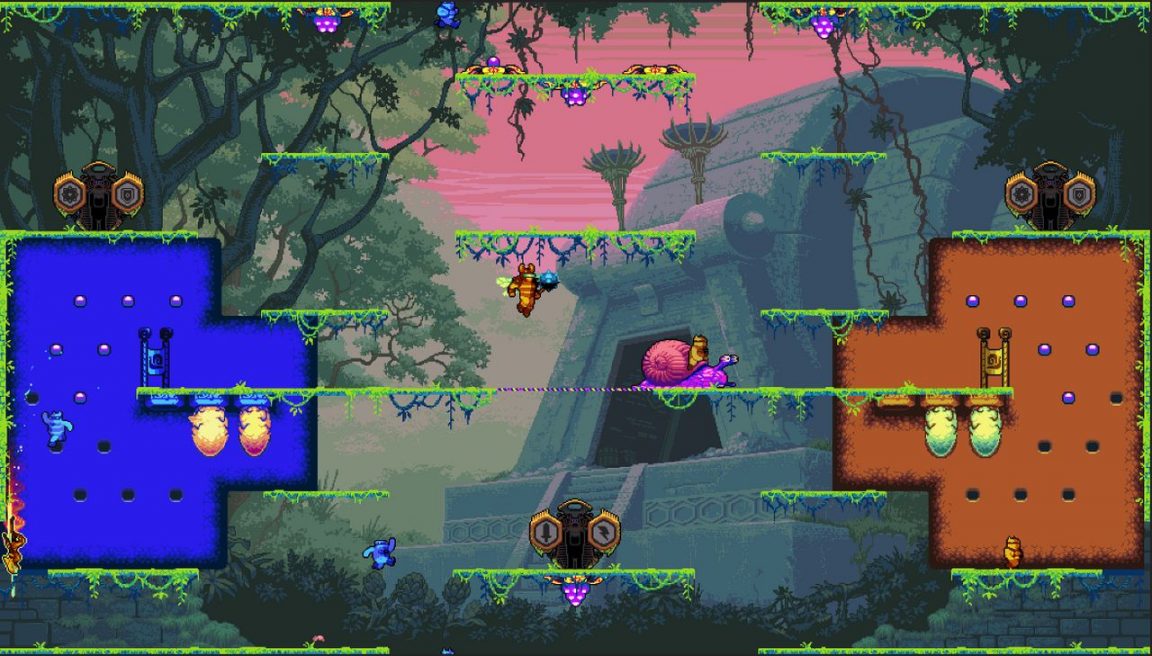 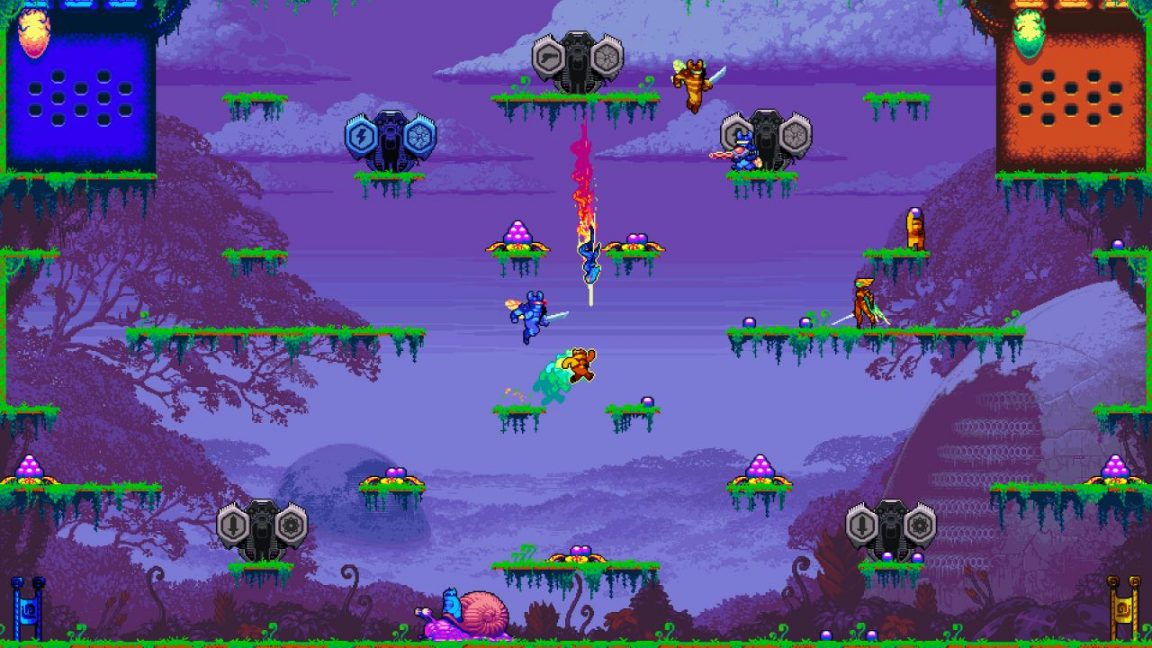