In time for the spooky season, Resident Evil 2 Remake has just got its big price cut in the UK from Base.

While there’s a slight difference in price, this is nonetheless the cheapest Capcom’s survival horror remake has been yet, which isn’t just one of the best video game remakes ever but arguably one of the best games of 2019.

It’s not enjoying quite as low a price in the US, though Amazon US has both PS4 and Xbox One versions available for $38, which is still quite a saving from its $60 launch price. 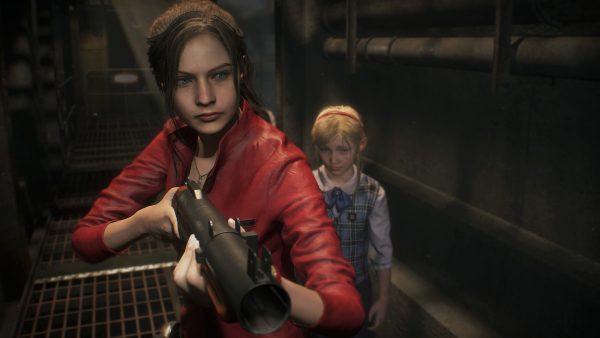 This follows the release of Switch demos for Resident Evil 5 and 6, which are now live on the eShop. Not only can you carry progress over to the final game, but if you happened to have already purchased Resident Evil, Resident Evil 0 or Resident Evil 4 previously, you will automatically receive a 33% discount for each.

Alternatively, you can also make a saving on the physical triple pack containing Resident Evil 4, 5 and 6, which you can preorder from Amazon US for $49.99. However, make sure you have storage space on your Switch as only RE4 comes on the cartridge, whereas you’ll just get a download voucher for the other two.

Either way, that’s plenty to keep you shlocking busy over Halloween. And for Switch owners, you’ll even be able to take Resi with you to your Halloween party.

For more gaming deals, be sure to check out Jelly Deals. We’ve got info on the best Switch SD cards, the best prices on The Last of Us Part 2, and the best Borderlands merch you can buy.