The Visitor has left several recordings around the Fortnite map, so here’s where to find them.

For these Out of Time challenges, you’re looking for the Visitor’s recordings, which are gold cassette tapes with “Fortnite” written on them. There are six tapes to find in total, so here’s where to find them.

If you can, try and complete this mission as part of a Squad, as you can take one each and tackle the final two in pairs. 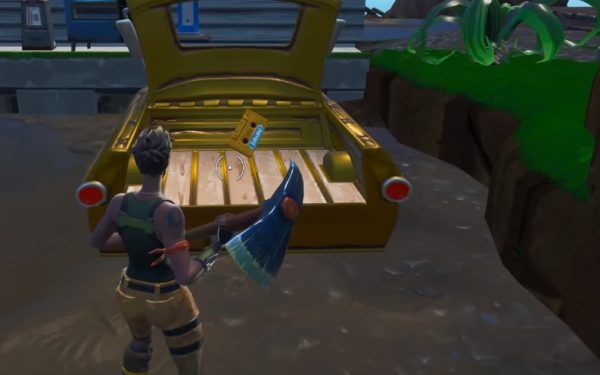 On the Floating Island, you can find the Visitor recording in the back of a yellow truck. At Retail Row, you’ll find in the McGuffins bookstore on the first floor.

Collect the Visitor recording in Moisty Palms and Greasy Grove

Next, head to Moisty Palms and look for the multi-story building. You’ll find a recording on the roof. At Greasy Grove, go into the taco restaurant and you’ll see a recording in one of the booths.

Collect the Visitor recording in Starry Suburbs and Gotham City

For this final step, you’re heading to Gotham City and the new Rift Zone, Starry Suburbs.

A recording can be found in front of the cinema in Gotham City. Next, head to Starry Suburbs and enter the brown brick house. There should be a recording on the bed in a bedroom on the second floor. 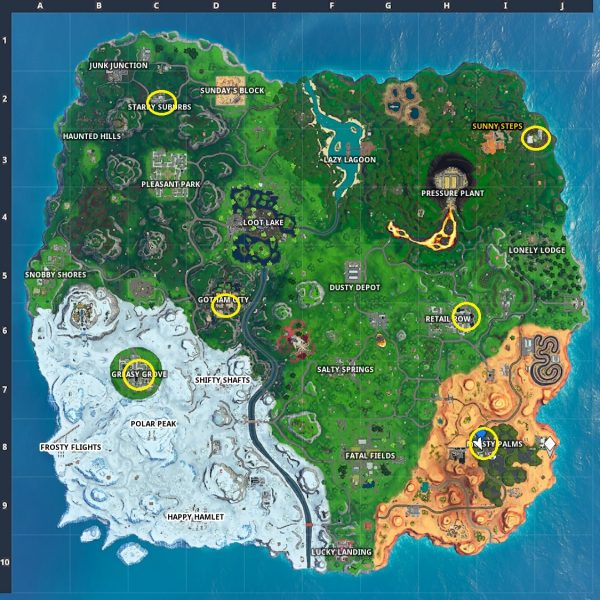 The other Out of Time challenges are:

You have until October 13 to complete them, so jump in now to earn some cool new skins and XP.

You can check out our guides for some of the more difficult Fortnite Prestige challenges here, as well the locations of the Season 10 hidden Battle Stars.