Respawn has now confirmed all the details about Apex Legends’ first Halloween event.

If you’ve been keeping up with Apex Legends news, you’ll know that, much like most upcoming releases, the existence of a Halloween event has been teased for a while through in-game files.

It wasn’t until last week that we got a massive info dump from dataminers, who leaked the event’s name and main game mode. Today, developer Respawn has officially revealed all the details.

Apex Legends’ first Halloween event is titled Fight or Fright, and it’ll be available from October 15 until November 5. Fight or Fright’s main gimmick is a new limited-time mode called Shadowfall, which takes place in a nighttime version of the game’s Kings Canyon map.

Shadowfall matches are solo only, available for 35 players. The start plays out similarly to regular modes, but when you die, you won’t exit the match. Instead, you’ll join the Shadow Squad as a zombie. In this form, you won’t be able to use weapons or legend abilities, but you’ll gain a speed and jump height boost. Your melee attack will be your only weapon in this form, and it’s going to do devastating damage to other players. 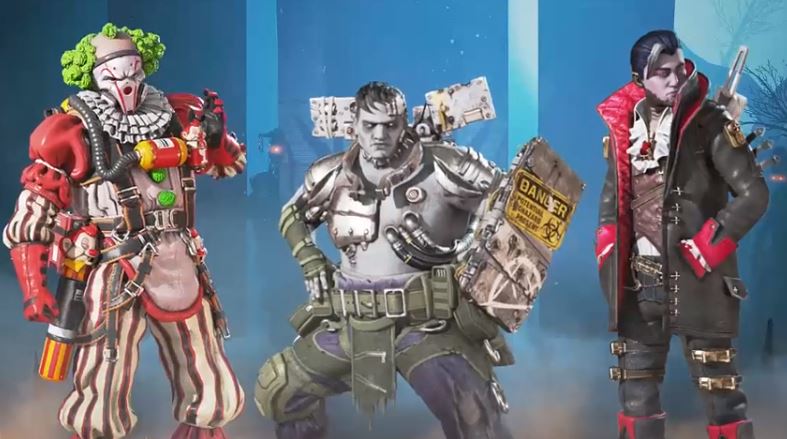 If you die as a zombie, you’ll be able to spawn back in as many times as you like throughout the match. The final phase of Shadowfall kicks off when ten or less players are left. All of them must now work together to reach an evac ship as the Shadow Squad attempts to thwart their escape attempt.

As with all events, Fright of Fright also brings new exclusive cosmetics to the game, though it’s worth highlighting a good change in how these items will be acquired. Respawn is allowing players to spend real money and directly purchase what they want, or use the in-game Crafting Metals currency to do the same.

Apex Packs (loot boxes) will continue to exist, but Respawn is not bringing back event-specific currency. Furthermore, these packs won’t include any duplicate items. Packs, however, will continue to include non-event items.

Head over to the official blog for a look at some of the new skins.