Ghost Recon Breakpoint might be the first game to actually capture what it’s like to be a soldier, isolated and alone, trapped behind enemy lines: sheer despair.

Breakpoint is a miserable experience. Getting across the world is a chore, missions are dull and repetitive, it’s ugly, and the story made my brain want to escape my skull and hop into a bin. Ubisoft’s continued tradition of smushing all its ideas into its games until there’s no semblance of individuality remaining has peaked.

Let me make something clear – I wasn’t a fan of Wildlands, but there was a glimmer of a good game beneath all its issues. I hoped this was going to be a refinement of that, but it’s a step back.

The only thing Breakpoint has over Wildlands – aside from Jon Bernthal who puts in an admirable turn as the antagonist – is the fact it doesn’t come across as jingoistic American military propaganda. Here you’re dropped into the fictional island of Auroa, where a tech company has been hijacked by some mercs. They’ve taken over the island and all its high tech autonomous weapons. It’s up to you to shoot all these bad guys in the head and steal their shoes. 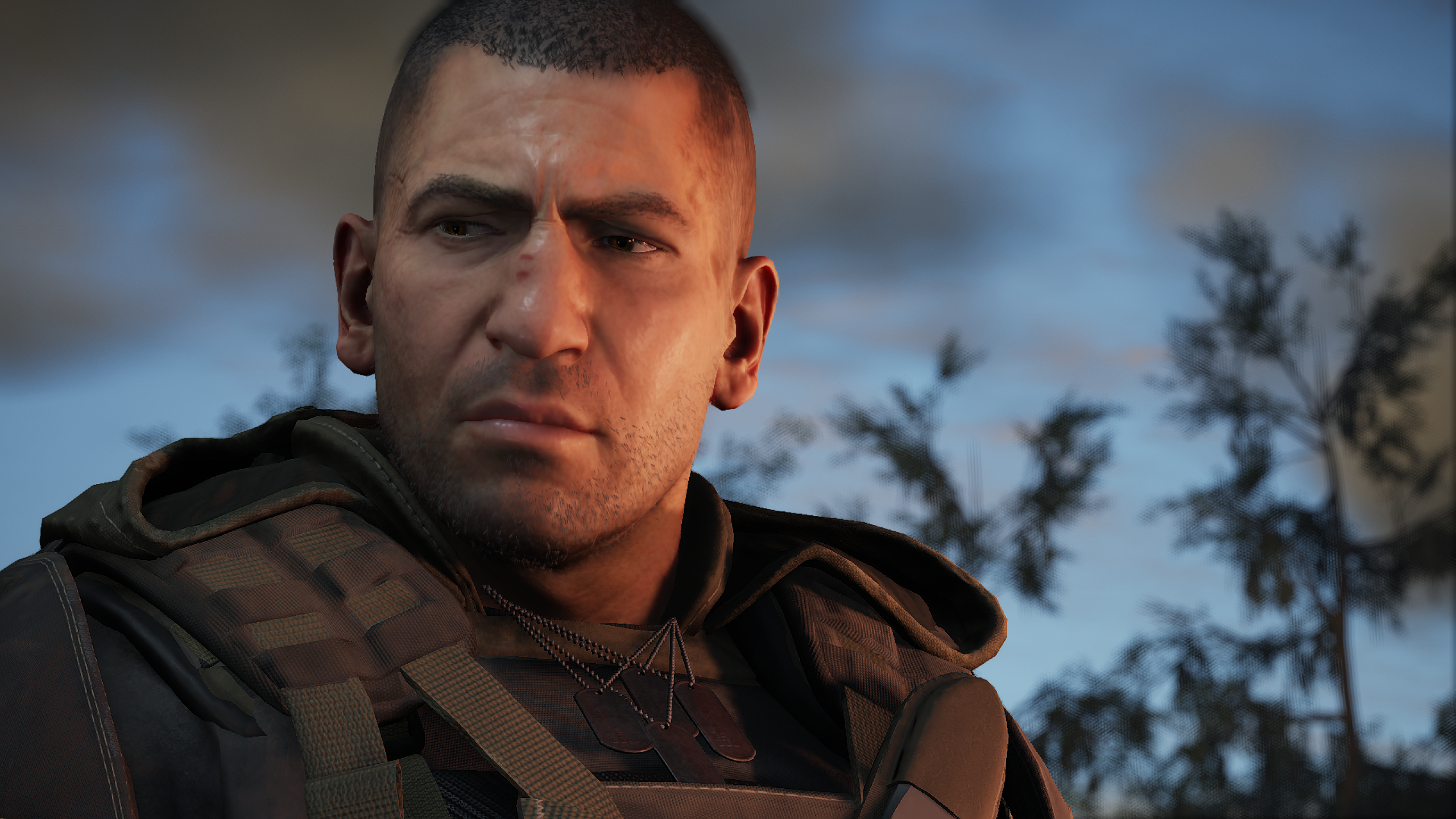 Ghost Recon is unlikely to cause an international incident like Wildlands did then, but moving to a fictional setting creates a different problem instead: this world is drab. Usually, even if the game itself isn’t great, Ubisoft’s maps are wonderfully crafted. They’re based on real locations, painstakingly researched and referenced to create a beautiful, exaggerated version of a place, capturing its essence in digital form.

Auroa is an uninspired hodgepodge of mountains, flatlands, jungle, and scientific compounds. You can navigate across it on-foot, by car, by motorcycle, by boat, and by helicopter. It feels like it has been designed with only helicopters in mind.

Getting anywhere in this craggy, brown sandbox is a pain in the arse, and the game constantly makes this even more frustrating by dumping you – quite literally – miles away from your objective when you die, usually with low health so you have to laboriously wrap your limbs up before you can even get back into the action. The record for me was a 21km trek after dying.

Even if it’s a short distance away, though, you often get plonked in front of a sheer cliff with no way up but by spamming the climb button to clumsily bump your way up a mountain, occasionally tumbling back down in an irritating canned rolling animation. 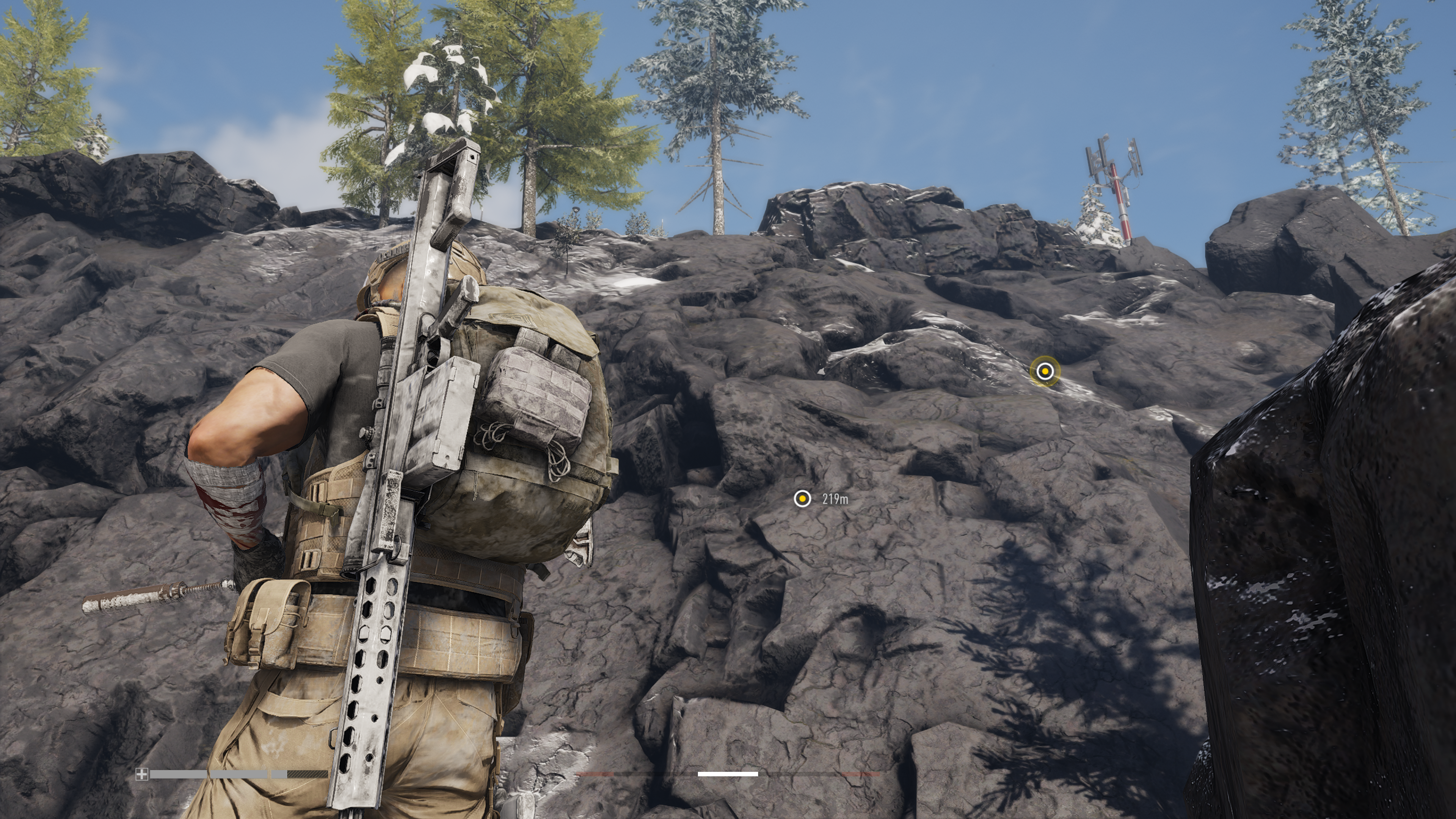 When you’re clearing out buildings, your soldier constantly gets stuck on walls with the automatic cover system, and there’s no map for interior locations so you have to bumble around like you’re trying to put your key in your front door after too many shandies.

Wildlands already set a precedent, but this is not a Ghost Recon game. It’s a worse version of The Division with vehicles and a prone button, where enemies (mercifully) die in a single headshot. There’s even an online hub where other players – mostly dudes in hats – congregate around a quest giver.

It starts as you’d expect, with you creating your avatar, a soldier called Nomad. One of the white faces is literally labelled “Generic” and you get to choose how melted you want the face. I went for non-generic and non-melted. In-game, your appearance changes as you find loot. You can wear trousers made of grass and look like a prick (thankfully you can override equipment appearance) and rock a backwards cap, just like a real soldier.

In proper RPGs there’s a logic to equipment stats and appearance, but here it’s random. Where a traditional RPG might start you out in villager rags and leave you with obsidian armour with spiked pauldrons and golden inlay, here you might find a beanie hat that’s +10-something and a military helmet that’s +3-something. Always wear beanie hats for that extra protection.

Even more bizarrely, stats don’t seem to do anything other than make you die slightly slower. Like I said, bad guys go down in a single headshot. That’s good! It means you can be stealthy! It also means every single gun within the same class is functionally identical. You’re just swapping them out to see the number rise in the equipment screen. 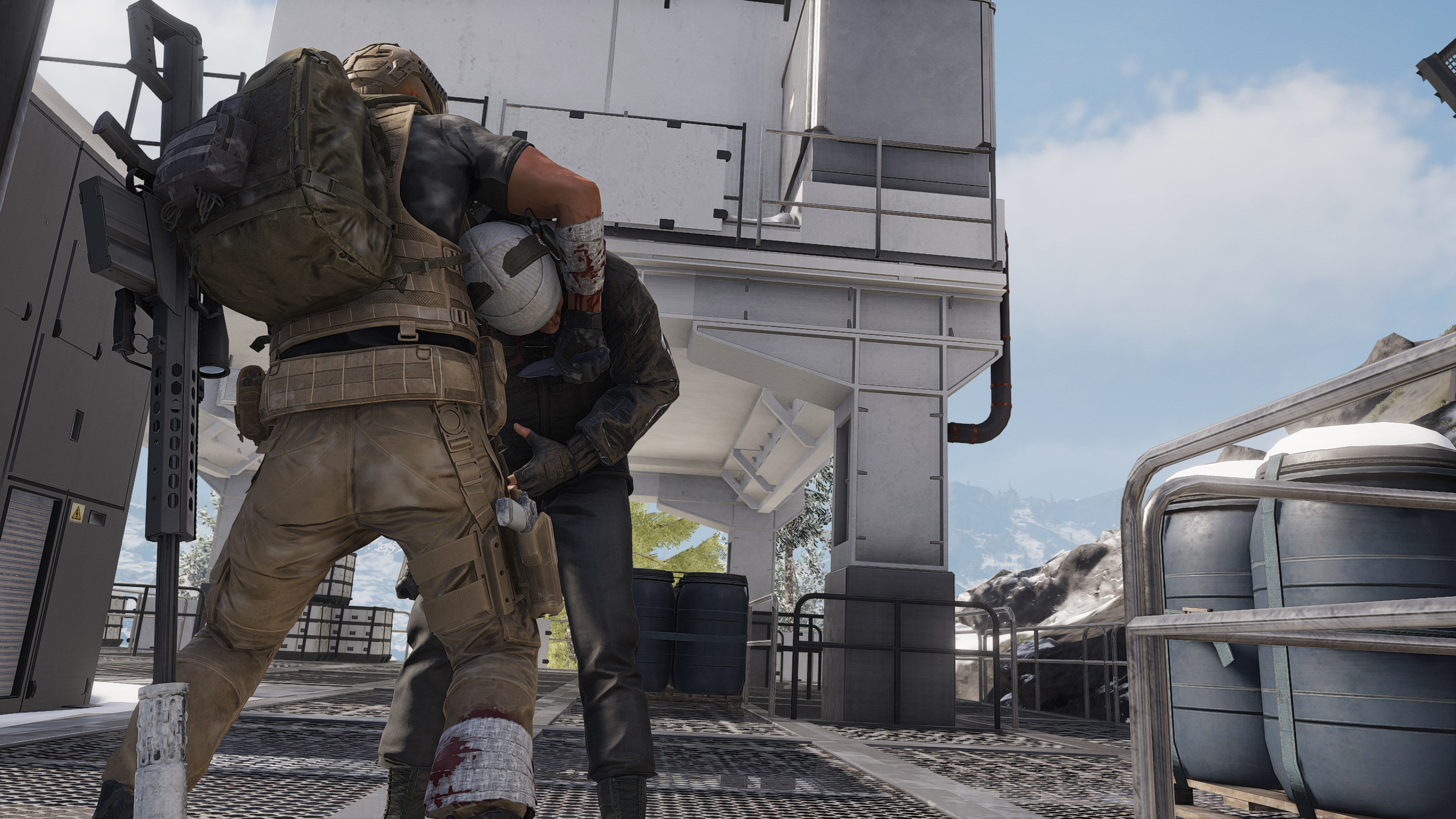 At one point, I sent my drone to scan an area – since modern Ubisoft swapped out towers for a drone fetish – and one soldier was marked with a message: “Kill him to earn interesting loot”. I killed him and got some +1 fingerless gloves, which I suppose is better than -1 fingerless gloves. But I wouldn’t call it “interesting”, would you?

Perhaps the strangest design decision is how Ubisoft has approached fixing the borked AI companions from Wildlands. Instead of improving them, the developer just scooped them out. They’re gone. Actual ghosts. That means you’re all alone if you play solo. You can only revive yourself by playing as the medic class, and you can only do so once per life. You can also only sync shot – where you line up targets and take them down simultaneously – if you choose the right perks and do it with your drone. Luckily these rubber gloves I found make me shoot real good.

Almost every mission plays out the same. You sneak or fight your way into an area and hold the Square button on a thing. Occasionally you escort a dumb AI follower. Sometimes you pop into a menu to look at the intel you found, then you search for a helicopter so you can traverse the huge distance between you and the next thing you need to hold Square on. Hold Square on a computer, hold Square on some paper, hold Square on a phone, hold Square on a man. Hold the pause button, go to the cog, choose log off, go outside, walk in the park, feel the wind against your face. Life is finite. We will all expire soon.

If you go into Breakpoint expecting a deep, tactical military sim, you’re going to be disappointed. The closest this game comes to giving you freedom of approach is the ability to bail out of a helicopter, using the exploding chopper as noise cover as you parachute into the other side of the base. The most interesting piece of equipment, a fence cutting tool, is locked behind the levelling system and then behind a crafting system, so you have to grind to unlock it. Or, you know, you can pay to skip some of the grind in a wide array of microtransactions – acknowledgment that skipping content is a good thing. Where games used to charge you for more game in the form of DLC, here you can pay to experience less.

The one thing I do like about Breakpoint, aside from Bernthal, is how you automatically scoop up crafting materials by simply walking over them. It means that’s one less thing to hold Square on. However, this leads to the odd occasion where you’re sprinting away from danger under a hail of gunfire while stuffing passing pomegranates into your pockets. Breakpoint is full of unintentional hilarity.

Breakpoint wants you to think about the human cost of war, hence that torture scene. It’s all very serious. Much like The Last of Us: Part 2, it attempts to humanise some enemies by having their friends call out their names when they die. The problem is, none of the enemies look like people. They’re dead-eyed drones who are about as capable of human facial expressions as Simon Cowell. They don’t even act like humans, funneling into a chokepoint as you pop them all in the head and pile up the bodies.

It also undermines itself by filling the game with killable, nameless civilians. Kill too many and you get a game over screen, just like real collateral damage.

Ubisoft has a habit of releasing games and iterating and improving on them over the post-launch years. Unfortunately, many of the issues with Breakpoint are design flaws, not just performance problems, though it also has those in abundance, too.

In one mission, I’m forced to carry an injured NPC out of a fortified base that’s on alert. I can only use my pistol because I’m carrying someone, but my pistol has vanished. Ghost pistol. In another, I’m fighting a robot that my co-op partner can’t see. Ghost robot. That same friend? I had to throw a grenade at them to get them unstuck from a railing. Ghost friend.

I really wanted to like Breakpoint. Ubisoft has a habit of making mediocre games – Assassin’s Creed, Watch Dogs – really shine with a sequel, but this is a significant step back. I would rather play Anthem – at least traversal doesn’t make me want to put my head through a window in that game.

Ubisoft has failed in two areas where it usually excels here – sequels and open worlds – but there’s still a small glimmer of hope in another area: reinvention. Perhaps this concept will get scrapped entirely for the next one and we’ll go back to the good old days where Ghost Recon was an excellent shooter with its own identity. Right now it’s out of focus, confused, and frustrating. A ghost of its former self.