As if there wasn’t already enough new in Destiny 2: Shadowkeep, Bungie has dropped an accompanying set of patch notes detailing a whole host of quality-of-life and balance changes.

PvE changes feature prominently in the Patch Notes, including alterations to the way that damage numbers are shown to the player as well as tweaks to the balancing of enemies that are a higher level than your Guardian.

Enemies that are 10-40 levels higher than you will now take less time to kill and not deal as much damage to your character.

Tough enemies will get harder and harder up until they’re 100 levels higher than the player, at which point they become immune to damage.

Among the other changes are buffs and nerfs to a variety of Supers and abilities for all three classes, as well as different weapon types.

Many weapons – like Assault Rifles, Sniper Rifles, and Sidearms – have had their PvE damage significantly increased, although rank-and-file baddies no longer take more precision damage than other kinds of enemies. 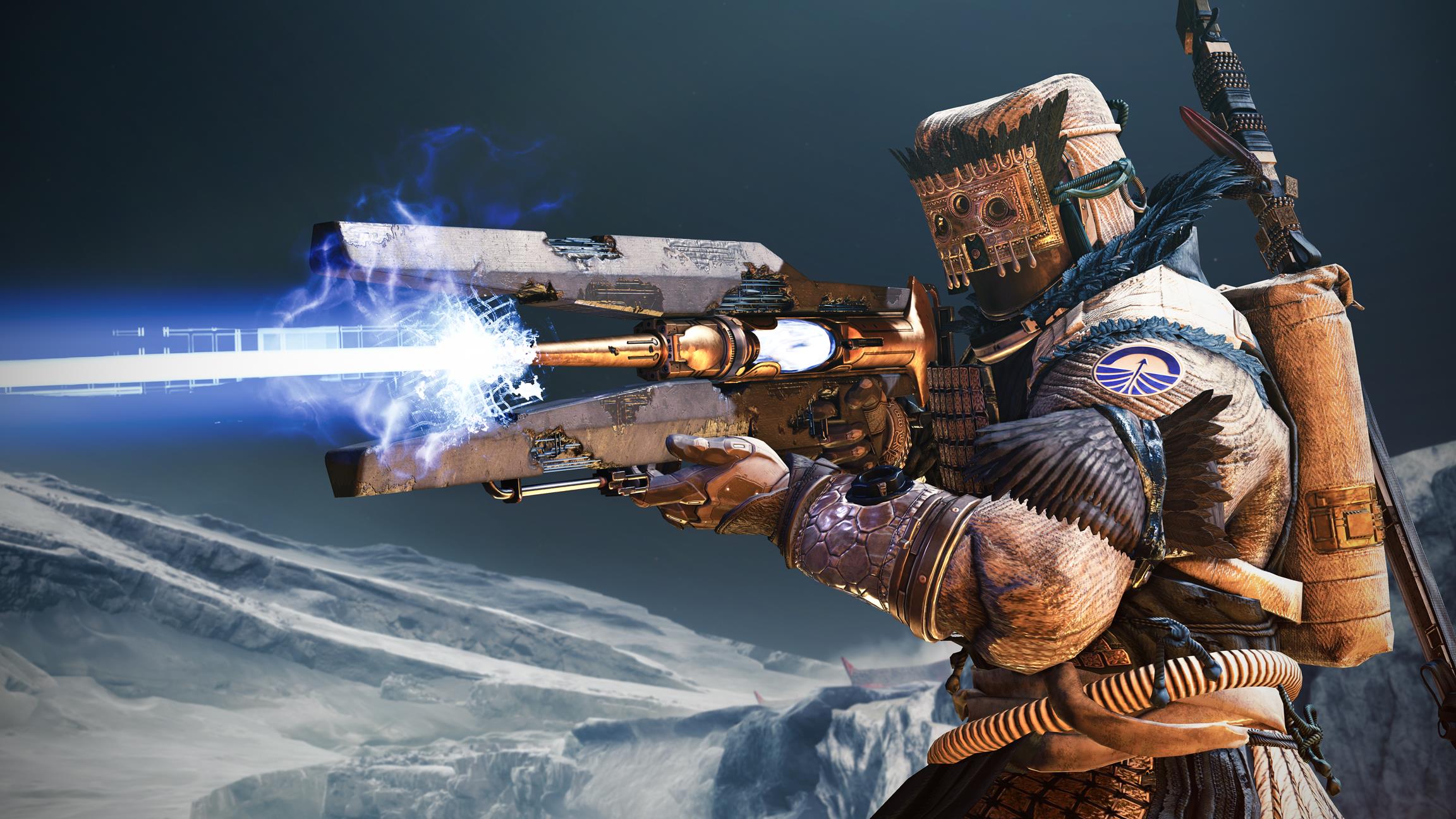 PvE Damage Numbers Display
Goal: To provide players with useful and legible feedback for damage dealt to enemy combatants across many years of Power progression.

Buffs
Nightstalker Way of the Pathfinder (Bottom)
Goal: We want to lean into the fantasy of a speedy disruptor. Pathfinders need more tools to scout the battlefield and a skill based way to engage with that gameplay more often. We should reward this scouting and battlefield control gameplay, executed well, with more opportunities to do the same. At the same time shadow shot needed some quality of life improvements for long standing frustrations.
Vanish: Smoke bomb grants invisibility to allies

Sentinel Code of the Protector (Top)
Goal: This path is the main support role for Titans and focuses heavily on melee kills while staying near allies. We want to focus more heavily on buffing allies so that players care about the timing of their buff usage. With a loop which allows players to get their melee energy back more quickly this will be a more engaging path to play. Additionally, Ward of Dawn is currently not up to snuff, and needs a buff that ties in to the fantasy of buffing allies.
Defensive Strike: Melee ability that creates an overshield for nearby allies

Ward of Dawn: Alternate super that creates a shield bubble

Dawnblade Attunement of Grace
Well of Radiance: Alternate super that creates a healing/buffing field for allies

Nightstalker Way of the Trapper (Top)
Shadowshot: Fires an arrow that damages enemies and debuffs enemies nearby

Shattering Strike: After performing a Flawless Execution, your melee attacks have a longer lunge range and weaken enemies

Instant Reloading
Goal: In the beginning, Lunafactions and Rally Barricade did exist, but they were clunky to use. They still had dramatic impact on gameplay even in that state, but eventually we decided to make their effects easier to handle. The problems they introduced always existed in the game, but over time these have become magnified due to new abilities, perks, and weapons introduced into the Destiny 2 sandbox. The impact of something that takes all reloading out of the equation means that other perks or effects like the Hunter’s Marksman Dodge or the Sealed Ahamkara’s Grasps can simply fall to the wayside – Even swords take a hit in comparison, being one of the few weapons that naturally never needs to reload.

Reloading is one of those mechanics that are simple, but have wide ranging consequences. Because the effect on gameplay of removing reloading is inversely proportional to the size of your weapon’s magazine and how slow your general reload animations are, weapons like Rocket Launchers and Shotguns can benefit greatly compared to other weapons. This, alongside the increase in general access to damage bonus effects like Well of Radiance left us with the decision to remove this effect from these two sources, as they were causing things to quickly snowball out of control.

Super Energy Regeneration
Goal: These changes will reduce the speed with which players are able to earn their super which supports difficulty and reduces the current ability to trivialize certain content through excessively chaining supers. Systemically, we want to reduce base sources of supers on a large macro scale without diminishing the feeling that your actions are gaining you a worthwhile energy boost. By reducing the speed at which you gain super we can make mods and perks feel more worthwhile. We still want it to feel like you can make meaningful progress not only through normal play but by augmenting super energy through teamwork, class choices, gear, and skillful play.

Damage Multipliers
Goal: At Destiny 2 launch, damage buffs were fairly sparse – There was Empowering Rift for a small increase, and you could combine it with a weakening effect such as Hammer Strike, but very little else. As time has gone on, we introduced Well of Radiance, Weapons of Light, Guiding Flame, Frontal Assault, etc, and combining these effects has resulted in player damage output far beyond what was previously available. Even with just a small amount of them, a player can go from 1x damage to 3x and beyond, causing there to be an extremely large gap between standard player output and theoretical output.

By preventing the larger effects from stacking, we are able to keep each of them around without having to do something in response like raise boss health to compensate for these tactics, as well as create more of them. As an example, Lumina would not have been created in world where the damage bonus effect of Noble Rounds stacked with other damage effects, and these changes are simply an extension along those same lines.

While the weakening effects never stacked, we also took a look at them and adjusted their values as many of our more powerful units would simply evaporate when touched by one of them, but we compensated for that in other ways, such as either extending the duration of the effect or in the case of Shadowshot, making it affect power weapons.

Reduced Super Damage Resistance
Goal: Since the launch of Destiny 2 we have slowly introduced buffs to supers, especially roaming supers. While we believe supers should be powerful they should not be mindless. We want supers to be more risky in both PvE and PvP. We want players to think about positioning and timing more. Not so long ago we experimented with Spectral Blades by lowering the damage resistance substantially. These changes were generally well received and improved the experience of the super for both the person running it and the person who was running from it. In PvE players shouldn’t feel like their super makes them invulnerable and casting one should call for situational strategic thinking. In PvP players need to feel like they can challenge a super and that with skillful play there’s a chance they can beat it.

Select armor sets now function as Universal Ornaments. Once unlocked, these ornaments can be used to change the appearance of any Legendary Armor 2.0 item. Note armor items that correspond to converted Universal Ornaments have not been removed from player inventories; already owned armor items still exist in their current state.