Borderlands 3 has a pretty sweet One Punch Man easter egg, and yes – obviously – it results in you getting a new gun.

This is Borderlands after all, it’s all about overloading you with weapons to play with.

You’re looking for an enemy who will spawn called One Punch – that’s him with the big arm that kills with one hit. Oof.

Take him down and there’s a chance he’ll spawn the One Punch Chump Legendary Shotgun. It has a 50 percent chance of not using ammo when fired, 1,424 percent bonus weapon damage, and 20+ percent reload speed. You’re looking at instant kills here, so you’re going to want to get it.

Get to Promethea and the Meridian Metroplex. You’re looking for the exit below on the map, which takes you to Lectra City. 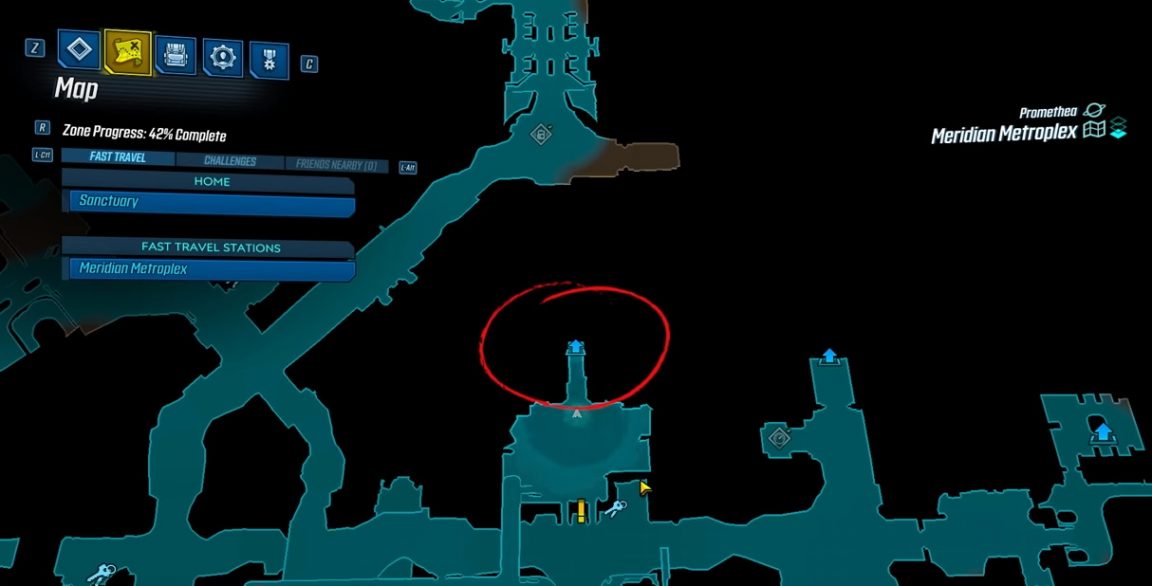 You’ll find a mission in Lectra City called Proof of Wife. This takes place in the same spot as the One Punch Man easter egg. Head downstairs and hug the walls on the left until you find an opening and a chainlink fence. In the room with the chainlink fence are a bunch of switches, levers and wheels. These will open the door at the opposite end of the corridor where One Punch will come out.

You need to play around with these switches until all the screens at the end of the corridor turn on. Flick them in the following order:

It’s not a 100 percent drop rate for the One Punch Chump legendary shotgun, so if you kill One Punch and he doesn’t give up the goods, you can leave the area and try again. Which means you can farm this shotgun should you want to.