Untitled Goose Game is finally here, so here’s how to wreak havoc in the garden by completing your first to-do list.

Aside from causing mischief and honking, there’s a set of objectives to complete in Untitled Goose Game in the form of your to-do list. Completing the list opens up new areas for you to explore and even more people to harass.

Once there’s only one task left on your list, an additional task will appear that will unlock a new route upon completion. There are several ways of completing each task, so we’ll talk you through the basics. 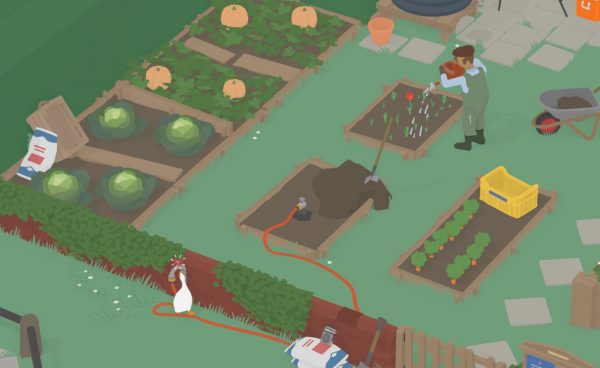 The first task you have to complete is getting into the groundskeeper’s garden. The gate is locked, but there are a few ways to lure him out. I turned on the water tap and he ran out to turn it off, leaving the gate unlocked. Another option is picking up the radio, as it automatically turns on and he’ll chase you to retrieve it.

Once inside, you’ll see there are tonnes of things you can pick up or drag along to wind up the groundskeeper. If you silently follow the groundskeeper, you’ll be able to pinch his keys from him, which completes the next task.

The other items on your to-do list are a little tricky and you’ll be doing a lot of going back and forth, which can be a little frustrating. 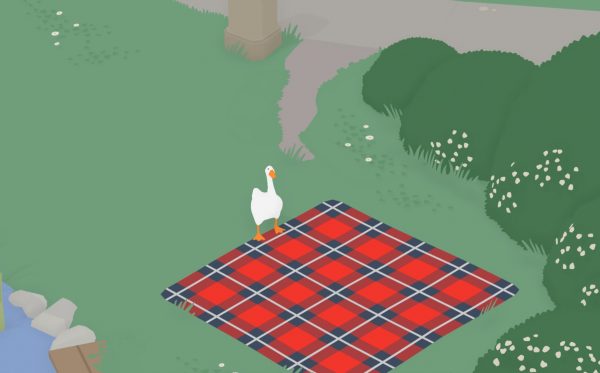 The rest of the items can be found in the garden, on the table at the back or in vegetable patches. To complete this task, all the items need to be on the blanket at the same time, so it can take a while to complete.

If the groundskeeper doesn’t see you with an item, you’ll have more time to reach the picnic blanket. It would be best to keep the radio for last as it switches on and alerts him to your crafty deeds immediately.

Getting the rake in the lake is also a bit of a challenge as you need to drag it. It would be best to pull two of the sandbags to the left, away from the garden, giving you a clear shot at the rake. Then, drag it into the water and honk at the groundskeeper for being too slow. 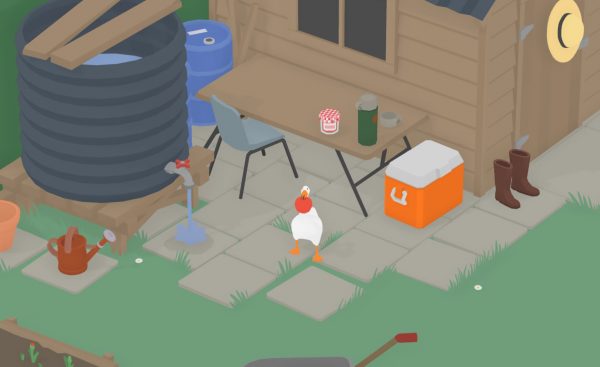 The last task, getting the groundskeeper to wear his sun hat, can be a little fiddly. In the bottom left corner of the garden, there’s a brown crate. If you move the crate you’ll find a hole in the hedge that you can conveniently fit through.

The groundskeeper needs to be kneeling so you can reach up and grab his cap. I stole the rose from its patch and dropped it, then when the groundskeeper bent down to replant it I stole his cap and ran through the hole in the hedge.

Once clear to the other side, I swam out to the middle of the lake where he couldn’t reach me. You’ll need to wait 30 seconds or so until he saunters back to the garden and puts on his sun hat.

For the final challenge, you’ll have to make the groundskeeper hammer his thumb.

To do so, sneak into the back of the garden, where you’ll see him hammering a No Geese sign into the ground. You can pull it down, run away then watch for him hammering it in place, waiting until he swings the hammer back before honking at him like the wee bastard you are.

And that’s it! You can now go through the gate to the High Street where you can chase a boy into a phonebox and get on TV.