Microsoft has launched a number of Xbox One bundles ahead of the release of FIFA 20 later this week – and you can net yourself a great deal on a brand new console for under £200.

People are already taking full advantage of the bargain prices so you’ll want to snap one of these up very quickly if you’re interested before stock runs out. A handful of retailers have them available, though, so you should be able to find one at one of the places below.

An important point to make, too, is that every Xbox One S All-Digital console comes with Minecraft, Sea of Thieves and Forza Horizon 3 included for free. Combine that with FIFA 20, which is floating around £50 right now, and you’re getting some seriously good value for your money. It’s easily one of the best Xbox One bundles with FIFA 20 we’ve seen. 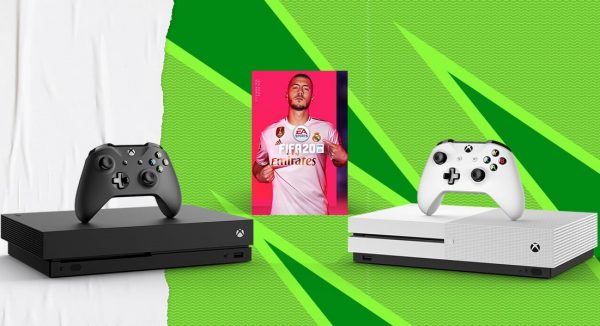 Of course, the limitation with these consoles is that you’ll be unable to use any physical games and must rely on digital downloads. If you’ve got a healthy internet connection and an Xbox Game Pass Ultimate subscription, though, it can absolutely be a legitimate way to game nowadays. There’s always a rolling library of releases added to Game Pass, including brand new games like Gears 5, and you can usually find a sale underway on the Xbox Store.

No worries if you’d rather stick with physical releases for now. You can always plump for one of these Xbox One bundles with FIFA 20 instead.

There’s also a reduction on the Xbox One X 1TB Gears 5 Limited Edition bundle with The Division 2 and FIFA 20 to £399.99. It’s one for the Gears fans out there. In this, you get the exclusive Crimson Omen branded console, the Kait Diaz Limited Edition Wireless Controller and all previously released Gears of Wars games.

FIFA 20 is released this Friday on PS4 and Xbox One for £49.99. Have a look at what everybody thinks of EA’s new kickabout in our FIFA 20 reviews round-up.

You can also give us a visit over at Jelly Deals where you can find many more gaming offers. We have our collection of the best Xbox One external hard drives, our guide to getting the best Xbox Game Pass Ultimate deal and a new deal that’ll save you £10 off the Borderlands 3 Deluxe Edition!