There’s been a shootout at the A-Bomb nightclub in Fairview, and the fallout is disastrous.

Patrons writhe on the floor between the speakers, caught up in a gang altercation that’s still ongoing. The boom of shotgun fire and male voices travels through the walls, a bassline the DJ never intended. As lead operator of a SWAT squad it’s my job to restore quiet, and my heart is thumping like an 808.

Yesterday, playing Borderlands 3, an encounter like this would have been a cinch. Then, I was packing a pistol that fired lightning ten times a second. Now, the hardware I’m toting is a paintball gun which makes people cough. Non-lethality is no joke.

This is SWAT 4, and what’s led me here is Paul Hellquist. As creative director of Borderlands 2, he led the series to over 20 million sales and the world-conquering position it still occupies today. But before that he worked at Irrational Games, as lead designer on Bioshock, and as one of three designers on SWAT 4. 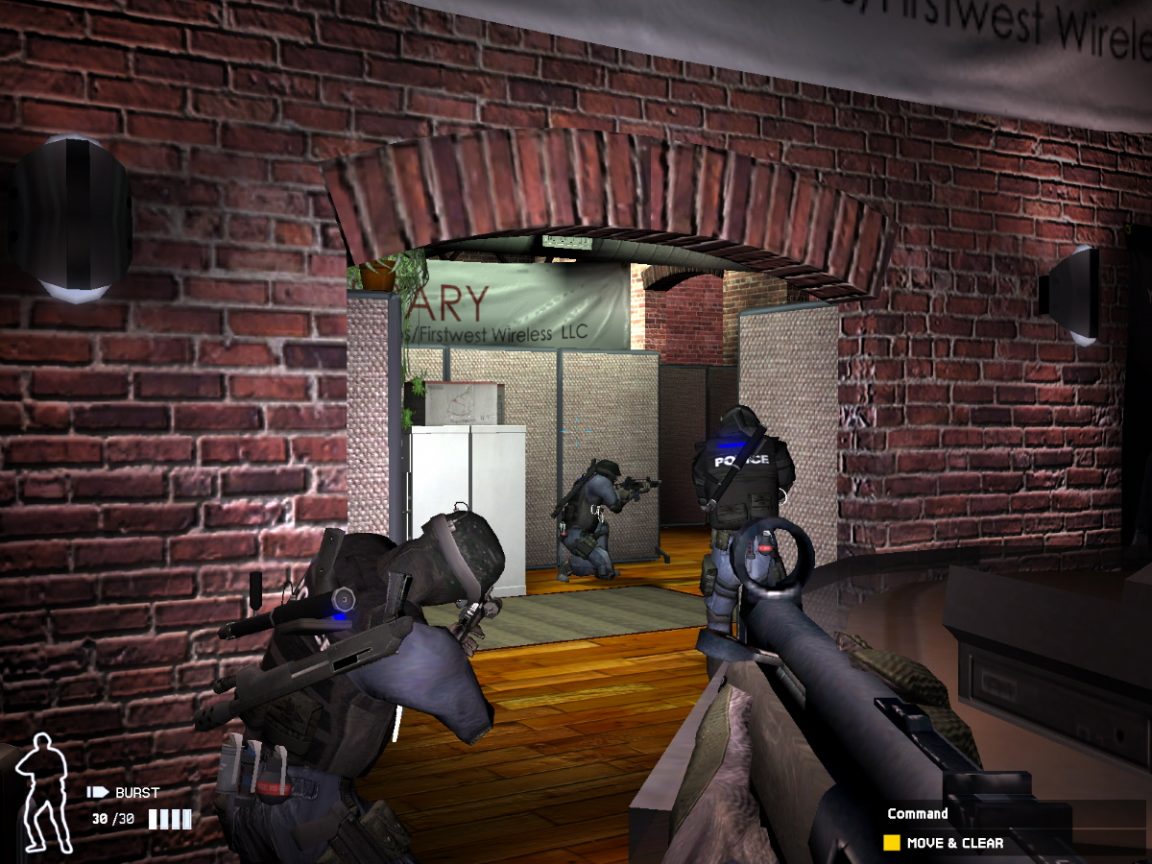 What’s striking is the contrast: although Borderlands 2 and SWAT 4 both technically belong to the same genre, they couldn’t be further apart in philosophy. The former awards you medals for killing in the thousands; the latter gives you extra points for clearing levels without hurting anyone at all. Borderlands offers all the information you could possibly want upfront, from the exact position of your enemies to the gun you’ll get as reward. In SWAT 4, by contrast, you’re never quite sure what you’re up against. That’s why I’m forever poking a mirror on a stick under the door, in the hope of catching a glimpse of whoever might be waiting on the other side.

Even the map is often unreliable – the closest thing I’ve got to A-Bomb’s floor plan was scrawled on a napkin by an off-duty barman. In that way, SWAT 4 is less reminiscent of Borderlands than Thief. Which makes sense: this is an FPS from the studio that helped establish the immersive sim. Despite its clinical remit as a squad shooter, it’s dripping with atmosphere – quite literally in the case of the leaky ceiling of 25 Glendive Lane, where water collects in buckets, the only sound in this eerie, overlarge house. The place is home to a serial killer, and it’s disgusting, a warren that stinks of rotting food and neglect. Yet Irrational’s level designers can’t help but humanise the perp – on the frame of the kitchen door, using a pencil, the killer’s mother has fondly recorded his growth as a child. In April 1994 he’d been four foot; by July 1999, he was nearing six. The scale only feels as if it’s missing a note to explain where life went wrong afterwards. 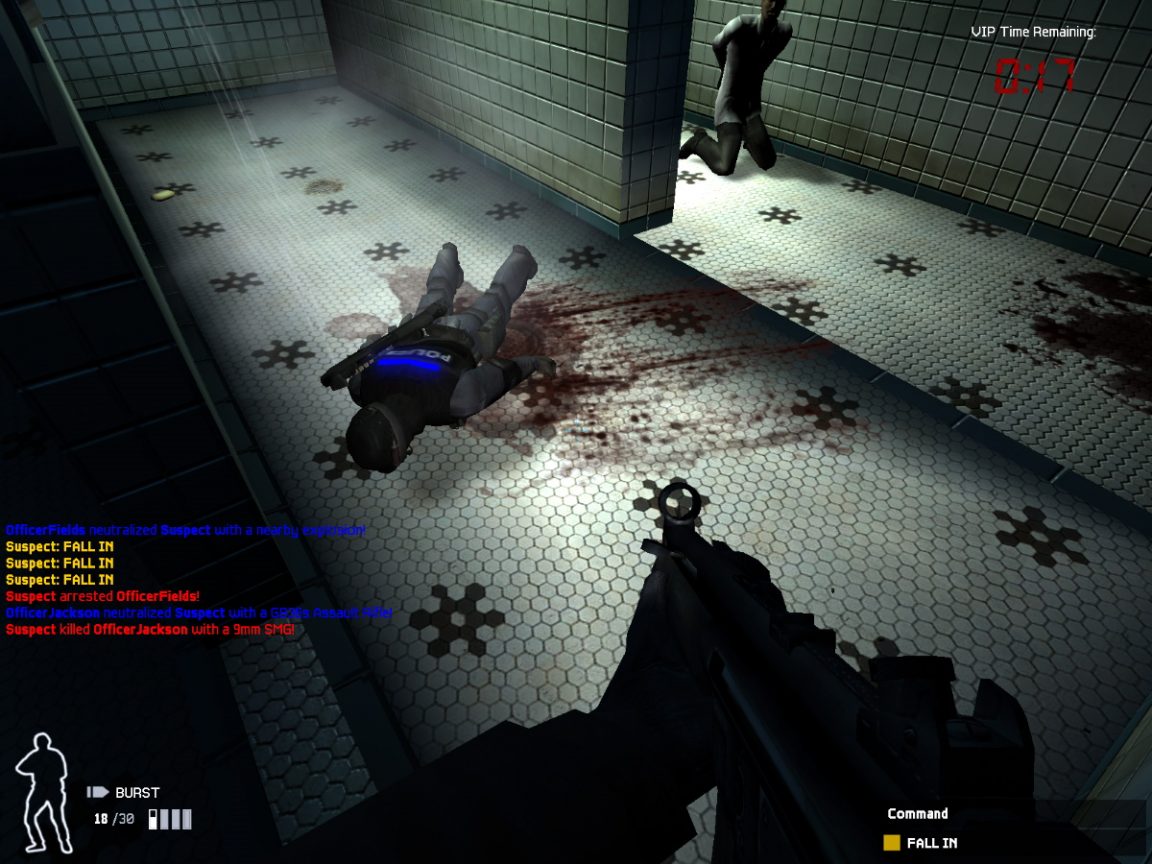 You can see where Bioshock came from. Even the 911 calls and briefings that precede levels are packed with a detail and drama that’s, frankly, surplus to requirements in a tactical shooter. Ahead of one mission, my lieutenant describes a botched bank job that led to a high speed chase and a crash. The beleaguered baddies tried the doors of nearby offices until they came across a software studio – unlocked because of course software developers would be working on a Saturday.

It’s not just the jokes at the expense of overworked game developers – everywhere you look, SWAT 4 is powered by an attention to detail that makes it feel true to life. These are environments that were lived in, worked in, danced in, right up until the emergencies that precipitated the arrival of five policemen dressed from head to toe in kevlar. What’s more, they make sense as spaces. The corridor behind the dancefloor at A-Bomb leads to the bathrooms, as you would expect. The cubicles of the software house are, of course, overlooked by management offices. And the latch-operated metal door at the back of a serial killer’s bedroom? You can safely assume there’s someone behind it. 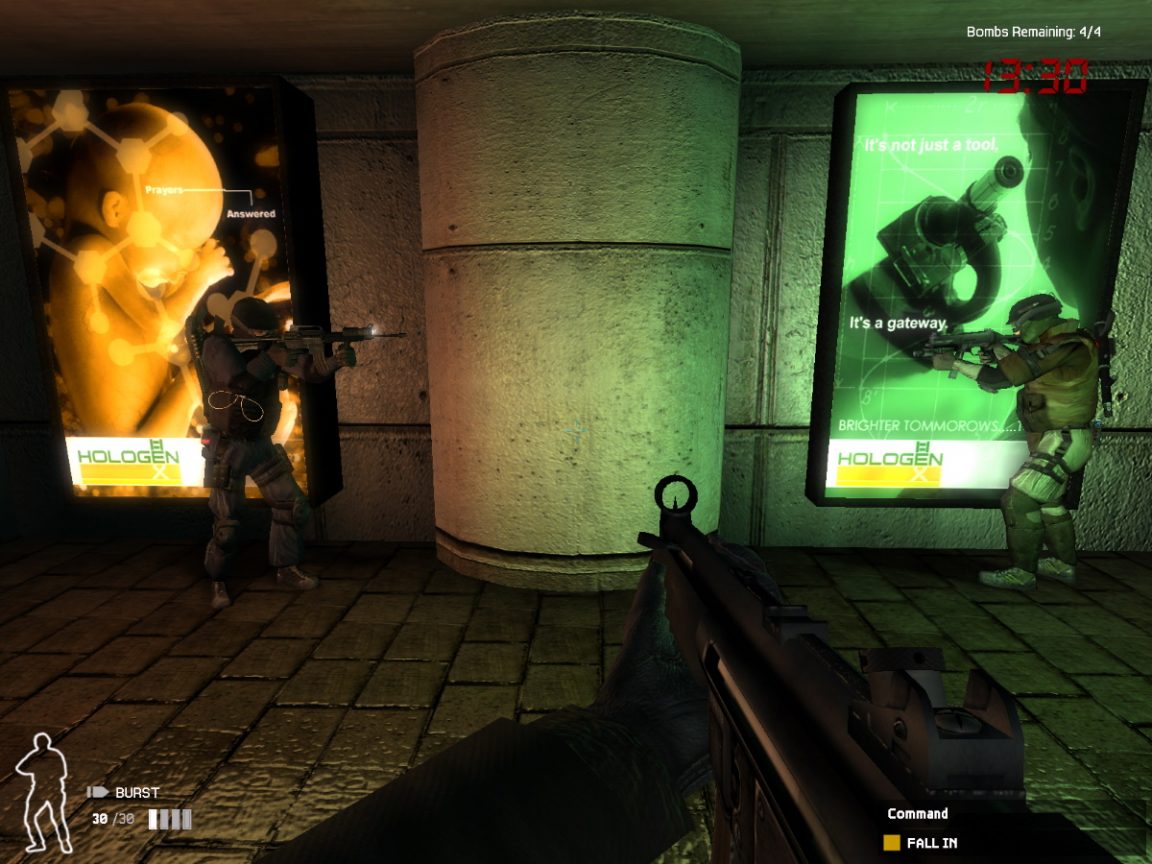 With no minimap or objective markers, survival is dependent on your ability to make spatial sense of the level. Those slo-mo breach and clear moments in Call of Duty? Here they require meticulous setup and timing – especially if you’re going non-lethal. You’ve got seconds to shock the suspects inside into submission, before they realise they’re by far the best-armed people in the room. Yelling is my weapon of choice, and when that fails, the pepper spray. The sound of sidearms clattering to the ground as enemies give them up is as satisfying as any Jakobs revolver.

Once you’ve secured any hostages, you’re tasked with bringing ‘order to chaos’ – accounting for every last person on the map. Often, when I’m cuffing innocent civvies, they ask why I’m treating them like criminals. And the truth is that SWAT 4 has taught me to fear motion of any kind, because motion leads to surprises, and surprises lead to chaos. It’s a far cry from Borderlands 2 and the contemporary shooters that have followed in its wake. In a genre that now thrives on unexpected emergence, SWAT 4 still stands out for asking you to shut it down.