Yep, if you buy a Nintendo Switch Lite for £199.99 you’ll get The Legend of Zelda: Link’s Awakening for free. Most retailers are just doing the console by itself for £200, so having the remastered Game Boy adventure thrown in for nothing too is a huge bonus! All three colours are available, so you can choose your favourite between Yellow, Turquoise and Grey.

Alex has had one in his hands for less than a day and has already positively compared the Switch Lite to the PS Vita. Expect more detailed impressions to come in the following days once he’s had a bit more time with the console. 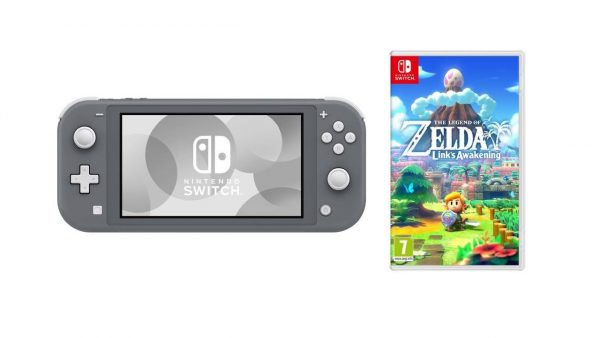 As for Link’s Awakening? Well, that’s already received universal praise. The Switch remake maintains the tone and authenticity of the original game while giving it a fresh lick of paint for the modern day. I’m very much looking forward to trekking around Koholint Island once again.

If you’re quick, you might also find a copy of The Legend of Zelda: Link’s Awakening Limited Edition for £69.99 in stock at Currys PC World, too. That classic Game Boy steelbook is awfully tempting. Don’t expect copies to last very long, though. We’ve seen them vanish in a matter of minutes many times before.