Call of Duty: Modern Warfare looks pretty good on PC when you’re not rendering everything at half resolution.

The Call of Duty: Modern Warfare beta on PC offers a fairly standard resolution scaling option. This, for those who don’t know, lets you to output the image at a resolution different from the one the game renders at.

For instance, you can run the game at 4K but limit the render resolution to 1440p if your PC can’t handle rendering at full-fat 4K. This as referred to is up-scaling. Down-scaling is the inverse; rendering at a resolution above your monitor’s native to sharpen the image.

All of this is fairly common, but where Modern Warfare blunders is that its Render Resolution is set to 50% by default. In other words, no matter your output resolution, the game will always render at half that resolution when you launch it for the first time, making everything appear blurry. 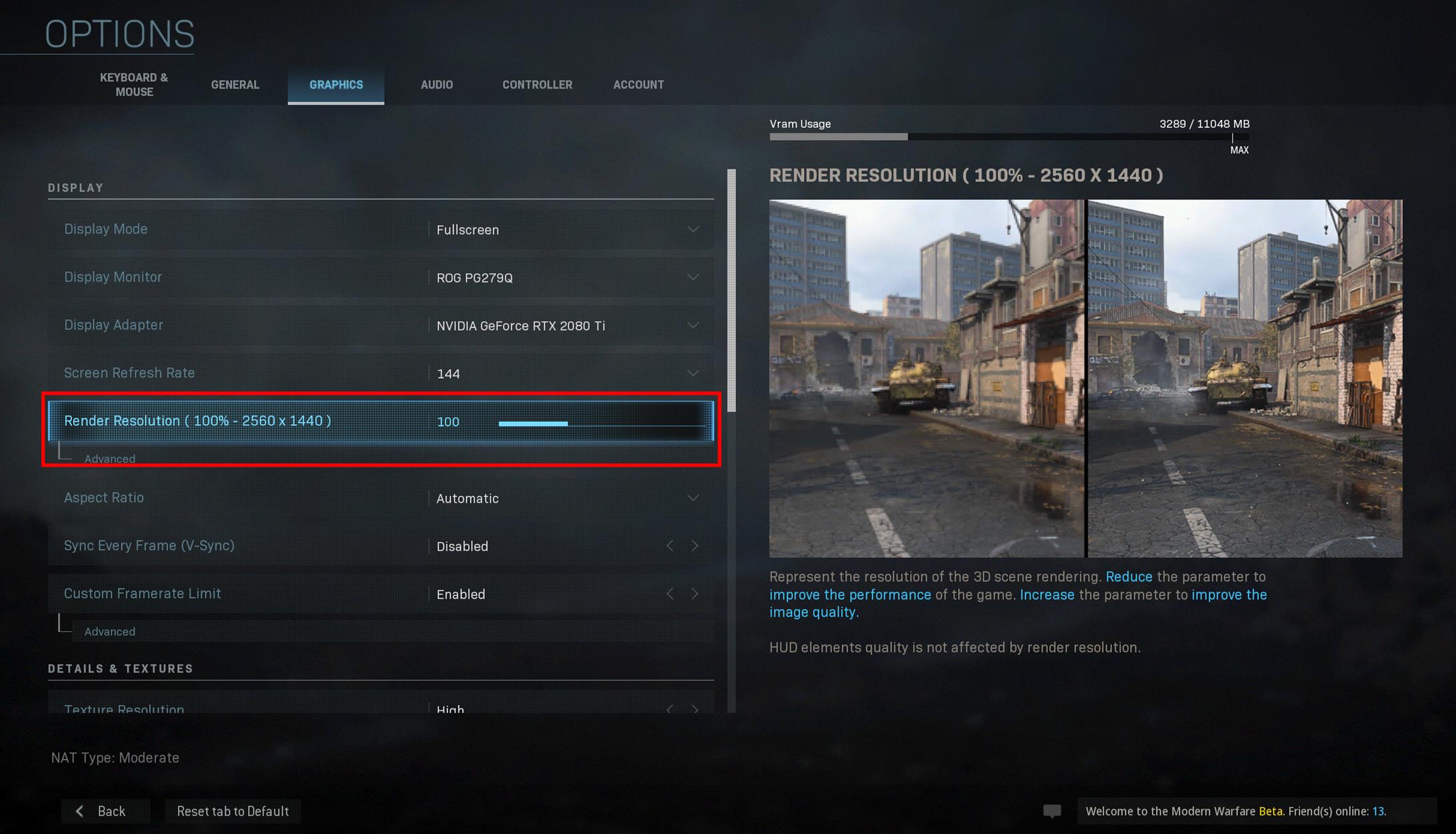 “Modern Warfare looks blurry” has been a common complaint on social media and forums, and I’ve even seen YouTube videos and streams of the PC beta that all look terrible because of it.

The easy solution, as you might have guessed, is simply to set Render Resolution to 100%. You can also push it much further if your PC can handle it, but never go below 100% unless your PC struggles.

Go to Options > Graphics, Render Resolution should be the fourth setting from the top.

There you have it, your friendly Friday PSA. For more on the Modern Warfare beta, hit up the story at the link. It’s running all weekend.