Borderlands 3 is now out in the wild, but some features aren’t the easiest to find and use.

Some players are still struggling to find lost loot, use emotes and equip class mods, so we’ve created this handy guide to help you out.

You’ll need to progress through the story to get to Sanctuary and Promethea for some of these, so keep plodding along until they unlock.

How to use emotes

You can equip an emote from the Quick-Change machine on planets and while on Sanctuary, near the Lost Loot machine. You can have four different emotes equipped at the one time, which is nice.

To use an emote on PC, press Z to bring up the emote menu and choose the one you want. If you’re playing on console, hold down the pause button – that’s the Options button on PS4 and the hamburger icon for Xbox One players.

Remember to hold the button in because if you just press it, you’ll get the pause menu.

Where to find the Lost Loot machine

If you run out of space in your inventory, you can send Rare items or higher to the Lost Loot machine. You’ll be able to find it on Sanctuary, so head down to the Crew Quarters to access it. 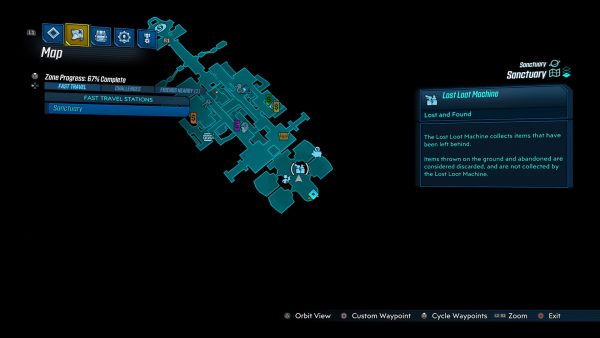 How to skip the intro

Unfortunately, you’re only able to skip the intro on PC, so console players are stuck with it for now. We’re hopeful a patch will introduce a “skip intro” button soon, though.

If you’re sick of seeing the intro after your game crashing a few times, you can skip it by heading into the Borderland 3 files on your PC. You will need to find the file named MARCUS_INTRO and rename it something else, which will disable it from playing.

Where to find your mailbox

You’ll receive all sorts in the mail, including weapons and gear, but how do you access that sweet loot?

First, open up the Social tab from the start menu. Head to the tab that looks like an envelope to access your mail. You can keep anything that catches your eye and sell off anything you don’t need, so it’s a good way to earn extra cash. 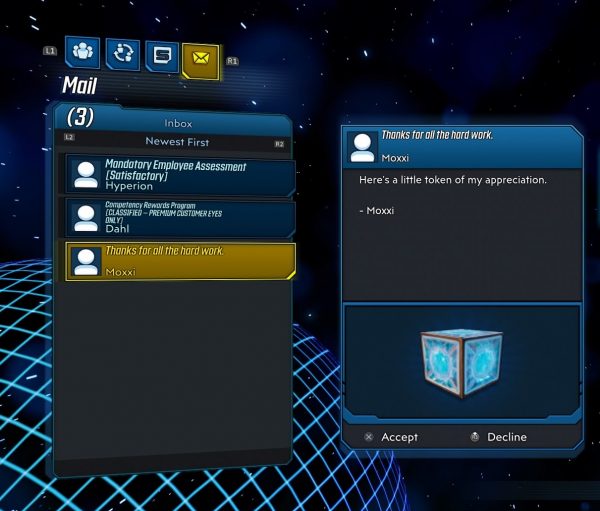 How to unlock class mods

You can see which character each mod belongs to based on who’s icon is highlighted when you view it. 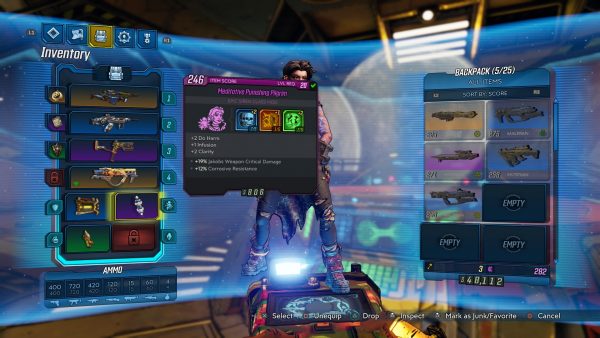 Each class mod will upgrade a skill or two per talent tree, so you might get a boost in your Master skill tree as well a bonus boost elsewhere.

You won’t be able to equip mods until you reach Promethea and complete the Hostile Takeover mission. Once you’ve defeated Gigamind, you’ll receive your first class mod and from there you can find and use all sorts of mods.

Is there an option for vertical split-screen?

At present, no – and there are no current plans to implement it. You’re stuck with horizontal split-screen co-op for now, soz.