When Destiny 2‘s next major expansion, Shadowkeep, launches next month, it’ll also kick off a new season in the game for all players. All contents in Season of the Undying are included in the base Shadowkeep purchase.

Each season is intended to last around three months, and today’s roadmap shows events kicking off in October and November. Season of the Undying itself ends in December.

The first item on the calendar is the launch of the – yet unnamed – Shadowkeep raid, which drops October 5. Here’s the rest of the calendar: 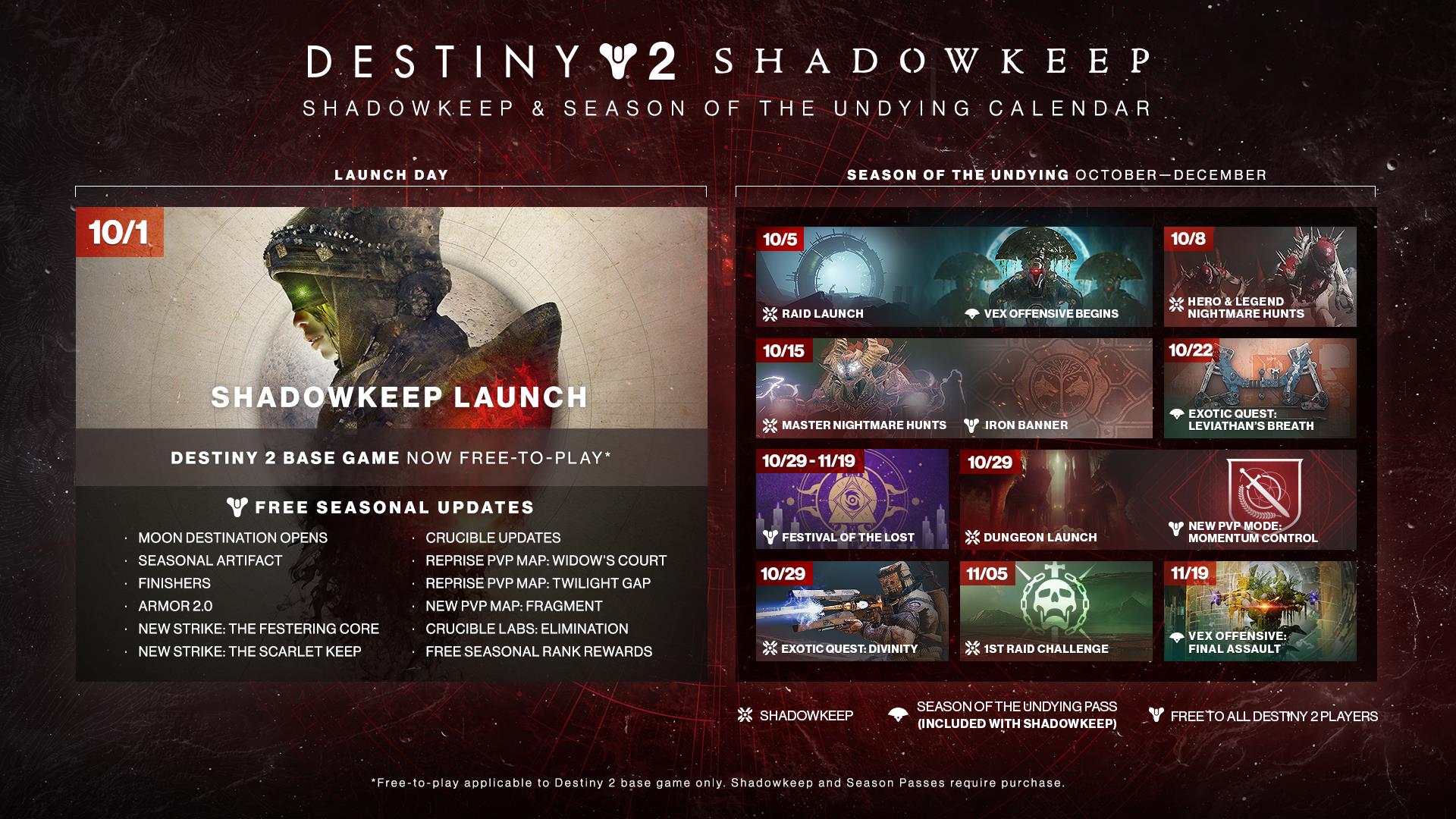 Bungie also put the information in one handy inforgraphic (above), but do keep in mind that not everything is available to all players. Destiny 2 New Light (free-to-play) players, for example, won’t get access to most of this content. Check the image guide at the bottom to see who gets what.

Alongside the roadmap details above, Bungie has more to share on this new seasonal structure. The developer is considering hosting another livestream to discuss further information, but this has yet to confirmed.

Destiny 2 Shadowkeep, New Light and Season of the Undying will all be available beginning October 1 on PC, PS4 and Xbox One.