After being officially announced a few weeks ago you can now pre-order the Shovel Knight Gold amiibo.


You can see him in all his glistening glory below, along with a list of all the retailers who currently have stock of this limited edition release. It’s scheduled for release later this year alongside the physical release of the Shovel Knight: Treasure Trove for Nintendo Switch. 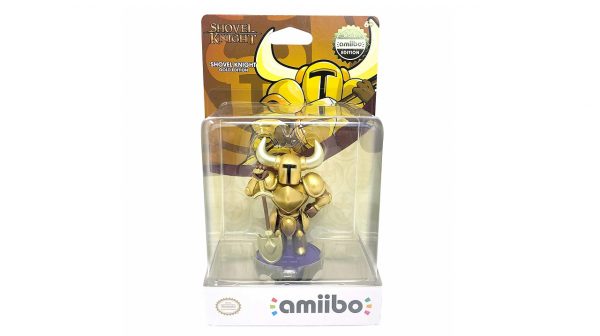 As with other amiibo figures, you’ll be able to use this one in-game to acquire a few bonus goodies. For Treasure Trove and Shovel of Hope, you’ll unlock additional abilities and challenges. You can also face off in a special boss battle against the Shovel Knight in Azure Striker Gunvolt 2 when using the amiibo in that frenetic side-scroller.

The celebrations for the impending release of the Treasure Trove don’t just end there, though. You can also get your hands on this Shovel Knight: Treasure Trove 3-Pack, featuring the Specter Knight, Plague Knight and King Knight.

Of course, they serve perfectly well as some decoration on your shelf, but can also be used in the game to acquire new abilities and challenge modes. This set is available to pre-order for £34.99/$34.99:

Meanwhile, Nintendo has also confirmed a range of over figures that will be released alongside the Shovel Knight Gold amiibo later this year. One of these, the Link’s Awakening amiibo, has already been announced and it sold out rapidly. However, you can still get your hands on Squirtle, Ivysaur and Solid Snake amiibo. These three are priced at £14.99/$15.96 and up for pre-order right here:

Got enough amiibo for now, then? Yeah, I think so!