While it’s sometimes fun to fight your way out of a building, there are a few crafty ways to complete Greedfall’s many side quests.

In the quest Coin Guard Merchandise, you’ll need to enter a rival faction area and smuggle in some merchandise. Completing this quest will increase your standing with the Coin Guard but may reduce your Reputation with the Nauts.

As you have a wealth of skills and attributes to choose from, taking a non-violent or scientific route can work to your benefit, as there’s no one way to complete a quest.

This guide contains spoilers, so look away if you don’t want to know. 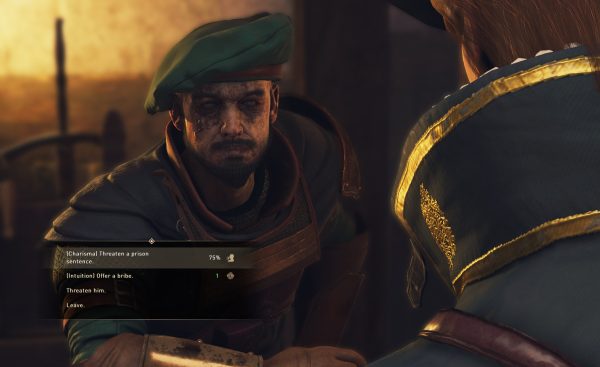 Once you recruit Kurt, this mission will automatically begin. You’ll need to visit a merchant who’ll ask you to pay double the amount if you want your merchandise. He’ll explain this decision has come from his boss and eventually you’ll reach a point where you have four choices:

If you get a positive outcome that doesn’t involve overpaying, you’ll gain Reputation with the Coin Guard. Next, pay a visit to the Quartermaster in the Barracks. Long story short, he’ll ask you to smuggle some cargo on to the ship. You can go back and speak with Captain Vasco, but he’ll just reiterate that if it isn’t on the cargo list and in the warehouse, the goods won’t be going anywhere.

The next step is to alter the Harbour Master’s cargo list, but you’ll need to sneak into his office in the warehouse first. You can try to simply avoid detection and make your way to his room, though you might end up fighting with some Nauts and losing Reputation points.

Certain areas of the map are controlled by factions, and entering these areas when you’re not a faction member will inevitably lead to a fight.

Alternatively, you can kill a Naut and steal their uniform or buy Sailor’s boots, coat and gloves from the merchant in Serene. If you have Science, you can lace a drink with sleeping tablets that will incapacitate the guards for a time. You’ll need Science level 1, a bottle of brandy and a sleeping potion to make the laced drink. You can buy both from the merchant around the corner.

There are two or three guards inside that you might need to deal with should you try a sneak or fighting approach. Once inside, head up the stairs and head through the door on the left. There is a chest to the left of the room that has a Sailor’s outfit ready and waiting, which will help further on in the quest. 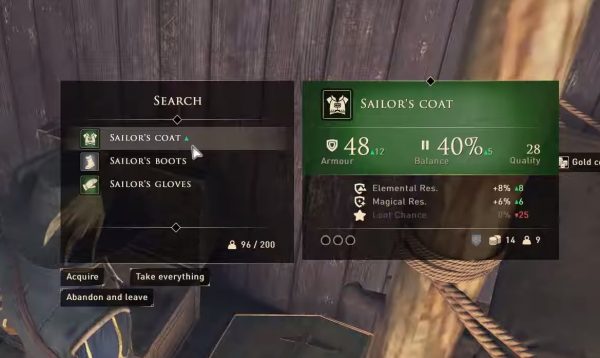 Head through the door to your right to alter his records, pick up the Serene harbour jail key and complete this step.

Next, put on the Sailor’s outfit and head over to the next warehouse. You’ll manage to convince them to leave as they’ll believe you’re a Naut. The other option is to give them the laced drink you made earlier.

After you’ve dealt with the Nauts, you can inform the porters that they can put the goods inside the warehouse. You’ll gain two Reputation points with the Coin guard for completing this step. Afterwards, you’ll need to wait until you reach New Serene to speak to the other Quartermaster to find out what happens to the goods. 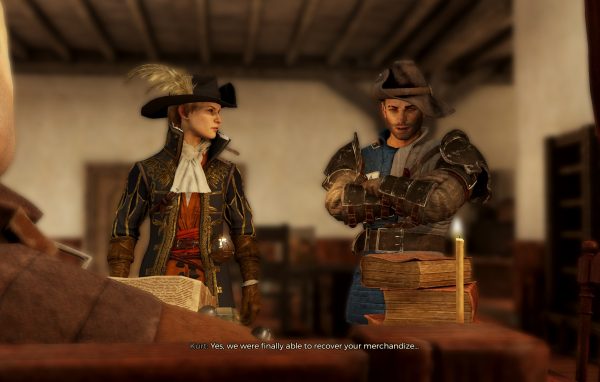 Hold on to that Sailor’s outfit as you’ll need it to sneak into the warehouses and mark which crates the Coin Guard need to uplift, then return to the Quartermaster to finish the quest.

If you’re looking for more Greedfall guides, check out our walkthroughs for the Charlatan and Disappearance among the Nauts quests here.