Nintendo appears to be making a greater push into virtual reality.

An application for what looks to be a Nintendo Switch VR device was spotted today by Dutch gaming website LetsGoDigital. Nintendo applied for the patent in February 2018; however, it was only published August 22 of this year. 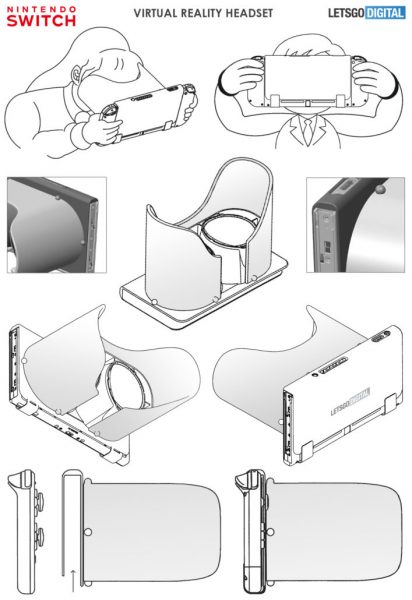 The Nintendo Switch virtual reality headset – or as it’s described in the application, a “3D image display system and 3D image display device”, looks similar to Nintendo’s Labo VR headset and has no apparent head strap. The headset is instead held by the controller, but unlike the Labo it is made out of plastic material.

While no official announcements have been made, the company has been making a big push on Nintendo Switch as of late. The most recent Nintendo Direct conference focused entirely on big releases and ports headed to the device, including Overwatch and a sequel to Deadly Premonition. We’ve reach out to Nintendo for comment.