Nintendo is expanding the Switch Online subscription offering with a new service.

Nintendo has announced a slew of classic SNES games will be made available to Switch Online members. The first 20 SNES titles will be available starting tomorrow, September 5. 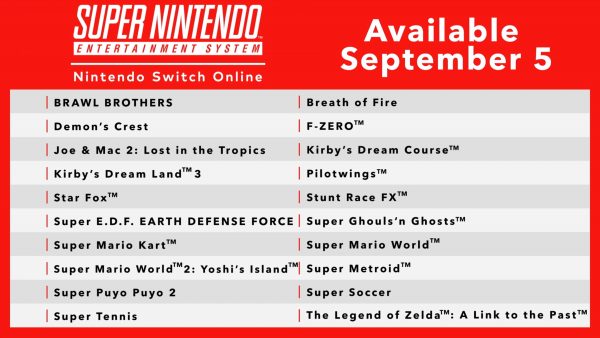 In addition to the SNES collection, Nintendo is also releasing a $30 SNES controller that can be used with the Switch.

Like previous retro game offerings from Nintendo, this service will be expanded monthly with new games, this time from the Super Nintendo era. This was something many predicted would happen eventually, but we’re glad to finally see it confirmed during today’s Nintendo Direct.