There are many secrets hidden in the videotapes in Blair Witch which will help you solve mysteries and access new areas.

As you progress through Chapter 4, you’ll find a locked bunker. To open it, you’ll need to solve a puzzle of sorts to get the correct combination for the padlock.

You’ll need to have collected The Breadcrumb Trail video and found a rusty old truck that’s parked nearby to progress through Chapter 4, so here’s what you need to do.

If you’re not this far ahead yet, consider this your one and only spoiler warning.

The Breadcrumb Trail: how to get the baseball

When you find the rusty old truck, Bullet will give you a candy bar wrapper. Have him sniff it and he’ll find a videotape for you called The Breadcrumb Trail. You’ll see a tree fall and the lost boy, Peter, walking towards a bunker. He’ll drop a baseball and the other voice will give him into trouble for doing so.

Ellis will mention something about trenches you saw earlier, so follow your way through them towards the bunker. You can also radio the sheriff and tell him what you’ve found. 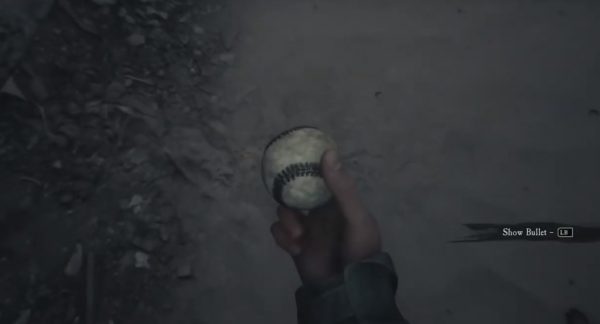 Walk a little away from the bunker to roughly the same place Peter dropped the ball in the video. Watch the video then, before the baseball is picked up, stop the tape and back out. Look at the ground to find the ball and have Bullet sniff it.

Bullet will then run off in search of something, so follow up until you reach the white tree.

When you’re near the white tree, Bullet will start barking and you’ll see some kind of creature. After that, you’ll get a text about moving being better than standing and you can revisit the rusty truck which has been transformed into the sheriff’s truck.

How to get the bunker code

When you reach the truck, look at the note on the window that says “Ch 03, say the light”.

Switch your radio to channel three and press call and Ellis will say “the light”. A voice will then command you to turn on the lights – note that it sounds very similar to the voice in the videotape. Call for Bullet and he’ll sniff out the keys. 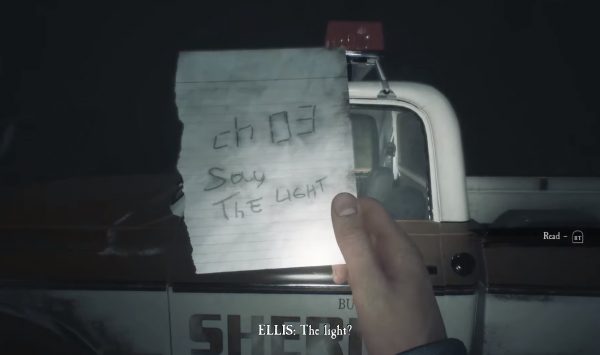 Put the key in the ignition then try to turn on the headlights with the button to the left of the wheel. Nothing will happen, so you need to check the battery. Use the lever on the same side to pop the hood of the truck and get out.

Interact with the battery to fix it and the radio will start making some noise. Get back in the car and press the button on the left of the radio. You’ll hear a woman’s voice, and eventually, she will give you the code for the bunker door through a text message. 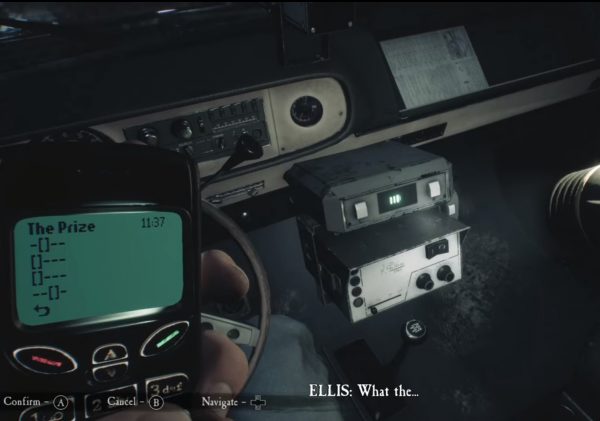 As the mobile phone is an old Nokia style, you can see that there are four dashes that represent the numbers one through four respectively. The square brackets indicate a number on each line, so the code you’re looking for is 2 1 1 3.

Head back to the bunker and interact with the padlock to input the code. 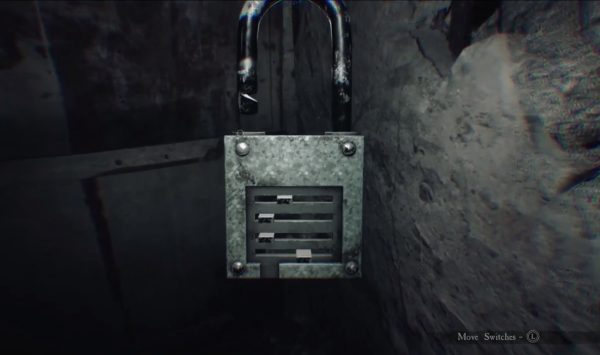 The radio inside the bunker is missing a battery. This is something you’ll find later on that you can reuse in your next playthrough, so don’t worry about missing it at this stage.

Pick up the note inside near the radio and head back to the sheriff truck to fix the fuses. Enter the truck and on your right, you’ll find a note, and you can open the fuse box which is on the left of the steering wheel.

You’ll need to move the number six fuse to the number seven fuse point and remove fuse five. After that, there will be a flash of light that will illuminate the forest and you can continue on.