Evolving Pokemon works a little differently in Pokemon Masters, so here’s how to get your sync pairs ready for evolution.

As you recruit more trainers from previous Pokemon games, you’ll eventually reach the level cap at Level 30 where you can begin to evolve Pokemon.

Your sync pair Pokemon – a Pikachu – can’t evolve, but the majority of your trainer sync pairs can be evolved or even mega evolved.

It’s not as simple as levelling up your sync pairs and waiting for it to happen like in previous Pokemon games, so here’s how to get started. 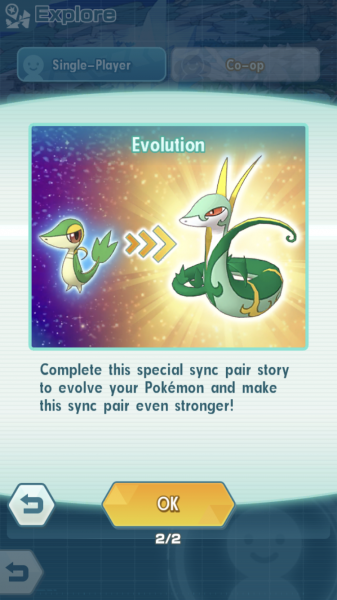 Pokemon Masters: how to evolve your sync pair Pokemon

Not every sync pair comes with a Pokemon you can evolve, so if you aren’t offered a special battle from a trainer then that’s why. Conversely, you might just not be a high enough level yet, so make sure you’ve reached the threshold first.

Once your sync pair has reached Level 30, you’ll be able to play a unique story mission for that trainer that will help you evolve their Pokemon. This only seems to work so far for first-stage Pokemon, though you can evolve them to their third stage if you upgrade their level cap to Level 45.

As well as unlocking the evolution story mission for the trainer, you’ll also need five Evolution Shards which you can buy from Tricia’s Shop for 1000 coins. You can earn coins by playing or buy them with your real-life money.

They’ll get more expensive each time you go to buy them so choose which pairs you want to evolve carefully unless you plan on dropping a lot of your hard-earned cash.

You can now attempt the battle, though these evolution battles are quite difficult. You can try it as many times as you want until you win and the Pokemon evolves.

To evolve a Pokemon to its third stage, your sync pair will need to be at least Level 45 and you’ll need Evolution Shards and Evolution Stones, which cost 5000 coins. It’s a really challenging fight, so we recommended getting past Level 45 if you can before you attempt this. 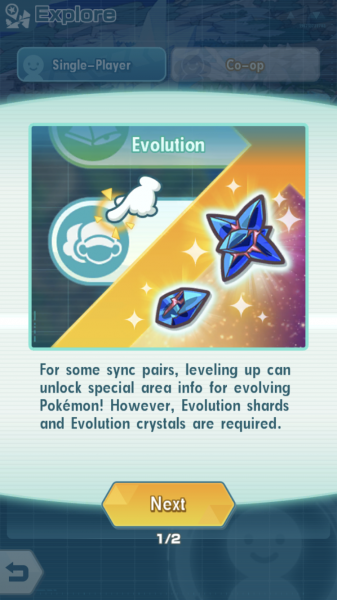 As the Pokemon evolve, your sync pairs will learn more sync moves and will unlock the ability to mega evolve for some Pokemon. A Pokemon will be able to mega evolve when a sync move is complete but this can take up to nine moves. It will stay in mega evolution for the remainder of the battle, too, which gives you a significant edge.

These are the Pokemon we know can mega evolve so far:

Pokemon Masters gets its first story event, Reach for the Top, on September 2 and will run until September 29, so jump in to get new rewards.