Gary Oldman has uncrossed his legs on the couch of the Graham Norton Show, all the better to access his diaphragm. His fellow guests wear brows furrowed with the effort of understanding what he’s just told them – that for his role in Call of Duty, he spent four days in a recording studio screaming over the sounds of battle. “THERE!”, he bellows, by way of demonstration. “ON THE LEDGE! SHOOT HIM!”

There’s plenty that Oldman’s peers in cinema would find familiar about his role as Viktor Reznov. Between the combat barks, Treyarch built Call of Duty’s first fleshed-out character, a complex human being with an arc that took two games to tell.

You first meet Reznov in World at War, the last of Treyarch’s shooters to be set in World War 2. Lay prone in a fountain piled high with Soviet bodies, his Ushanka-capped head propped against the corpse of a comrade, he appears dead. Then, as you pass, he raises a finger to his lips. “Shhh. I need your help.”

The following five minutes are an almost shot-for-shot reenactment of Enemy at the Gates, the Hollywood take on the Battle of Stalingrad. Like Jude Law’s protagonist, Reznov is a sniper locked in a game of cat-and-mouse with a Wehrmacht marksman – both stories based on the real life of Soviet soldier Vasily Zaytsev. Reznov has taken a bullet to the hand, and so he tutors you in sharpshooting: teaching you to look for the glint of a scope in a distant window, to shift your position constantly, and to wait for the cover of overhead planes to mask the noise of a shot.

It’s not unusual, in the early Call of Duty games, to find voiced characters who are a patchwork of other military portrayals in pop culture. What’s strikingly different about Reznov in the beginning, though, is his sense of poetry. He prances through the city’s ruins like an actor in interactive theatre. “This place once echoed with conversations of friends and lovers,” he says as you pass through a burning bar. “No longer.” It’s this prose – delivered by Oldman in a thick Russian accent, the kind character actors wouldn’t get away with anymore – that lends Reznov his charisma. It leaves you more than happy to be led by him.

“Reznov adopts a rare globalist perspective in a series that, even now, tends to task you with the defence of America and its allies”

By the time you catch up with Reznov in Black Ops, he’s buried deep in a forced labour camp. There, his influence has been allowed to fester, and he’s recruited the entire prison populace to his cause. He leads them in call and response during the escape: “Ascend from darkness! Rain fire! Unleash the horde! Skewer the winged beast! Wield a fist of iron!” What he’s selling is romance – the fantasy necessary for hope in a hopeless place.

There’s a dark side to that fantasy. Reznov’s mission comes at a price, and he’s willing to use others as currency. In World at War, he personifies the Red Army’s willingness to throw its infantry into the flames to extinguish the Nazis. And he carries that utilitarian perspective all the way to the camp escape in the ‘60s – where he orders prisoners to push open a heavy steel door, knowing guards will gun them down on the other side. “Victory cannot be achieved without sacrifice,” he tells Black Ops protagonist Mason. “We Russians know this better than anyone.”
This ruthlessness extends to Reznov’s enemies. In the push to Berlin, he delights in rooting out retreating Nazis, who he refers to as cockroaches. At one point he gives you the option of shooting a gaggle of soldiers who have surrendered in a metro station; if you refuse, he burns them alive. When a subordinate questions the relish he takes in the slaughter, Reznov is unrepentant. “I have seen my friends die in front of me at the hands of this vermin,” he yells as he fires blindly through a barn door. “They deserve everything they get, and more.” 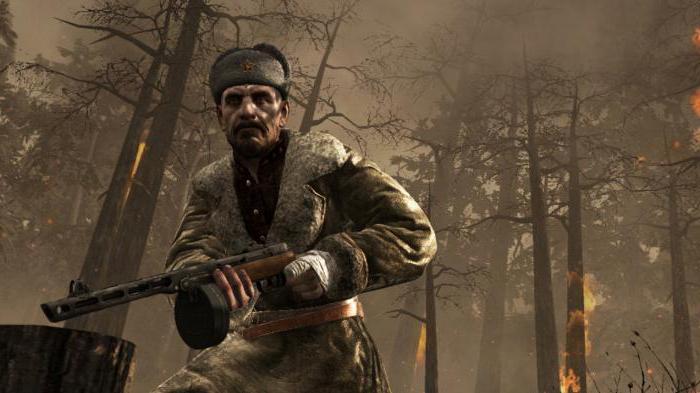 It’s revenge that drives Reznov, that permits the terrible sacrifices he makes, both for himself and on behalf of those around him. That first sniper mission is named Vendetta, and vengeance for Stalingrad fuels him all the way to Berlin. Later, it becomes personal; in the dying days of the war, Reznov is betrayed by a general, hungry for the secrets developed by Nazi scientists.

For all his consistency in character, it’s the way this one event changes Reznov that makes him so fascinating. Up until his best friend is gassed before his eyes, merely to demonstrate the power of a biochemical weapon, he is still a man who believes in orders and the motherland. Afterwards, he orders his men to shoot at British commandos and Russian soldiers alike. Reznov identifies not with any countries, but with the wronged. “We are all soldiers, without an army,” he says in the camp. “Betrayed. Forgotten. Abandoned. In Vorkuta, we are all brothers.”

His only goal, which he passes on to Mason, is to stop the three men who betrayed him from unleashing their weapon on the world. “Can you trust your leaders to destroy it, or do you think they will use it?,” he asks. “The flag may be different but the methods are the same.” It’s a rare globalist perspective in a series that, even now, tends to task you with the defence of America and its allies.

It’s rumoured that Treyarch has taken over the troubled Call of Duty game intended for 2020, and that its campaign will take the form of a Black Ops reboot, resetting the series back to the Cold War. If that’s true, Reznov deserves a place front and centre, just like the one Price has in this year’s Modern Warfare. In a series that’s often accused of jingoism, you can never have enough Reznov – the voice in your ear asking you to think for yourself.