“At first, we weren’t sure if it was something that people were really interested in.”

World of Warcraft: Classic launches next August 26, bringing the MMORPG’s 2006 roots screaming into 2019. Chatting with lead software engineer Ryan Birmingham and senior software engineer Omar Gonzales ahead of launch, Birmingham explained Blizzard’s uncertainty at even kicking off the project.

Did people really want to play a 13-year-old MMO – and could it even be remade?

Fans had already answered the former. People have been finding ways to illegitimately play World of Warcraft Classic for years – it was probably about time Blizzard offered an alternative.

“The more people were crying out for it, the more we said, ‘Y’know, we really have to do this’,” Birmingham elaborates. “Let’s treat this as a love letter to our fans and give them what they’ve been asking for.”

Gonzales was tasked with solving that second question and put together the first prototype for Classic: a lifelike resurrection of the decade-plus old game, but running on more stable modern hardware.

Getting that running was easier than expected, Gonzales explains: “We’re very fortunate that World of Warcraft was built to be a very data-driven game from the outset. It was not a huge leap from a technical backend point of view.” 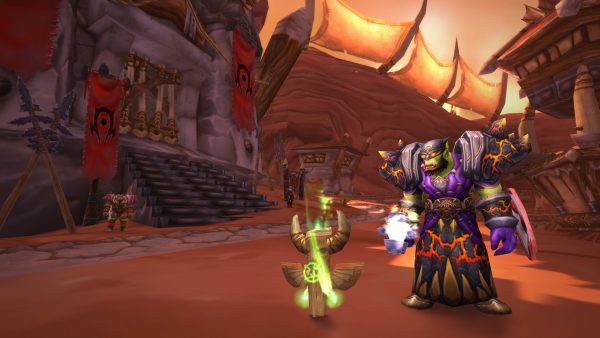 World of Warcraft won’t be the first MMO to revisit its roots. Runescape’s Old School client has been taking nostalgic fans back to 2007 (and beyond) for years. It’s grown well past an imitation, adding brand-new features per community approval.

With only so much Classic to get through, would World of Warcraft be ready to offer up a similar deal?

Not immediately, Birmingham explains: “Right now we’re focusing on really trying to nail that Classic experience. We do have a content unlock phase for the stages of raid tiers and battlegrounds that were added.”

These “content phase” unlocks will play out in six stages, starting with Onyxia and Molten Core. PVP, raids and world events will come in time, though both Birmingham and Gonzales were equally cagey on specifics.

“Historically that played out over two years, and we’ll be talking to our fans to find out what they want to see next,” Birmingham says.

Gonzales jumps in to add: “As far as what happens at the end of that cycle, it very much depends on community feedback. This whole project is very community-driven, through the content phase unlocks and whatever happens beyond that.”

“This whole project is community-driven, through the content phase unlocks and whatever happens beyond that.”

That’s not to say World of Warcraft is a lean beast. Even ignoring fifteen years of expansions, there’s plenty of World in WoW. Birmingham is optimistic that players will be satisfied by the drip-feed of new content.

“It’s such a huge world: even when all the content is unlocked there will be plenty of players taking their time exploring every nook and cranny. I know when I was playing, I had friends who were already in Blackwing Lair and Zul Gurub when I’d only just hit level 60.

“Even though we might have all our content unlocked in a year or two, not everyone will have experienced it.” 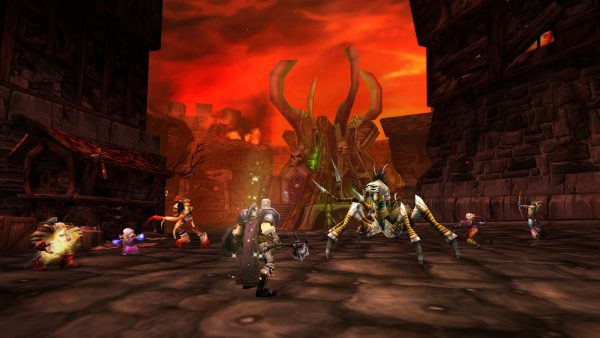 For Gonzales and Birmingham, it’s important to keep Classic as close to the 2004 experience as possible. Authenticity’s the name of the game. If something worked a certain way back in 2006, it’s in there – even if it wasn’t working quite as intended.

“We even went so far, in as many places that we could, to recreate old bugs that existed in 1.12 where it made sense,” Gonzales notes. With so many variables and abilities playing off each other, Warcraft’s earliest days were full of peculiarities that didn’t quite make sense.

Those peculiarities will work in exactly the same way in 2019. Gonzales cited a particular tick in how a Hunter’s auto-shot recovery wasn’t accounting for Haste in certain equipped slots after an interrupt.

“That had obviously been fixed after patch 1.12, but we went back and reverted that behaviour, even though it was technically a bug. We’re aiming for authenticity.”

If it’s how you remembered playing this game, it’s in there. Importantly, a minor change like that could have knock-on effects across the game – from talent picks, to encounter tactics and the overall shape of the end-game meta.

“We didn’t take a remastering approach for this project. We didn’t upscale or upres any art assets, we didn’t make any balance changes.”

“It affected how much damage you could do. We thought it was important because it did affect the gameplay,” Birmingham explains.

That’s not to say Classic will be a one-to-one recreation. Authentic or not, 13-year-old game-breakers are no fun for anyone.

“If there was anything that caused a crash, we don’t want that,” Birmingham clarifies. “But stuff like ‘should we rebalance a talent’? Absolutely not. We would never do that.

“We want all of the game systems, the combat feeling, the choices that you made between various abilities to feel exactly as it was. The things we want to fix are the kinds of things that you would say obviously wasn’t the way that was supposed to be.”

It’s a wholly different approach to Blizzard’s other big remake project, Warcraft 3: Reforged. “We didn’t take a remastering approach for this project, Gonzales says. “We didn’t upscale or upres any art assets, we didn’t make any balance changes. Our core philosophy is preservation.

“What we end up with is a very faithful recreation of what we experienced in 2006.” 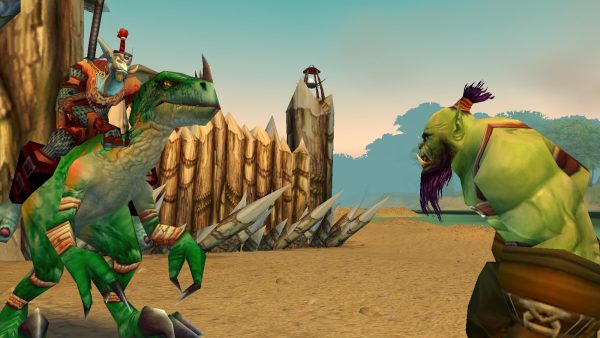 A faithful recreation for who, though? It’s nice to revisit the past and all, but will Warcraft Classic have lasting appeal – whether you’re a nostalgic old fud or a curious new kid?

Gonzales is hopeful – with good reason. He’s been keeping a thumb on the community attitude, and there’s excitement in the air. World of Warcraft has been around for nearly two decades, long enough for teenage raiders from the early days to have grown up and started families.

“One of the posts on our forums that made me really excited was a player who’d been playing since launch, who was excited to play with his kids. He has two young children at this point.

Ever-optimistic, Birmingham shares this belief. Online games struggle with preserving their own pasts, and he finds a certain value in keeping a time-locked version of the game available for all to see (even if that is on Blizzard’s terms).

“I really like going back and playing old games from my childhood,” he says. “It’s fun for me to look back. Part of me feels like that guy posting on the forums, a chance to share these experiences with my children.”

There was “something really special” about World of Warcraft when it hit in 2004. It wasn’t the first MMORPG, but it blew up preconceived notions of how big an MMORPG could be, even within Blizzard. Neither Warcraft nor the genre are as all-encompassing as they used to be, but Birmingham remains remarkably optimistic that Classic could kickstart a revolution.

“I think we’re probably on the cusp of seeing that again,” Birmingham says. “I wouldn’t be surprised if we saw another explosion of interest after release.”