The B.R.U.T.E. mech was one of the new additions to Fortnite in Season 10, though it remained unpopular with fans and is now facing a massive downgrade.

The mech was causing massive damage to opponents, collected any materials from buildings or objects you destroyed and basically rendered you invincible during a match. Fans have been lobbying for the B.R.U.T.E. to be removed but for now, they’ll need to settle wit a heavily nerfed version.

The Junk Rift has also been disabled in the FNCS tournament and Arena playlists. 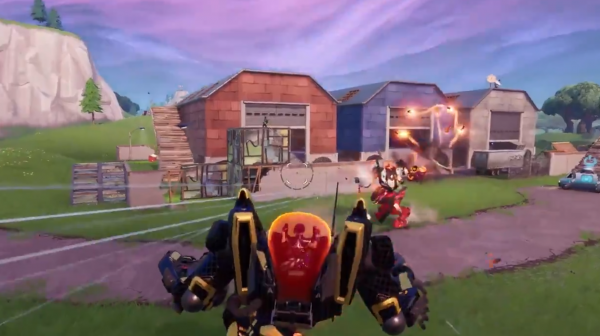 The rate at which rockets fire has been reduced by 56% and you’ll only be able to fire six at a time, meaning that you’ll have more time to dodge out of the way. The radius of the rocket explosions has also been reduced by 42% and its dash cooldown has been increased to five seconds.

You also won’t be able to collect materials when stomping through buildings and spawn rates have been decreased significantly.

You can check out the rest of the changes below, as well as our Fortnite Season 10 challenge guide here.