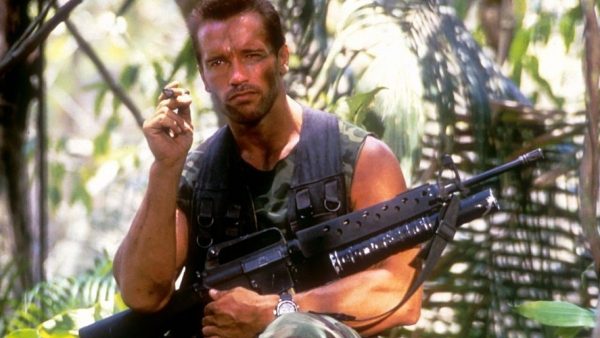 Shown during today’s Gamescom Opening Night Live stream, the trailer gives us our first look at its 1v4 asymmetrical gameplay. Predator: Hunting Grounds has one team of soldiers face off in a dense jungle against the famed alien hunter.

In the video, which you can view below, you can get a glimpse of  some of the tech used by the Predator to hunt and pick off soldiers one-by-one, and the weaponry and tactics available to those same soldiers.

“We’re early in development,” wrote IllFonic CCO Jared Gerritzen in a blog post. “[T]his was all captured from a pre-alpha build, but it still gives you an idea of our vision for this project. You get to see how we want our missions to start, where the Fire Team is being brought in on the helicopter to the jungle. Did anyone recognize the song? That is a nod to ‘87 for sure! Anyway, you drop down into the map and the Fire Team heads out to accomplish the mission goals they’ve been given, taking out AI and so on. We want playing as the Fire Team to feel like it’s almost its own game: there are AI combatants to face, objects to collect or destroy, and most importantly, getting the heck out of there when the job is done.”

“We used Predator ‘87 for a majority of our inspiration for the game. Which we hope the gamers can see from the jungle environment, but also in the lengths we went to behind the scenes. We researched the original weapons and actually recorded them being fired in heavily wooded areas to make sure the sound and reverberation of bounding around trees and leaves was as accurate as possible in-game. We of course take ‘87 and evolve with current day weapons and technology; we want the Fire Team to be able to be at the top of their game against the universe’s deadliest hunter. In addition, we actually tracked down the synthesizers used in the original score. ”

IllFonic is perhaps best known for another asymemetrical multiplayer game – Friday the 13th, which launched in 2017 before the studio ceased support and DLC plans in the wake of copyright litigation. Predator: Hunting Grounds is scheduled to launch in 2020 on PS4.