Mossmouth doesn’t think Spelunky 2 will be surfacing this year

“Unfortunately, I don’t think we’re going to get to release Spelunky 2 this year,” Yu explained on his Twitter. “Development is still going well and we’re not far off target, but the density and detail of the game is demanding more time.” 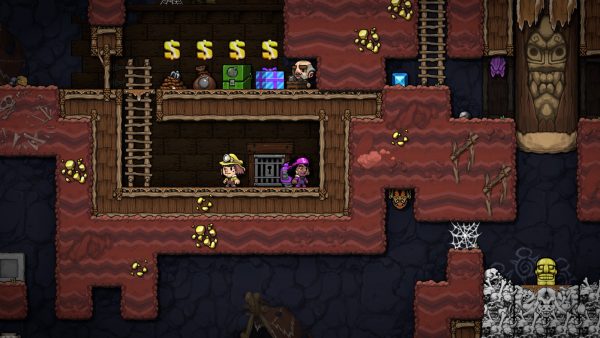 Yu continued to explain why Mossmouth has been quite tight-lipped on Spelunky 2 as of late. The team’s all quite busy, frankly, and they’ll spill the beans as soon as time allows. He did note one little change, however.

“I took in the feedback about the environments from the trailer, and while I still love the overall style, we’ve been adding more detail, as well as increasing the contrast to make existing details pop.”

Spelunky 2 looks to be more of that spelunkin’ good stuff you know from the 2012 original. Mister Spelunky, his kid daughter and more are diving back into treasure-laden caves.

Deadly new liquid physics, multi-dimensional caverns, and other updates are set to make this expedition more dangerous – and lucrative – than ever.

Spelunky 2 is (likely) coming to Steam and PS4 sometime next year.