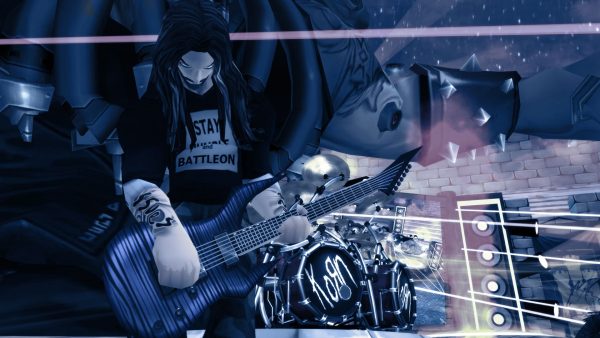 Developer Artix Entertainment made the announcement today in a screenshot-laden post showing off the polygonal band members, who will be on a digital stage while players fight monsters and get loot.

Korn will be playing the grand opening of the Battle Concert Arena of AdventureQuest 3D and its 2D counterpart, two MMOs released for PC, mobile, and tablets. The event begins at sundown on August 20 and will feature new tunes from their 13th album The Nothing, which releases September 13.

If you’re interested in checking out the concert, you’ll need to create a new AdventureQuest 3D character. Once you’ve done that, you’ll instantly find a ticket in your inventory which will transport you to the event once it starts.

If you already have an account, tickets can be bought with in-game gold. And while the event is free, there’s also an option to buy packages that feature Korn-branded items and a backstage pass that lets you take a virtual selfie with the computer-modelled version of the band.

Korn is currently on tour in the physical world with Alice in Chains.