Borderlands 3 will launch with Denuvo Anti-Tamper, the third-party DRM tech that has found increasing popularity among big releases.
The upcoming Epic Games title is one of dozens of games being released this year with the controversial anti-piracy support.

The announcement, which was spotted by eagle-eyed Reddit users, was made in an update to the game’s official Epic Games Store page.

Denuvo protection aims to prevent the unauthorised distribution of games, and has been used in South Park: The Fractured but Whole, Middle-earth: Shadow of War, Total War: Warhammer 2 and FIFA 18, among others. But it’s not foolproof. Each of those games was cracked within hours of their respective launches. Likewise, Devil May Cry 5, Metro Exodus, Resident Evil 2, Far Cry New Dawn, Football Manager 2019 and Soul Calibur 6, were each cracked within the first week of their release this year. 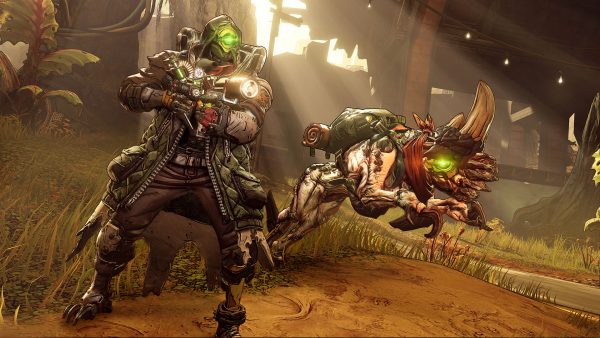 In 2018, DRM developer Denuvo Software Solutions filed a lawsuit against a Bulgarian hacker, who had cracked a number of Denuvo-protected games. The hacker, known by his online alias Voksi, was later arrested.

Denuvo has developed something of an infamous reputation among gamers over the years. This method of DRM requires that users have an internet connection, for one. But more significantly it seems to affect game performance.  In 2017, Voksi said that the anti-piracy measures taken for the PC release of Assassin’s Creed: Origins were hogging CPU resources. Origins used two layers of DRM: Denuvo, as well as additional DRM called VMProtect. While this made Denuvo extremely hard to bypass, it came at a cost of roughly 30-40% of CPU power. Ubisoft denied that the DRM tech was to blame for high CPU usage.

Borderlands 3 launches September 13 for PlayStation 4, Xbox One, and PC.