Forza Horizon 4 was a great game at launch, and its post-release support has cemented it as the system’s best.

No matter what way you spin it, Microsoft’s had a dud generation. Yes, Game Pass is great, and probably the future of how games will be accessed. Sure, the Xbox One X is the most powerful console on the market.

But when it comes to exclusive games, the ones that you’d buy an Xbox just to play, the machine has come up short. Compare the console exclusives, and the Xbox One simply doesn’t stack up against the PS4 – hell, it didn’t stack up against the Wii U (before the Switch swallowed up most of its previous exclusives). They’re thin on the ground, and a lot of them just didn’t work. It’s telling that they stopped reporting their sales figures years ago.

But the Xbox One has one clear shining light. The Forza Horizon series has been a consistent performer, a bi-annual bright light in the system’s line-up. Forza Horizon 2-4 have been the Xbox One’s standout exclusives, and while each game has been great in its own way, 4’s openness, its generosity, and its sprawling recreation of Britain made it the clear series standout even at launch. Ten months later, it’s only gotten better, deeper, and bigger. 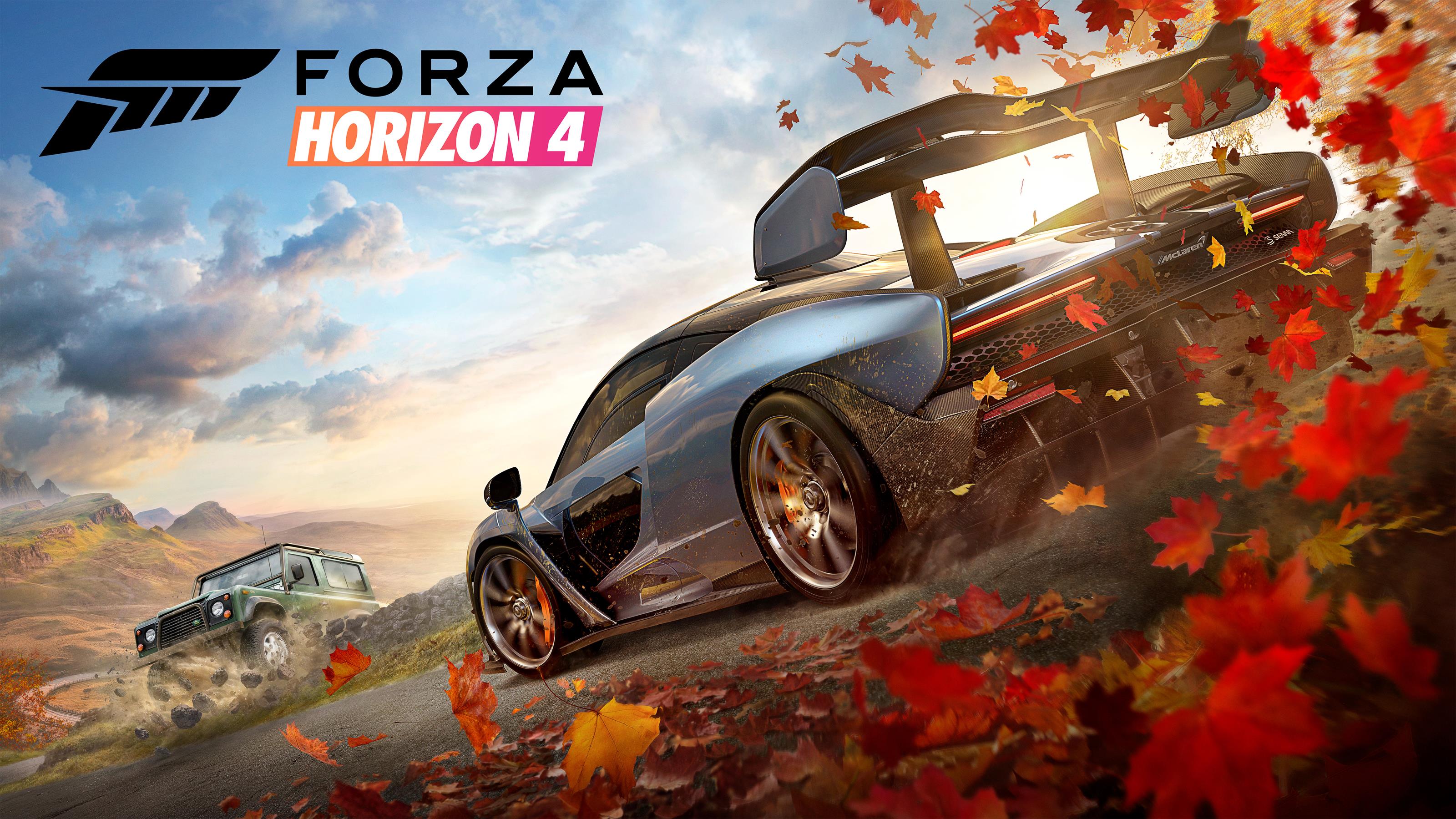 Forza Horizon 4 is the 2018 game I have spent the most time with in 2019, coming back at least once every three weeks or so to spend a few hours chipping away at the enormous map, completing new races, checking out what’s been added, and unlocking new cars. It’s not just because it’s a great racer, either (although it is) or because the cars are tremendous fun to drive (even though they are).

Forza Horizon 4 keeps getting loaded up because it’s become my go-to chill out game, the one I turn to when the Xbox is on and I can’t decide what to play. It’s a game that I know that I can come back to periodically and achieve something in every time. It never matters if I’m winning or losing races, or whether I’m getting three stars on every PR stunt. I know that if I turn the game on I’ll have a good time, and that some numbers will go up, and that I’ll probably unlock some new cars.

That’s by choice, too. If I wanted to go hardcore, to really pursue mastery, the options to do so are right there. The weekly Festival Playlists often issue challenges that are well beyond what I can do, but I never feel like I’m being pressured to push myself beyond where I want to. Even the fanciful sounding pre-launch promise of a game that would let you dive extremely deep into being an artist or enthusiastic tinkerer to progress ended up being more-or-less true (although I suspect most players have leveled up by, you know, driving).

Forza Horizon has always encouraged you to make your own path, but the way this entry is structured has gelled extremely well with the way I like to play it, far moreso than in Forza Horizon 3 (which is still very good.) 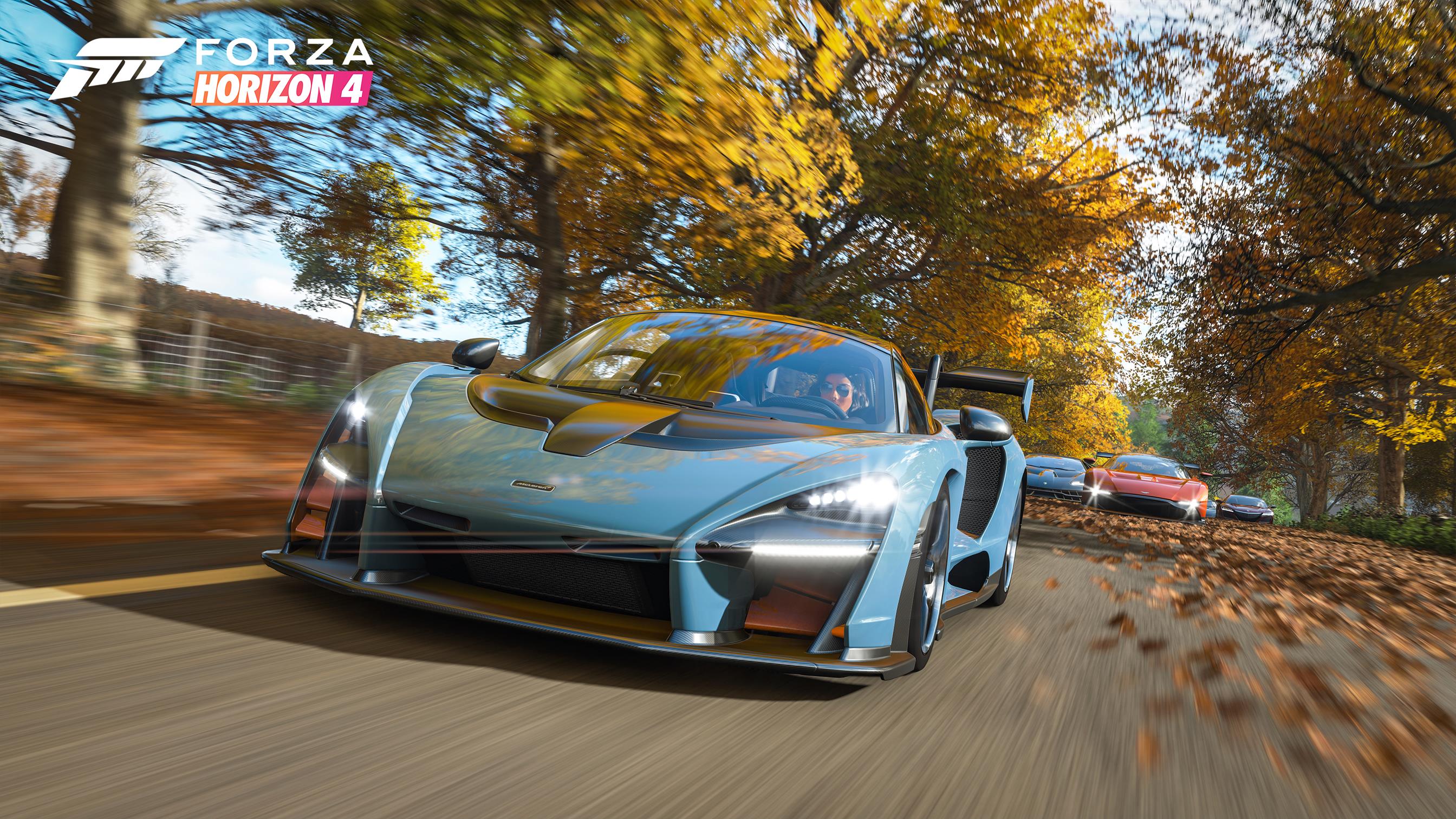 Over time, the true genius of the seasons system has become evident too. As much as Yeats warned us about longing for the new season, knowing that conditions change every week has kept things fresh. There’s always a little bit of dread when you load up in winter and a burst of excitement when it’s summer, which is, I think, true in all areas of life. The shifting seasons makes the game feel alive without forcing the developers to constantly make significant changes to the world itself, which is good because the game’s version of Britain is big enough that I’m still discovering new roads.

In truth, when I come back to the game, I’m not always sure what’s new and what’s been in there since launch. It was only when I was purposefully digging in for this article that I really wrapped my head around the new Star Card system, which tracks your progression towards some enormous challenges. Even after over 50 hours, I’ve barely made a dent in these. I notice when new Horizon Stories are added, though, because I love them. In a recent update, Forza Horizon 4 added a new Top Gear story, and even though that show’s time has arguably passed there’s still a certain allure to seeing the Stig in the world of Horizon. I might never three-star every episode, but there’s so much else to do that I’ll never need to, either.

This isn’t even taking the game’s DLC into account. There’s something strangely commendable in how inessential Horizon’s DLC offerings are, in that they’re always so truly separate from the main game that if you didn’t have them, you wouldn’t feel like anything was missing. Fortune Island, with its rocky climbs and treasure hunts, is the highlight of the two, but the recent LEGO Speed Champions DLC is adorable and weird enough to justify the extra ten-or-so hours it’s eventually going to bolt onto my final total play time. 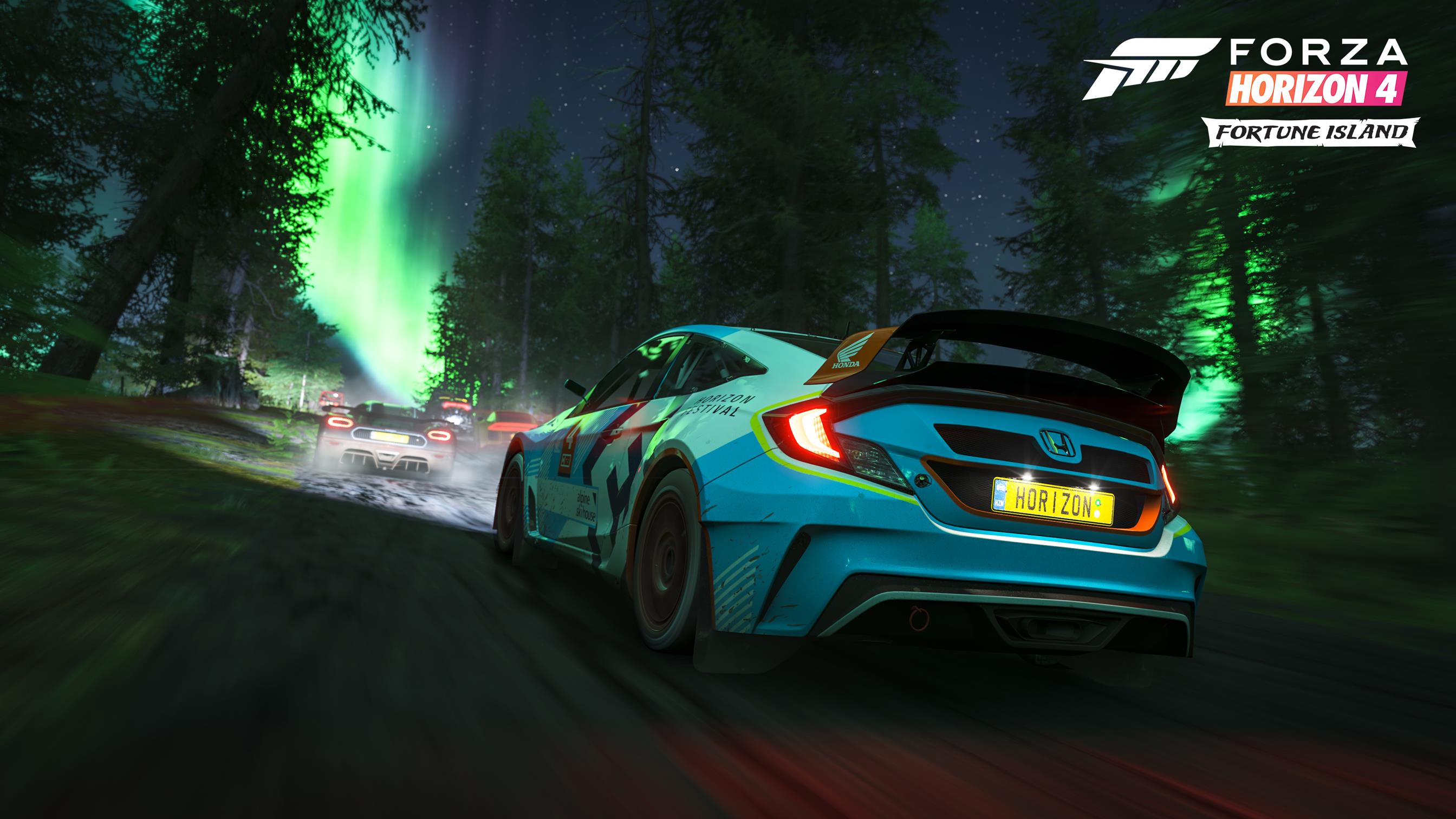 I realised, digging into the menus to find things to write about for this piece, that I’ve barely played with the game’s competitive or cooperative online modes beyond the occasional Forzathon (an in-game event that will gently encourage you to head to a spot on the map to work with everyone else towards a communal goal for 15 minutes). I don’t know that I’ve ‘kept up’ with Forza Horizon 4, but unlike so many other live games, I’ve never felt like the game was punishing me or putting me at a disadvantage because I hadn’t read all the dev diaries or patch notes (I wish I could say the same for fellow Xbox exclusive Sea of Thieves).

I’m not, honestly, even entirely clear on whether the game has an ending or not, or if I’m meant to be working towards a specific goal beyond continually leveling up and picking away at the races I haven’t finished. I don’t think it matters. There’s something very comforting about the game, like being driven home by a sober friend after a big night, and that’s why I love it. You can tell that Playground Games is doing great work because so much of the work they’re doing is invisible – I just know that I’m guaranteed a good time when I load the game up.