Age of Wonders: Planetfall is the latest instalment in the series, combining turn-based combat and strategy with empire-building in a sci-fi setting. There’s a lot to get your head around, so we’ve come up with some top tips to help you get started.

Once you’ve decided which of the six factions you want to play as, you’ll want to begin exploring to find new friends and foes, improve your military strength and research your way to a technological utopia.

Or, you could be a great big cheater and just enter some console commands.

As this is a Paradox Interactive game, there’s a bit of a steep learning curve as you get to grips with Planetfall’s many mechanics. You should definitely complete the tutorial before jumping in head first, you can start to annihilate your enemies with these cheats. 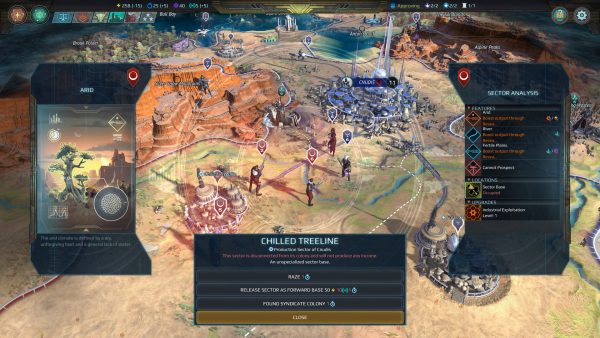 Planetfall: how to enter cheats

To bring up the cheats console, press Control, Alt and C at the same time. Once the bar appears, type in the cheat and press Enter to input it. Enjoy!

It’s worth noting that you won’t be able to earn any achievements if you use cheats, but it’s always fun to see what you could achieve if you had loads of resources. 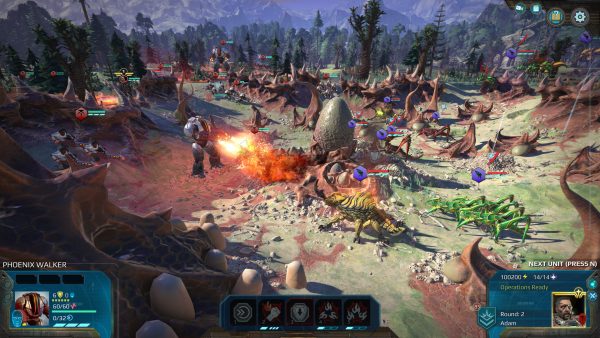 Planetfall: tips for getting started

The in-game currency is Energy, which can be used to speed up building certain items. It might seem prudent to hoard them as you can only speed build something once per turn, but you can easily earn them back and speed-building a particular unit could turn a fight in your favour.

Managing your resources is the key to success when playing the long game. Alongside Energy, Cosmite, Knowledge and Influence are the main resources you’ll have to manage in order to win. Having a high Influence but low everything else won’t work for long, and keeping the balance can be difficult when everyone around you is on the warpath.

In saying that, if your Influence is high enough you’ll be able to recruit units from friendly neighbours, much like you could with city-states in the likes of Civilization 5.

Expanding your colonies quickly and assigning workers is a good way to increase your population’s happiness, as well as letting you build an impressive army. The bigger your empire is, the more foreboding your army will be, which is crucial if you’re looking to become the next best warlord.

Building a good relationship and taking part in diplomacy is another route to victory. You can trade with others, foreshadow what another faction might do and form alliances that will come to your aide in a time of need. The diplomacy system has had a bit of an overhaul so that you’re less likely to be caught out by a surprise war declaration. 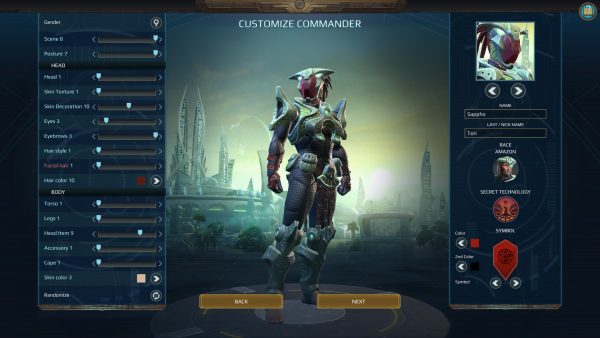 The tutorial gives you a good grounding in Planetfall’s turn-based tactical combat, but it goes without saying that the best shots to take are the ones with high accuracy and hit chances. Overwatch can be infinitely useful for upfront units, as well as melee and explosive attacks if you want to ambush an enemy. If you managed to stagger an enemy using melee, there’s a chance they may not react, leaving them exposed for another attack in quick succession.

Specialising a Commander early on can make a major difference, though pay attention to the type of healing resources, as some will only heal soldiers and not machines. The Imperial APC loadout for Commander’s is a good shout for beginners, as well as Decadent, as you’ll get a healing drone and a tank in one neat package.

In terms of exploration, it depends on the terrain around you. If you’re close to rivers, research the Aquatic Exploration Tech as it’ll make traversing the map much easier. The research proposals are all quite self-explanatory and you’ll be able to figure out quite quickly which ones you need to prioritise.