Fire Emblem: Three Houses is a sprawling and epic strategy RPG, and in your time with it, it’s easy to forget that it’s amiibo compatible at all – there’s just that much to do. It’s worth remembering, however – tapping a few of the collectible Nintendo figures at the amiibo gazebo can result in some very worthwhile rewards…

There are two classes of Fire Emblem Three Houses amiibo figure scanning reward – firstly there’s the rewards you obtain for tapping a truly appropriate amiibo – so a figure of another Fire Emblem character. Second, there’s a lesser reward for tapping any other amiibo – and that could be anything or anyone from Pikachu to Solid Snake. 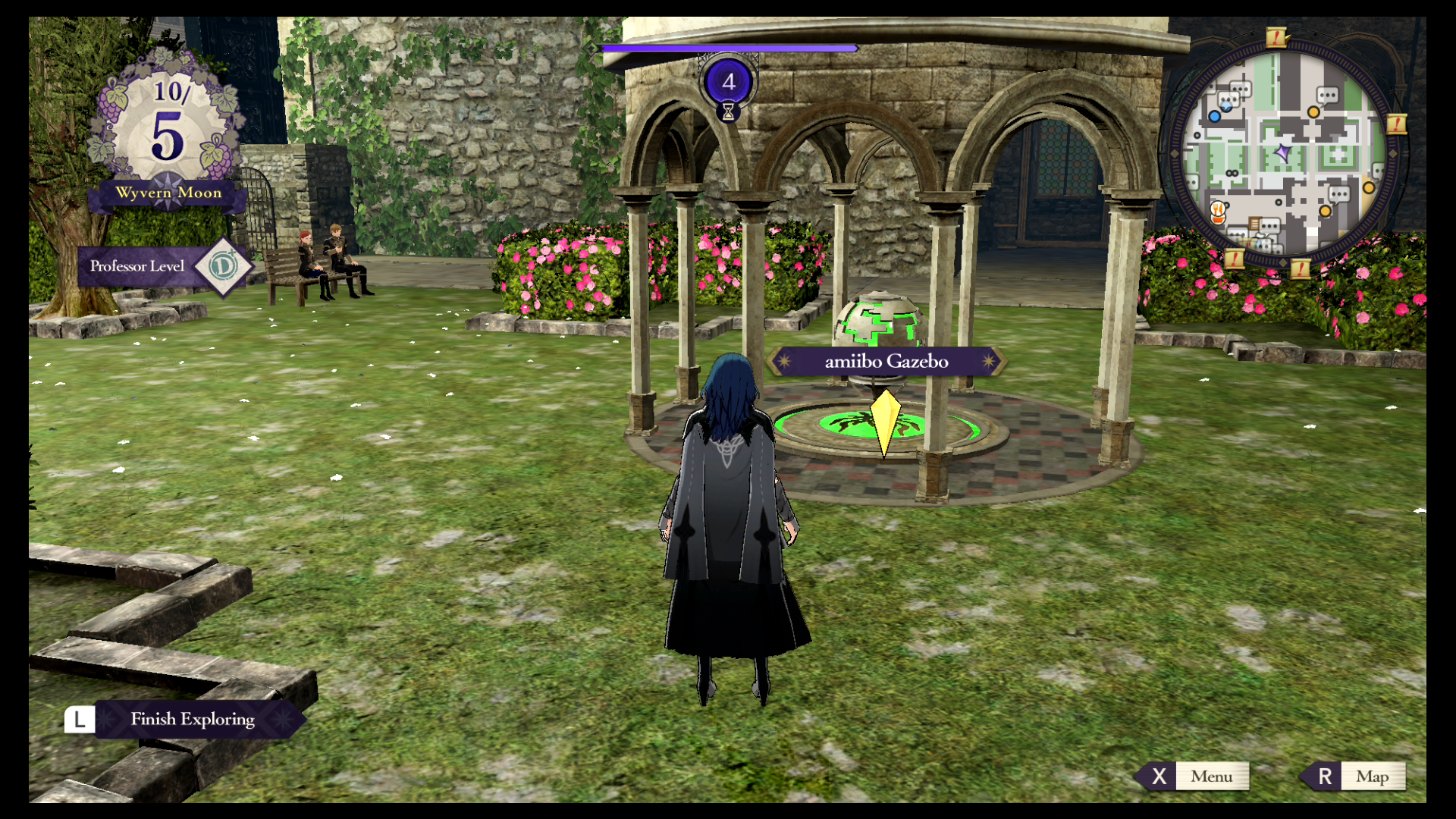 How to use amiibo in Fire Emblem: Three Houses via the amiibo gazebo

Much as with Zelda: Breath of the Wild’s use of amiibo, the functionality for using the figures is actually tucked away, slightly out of the way – presumably so it’s not able to disturb players who don’t own any of the figures. The good news, however, is that it can be accessed at any point after you’re able to freely explore the monastery, the hub zone that you’ll treat as home throughout Three Houses.

Present in one of the gardens in the middle of the monastery, just north of the entrance hall, is a stone structure that the UI marks as the ‘amiibo Gazebo’ – and all you have to do is walk up to the gazebo and interact with it like any other thing in the world. The game will do the rest, guiding you to tap an amiibo figure. When you do, you’ll get a reward. 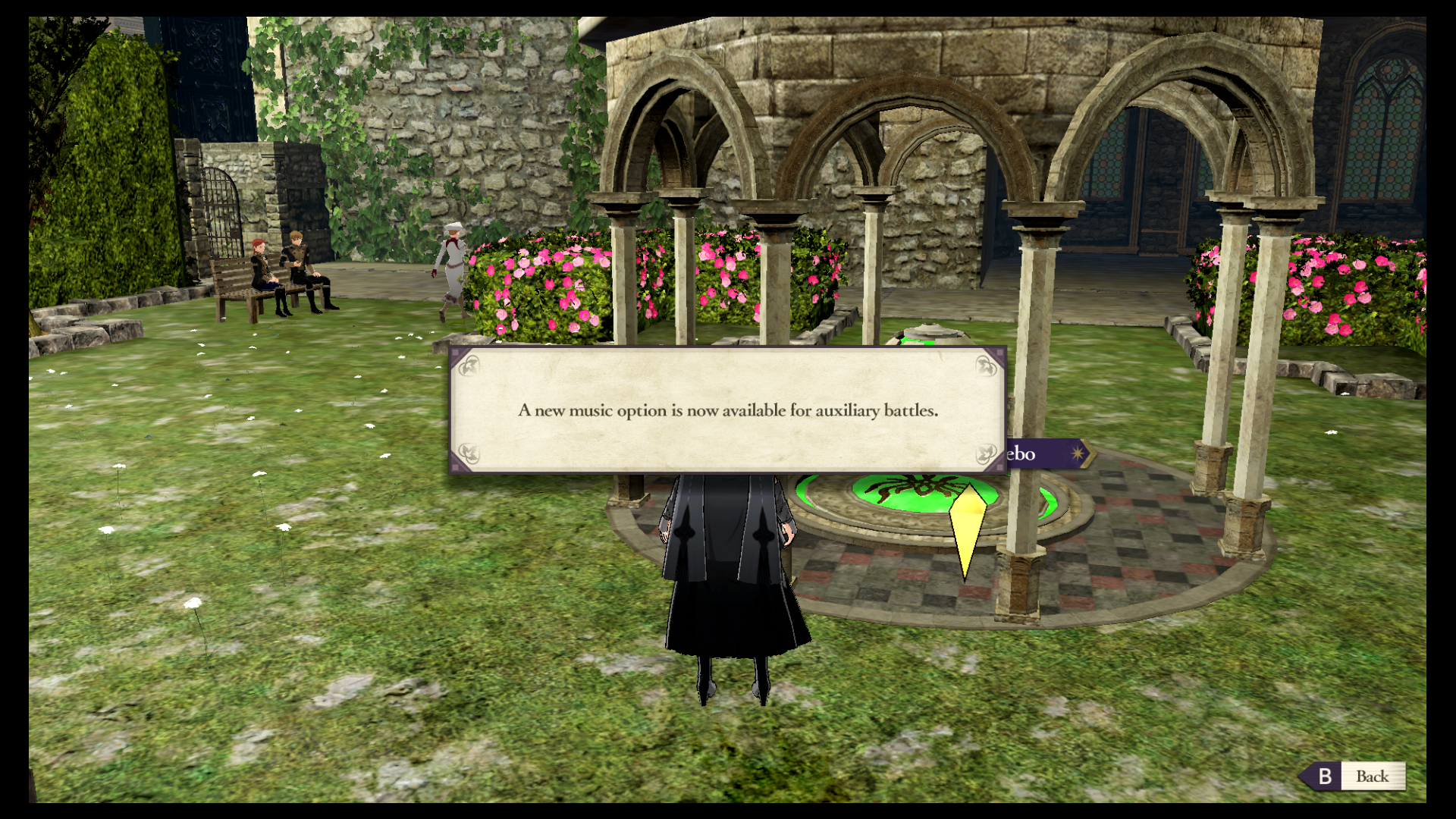 Fire Emblem Three Houses amiibo unlocks: what every amiibo does

The reward will vary randomly, and there’s a slight adjustment depending on the amiibo you tap. If you tap a Fire Emblem branded amiibo, there’ll be a set reward the very first time you use it. That reward will be a classic Fire Emblem music track that can be used in non-story battles throughout the game. The track that unlocks will be familiar to Fire Emblem fans; it’s always something appropriate for each figure, and from the games the character in question hails from.

There’s a range of amiibo of Fire Emblem characters; there’s several in the Super Smash Bros. series covering the characters who have appeared in that game, but there’s also a small number of Fire Emblem series amiibo released stand-alone, too. All are compatible and have special rewards attached.

Other amiibo tapped will still work, however – and they’ll simply spawn a range of items for you. These items can be picked up and then used in battle, for crafting, cooking, hosting tea, planting and so on. It’s a great way to save money, and almost everything that drops is useful in some way.

What isn’t clear to us just yet is if the item type that spawns is influenced at all by the type of non Fire Emblem amiibo you scan. You can even just sell the amiibo spoils for gold – but the music tracks are the real top tier reward, and a great nod to hardcore Fire Emblem fans.