Street art or crime? One of this week’s major Fornite challenges sends you to visit Graffiti covered billboards in a single match. There are three art layered signs that you can track down across the map – each smeared with the GG spray that you could have collected yourself – here’s where to find all of the locations.

Seeing as you have to visit the Graffiti covered billboard locations in just a single match, you’re probably going to need some extra movement. Since one of the billboards are in the snowy area, it might be worth dropping into Happy Hamlet to grab a drift board from the shop on its southern edge, or you can go to the ranger station on the hill to get one there.

Alternatively, there’s a big stash of boards just to the north of the second location, so you could hit that one first and head back across. Either way, here’s where you have to go.

We’ve listed each of the locations in the table below, but have also marked them on the following map: 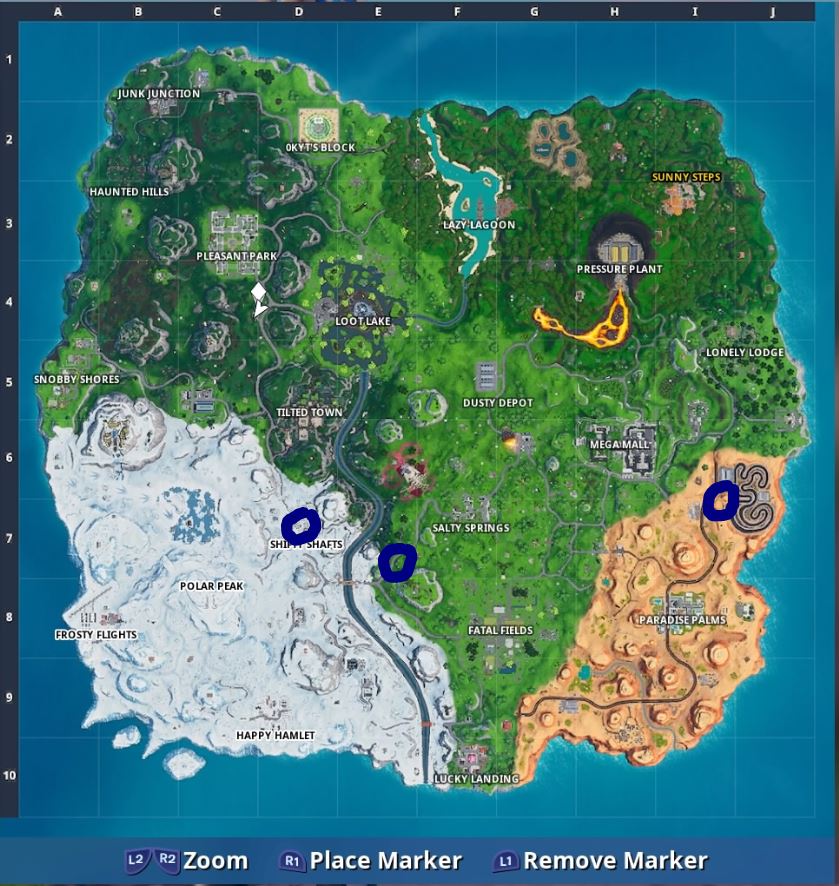 We’ll start off with the most difficult Billboard that’s the furthest away from the others. However, this might mean that it’s the least popular location and you’re less likely to run into competing players. There are other challenge locations near here though, like the junkyard with one of the containers with windows inside. 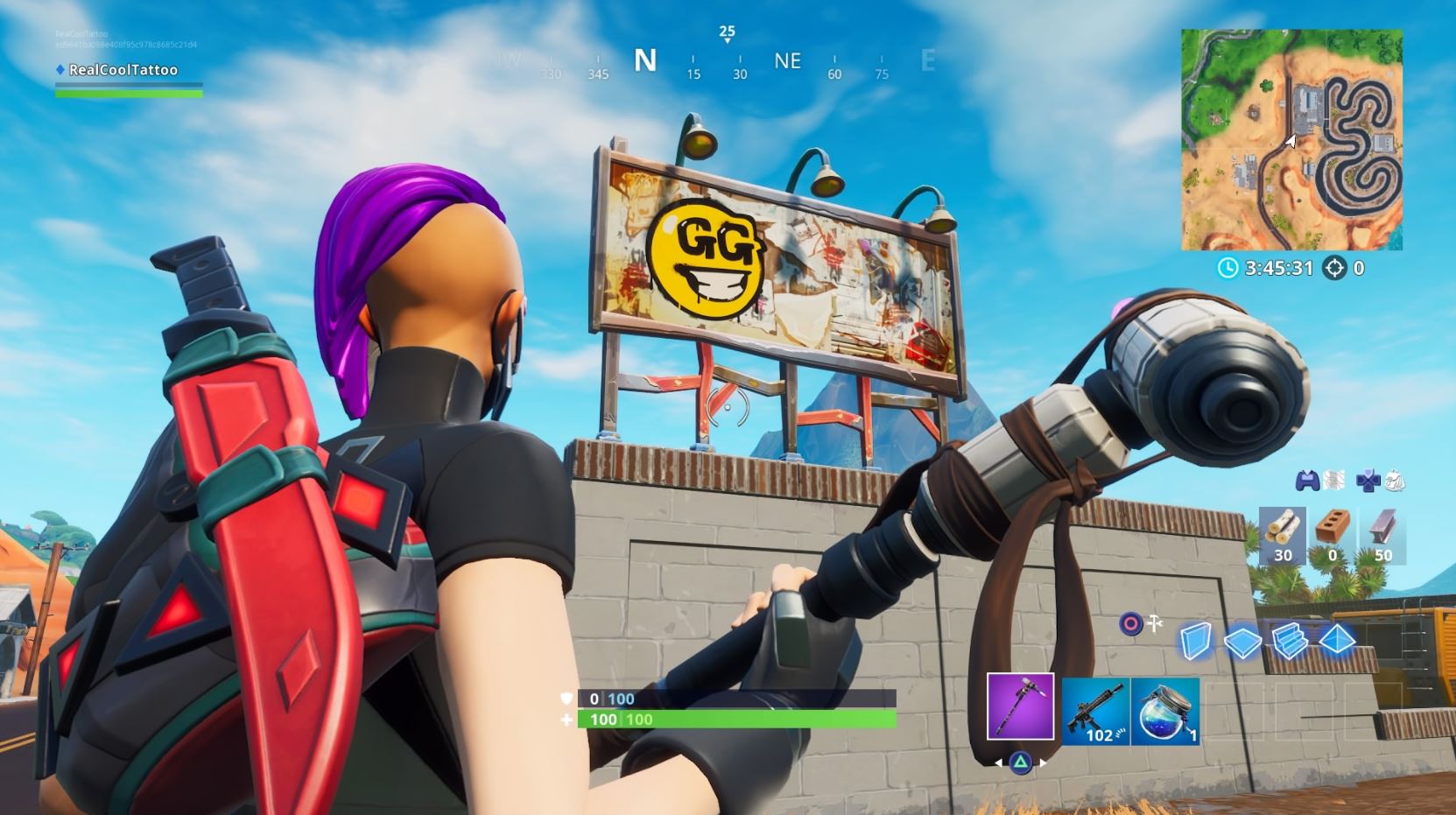 Head north on the road that leads out of Paradise Palms – north of the Gas Station you need for the other challenge – in the southeast of the map and you’ll eventually reach the racetrack area. Here, if you look up as you reach the southern end, you’ll find the Billboard. You’re looking for a yellow emoji face with “GG” for eyes. 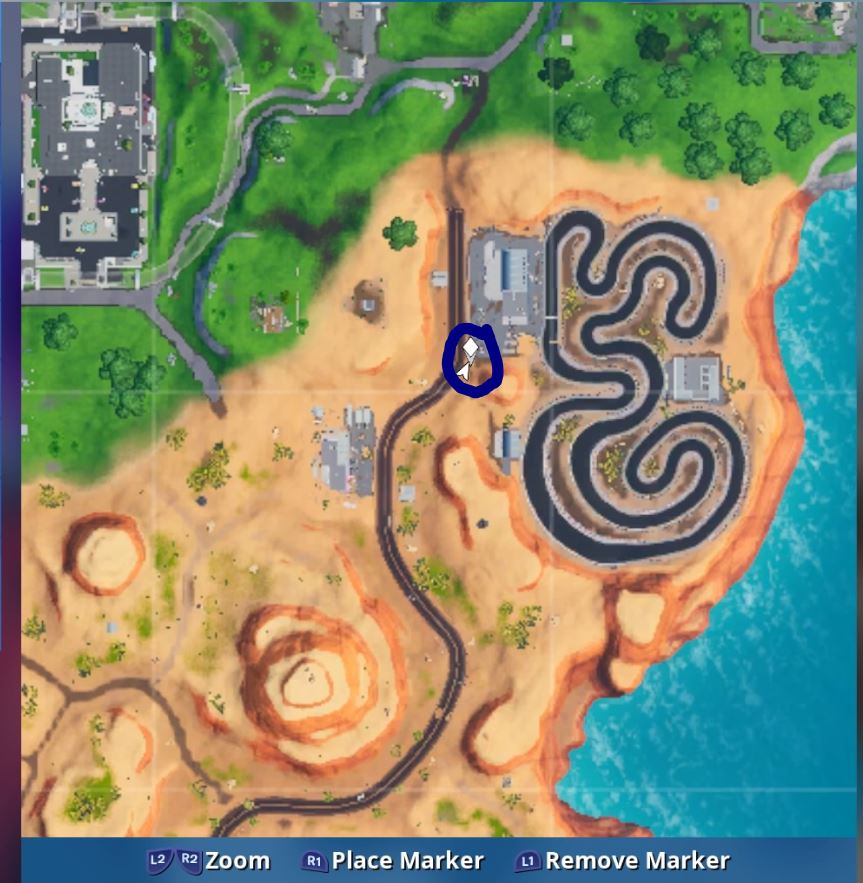 If you head up a little further to the racetrack, you’ll most likely find drift boards that you can ride west to the other locations.

The second Graffiti Covered Billboard is found nearer the middle of the map, in reference E7, near the central river. 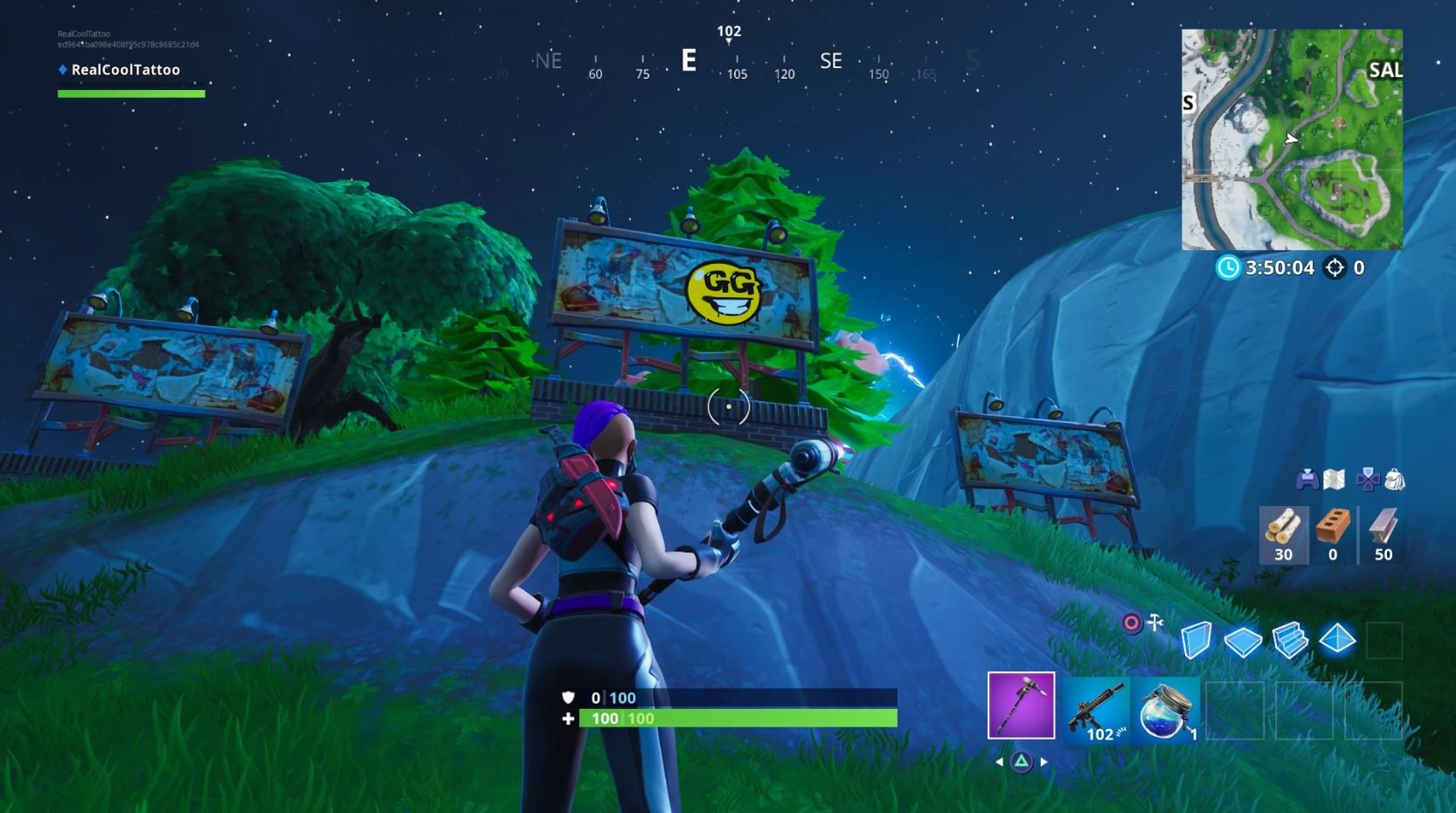 Again, you’re looking for the “GG” emoji. It’s then a comparatively short hop from here to the final location. 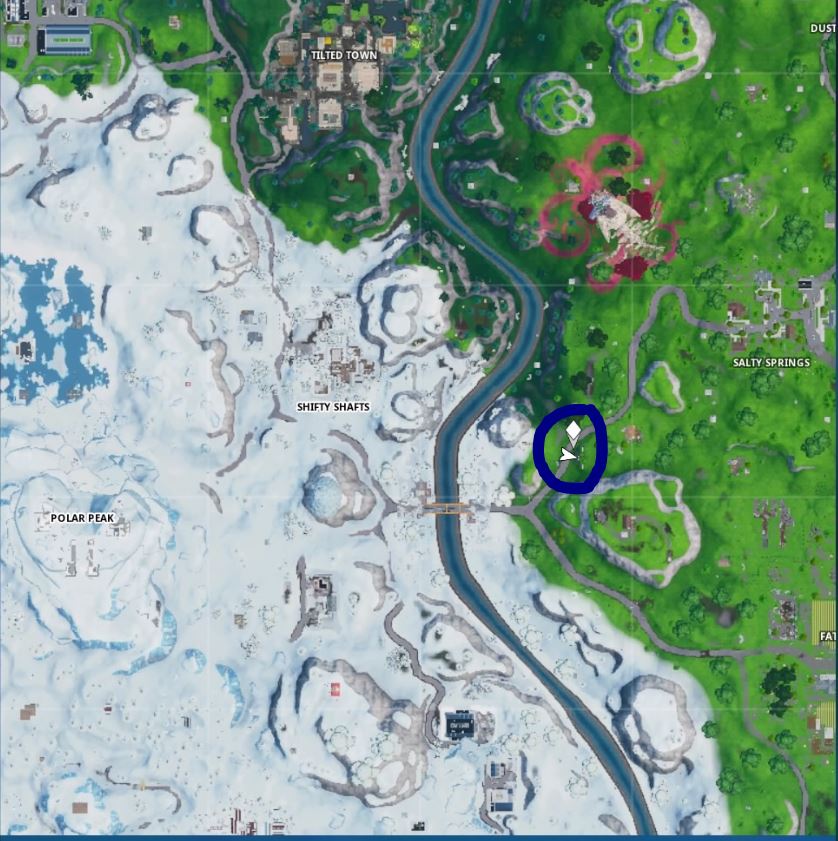 This is likely to be a popular spot to complete the challenge because it’s closer to the second location. As an aside, you can find a vending machine that you need for another of the challenges here too. 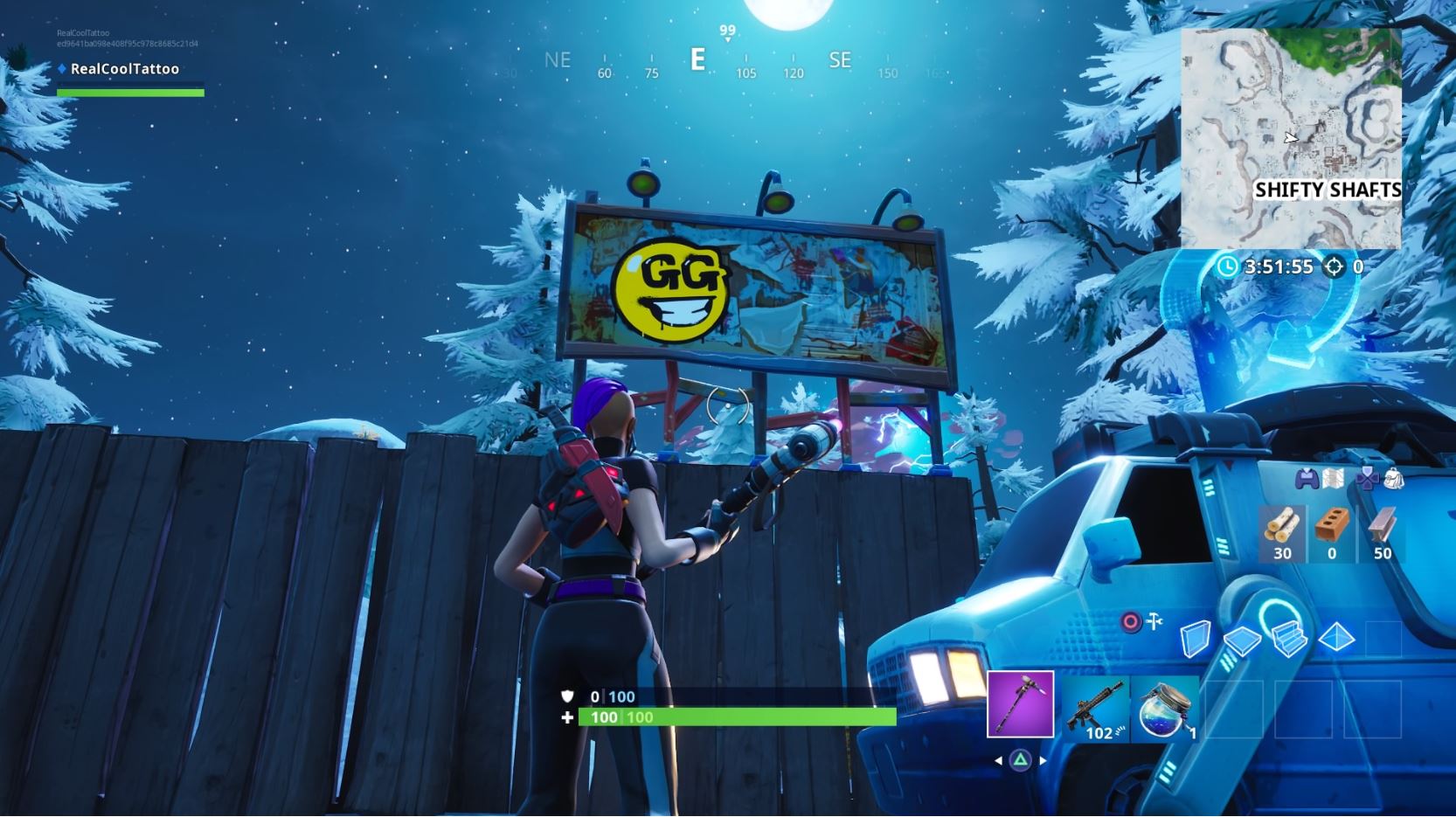 You’ll find the billboard on the western side of the area, near the trucks and across the road from the houses. As we mentioned before, this is quite close to Happy Hamlet, so you could pick up a drift board there for a faster getaway. 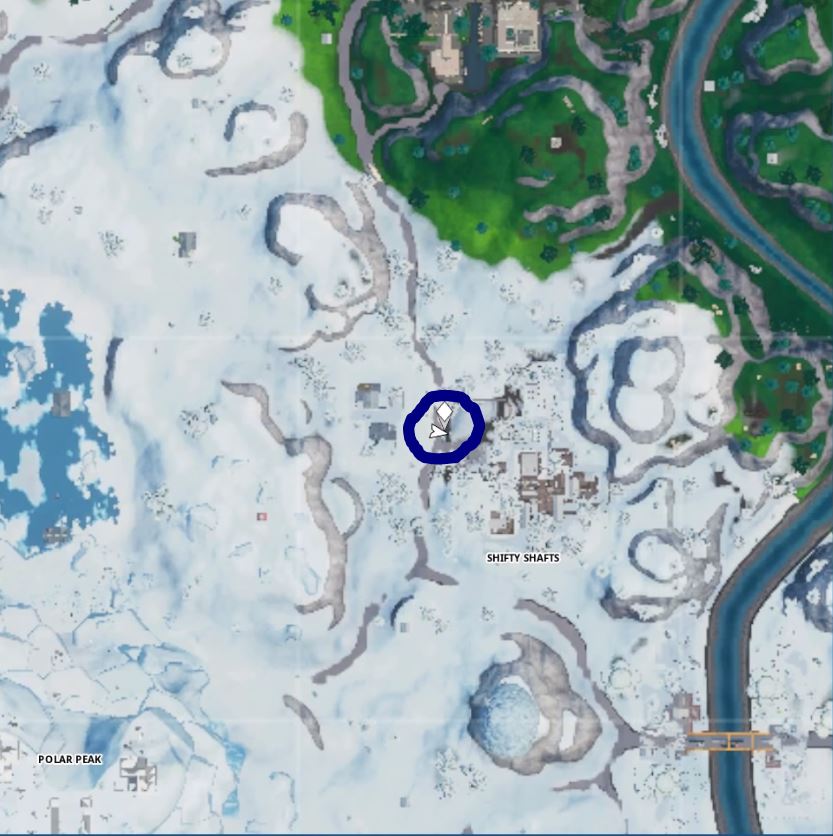