After its (completely unsurprising) announcement earlier this month, you can now put down a Nintendo Switch Lite pre-order at various retailers in the US.

The pared-down version of Nintendo’s hybrid console has a number of differences compared to its slightly bulkier sibling. Most notably, the device can no longer be docked to use in TV mode so you’re only able to use it in handheld mode. Because of this, the Joy-Cons are not detachable either and a couple of features – such as HD Rumble and the IR Motion Camera – are not supported. However, it is lighter and has a longer battery life to better support gaming on the go!

A Nintendo Switch Lite pre-order will set you back $199.99. That’s just the price for the console on its own and works out at $100 cheaper than the standard price for a Switch. The Switch Lite comes in three different colours – Turquoise, Yellow and Grey – as well as a Pokémon-themed Zacian and Zamazenta Edition with unique artwork. 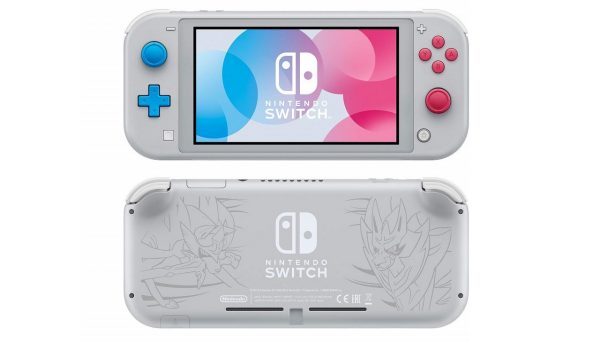