Each member of the Ultimate Alliance has their power governed by six stats: Strength, Durability, Mastery, Resilience, Vitality, and Energy.

Along with these are a couple of other systems: Enhancement Points and Ability Points. Basically, these allow you to permanently increase the power of your heroes – improving their stats and fighting abilities. 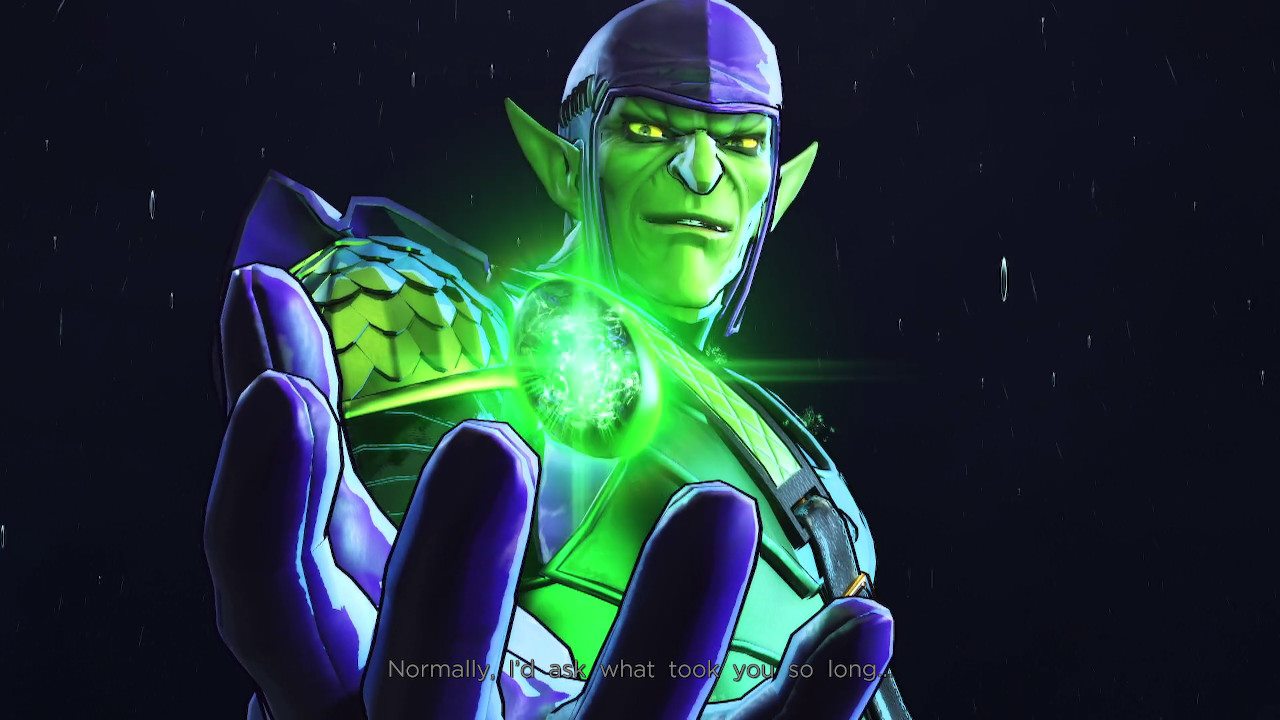 As you’d expect, Strength is the measure of your heroes’ basic physical attack power. The higher their Strength, the more damage they’ll do with melee, piercing, and projectile attacks. This makes it an important stat for big hitters like Venom, quicker martial artists like Elektra, and those in the middle of the two like Wolverine.

The higher a hero’s Durability, the less damage they take from incoming melee, piercing, and projectile attacks. Highly durable characters are good at taking on hoards of basic enemies, who tend to rely on melee.

Mastery increases the damage of ethereal and energy attacks. This makes it a vital stat for heroes like Dr Strange, Storm, and Scarlet Witch.

Resilience protects your character from ethereal and energy attacks. These are rarer, but it becomes more useful later on in story mode, as you start to encounter more magical enemies.

Basically, the higher a character’s Vitality, the more health they have. This is one of the easier stats to see the effects of, because they’ll have more HP in the character menu.

Energy lets you use your character’s skills, so the higher the stat, the more often you can unleash your most powerful attacks.

Enhancement Points are an often overlooked element of Marvel Ultimate Alliance 3, but are extremely powerful.

You gain Enhancement Points in Marvel Ultimate Alliance 3 every time you level up a character. To spend them, head to the lab menu and select Alliance Enhancement. 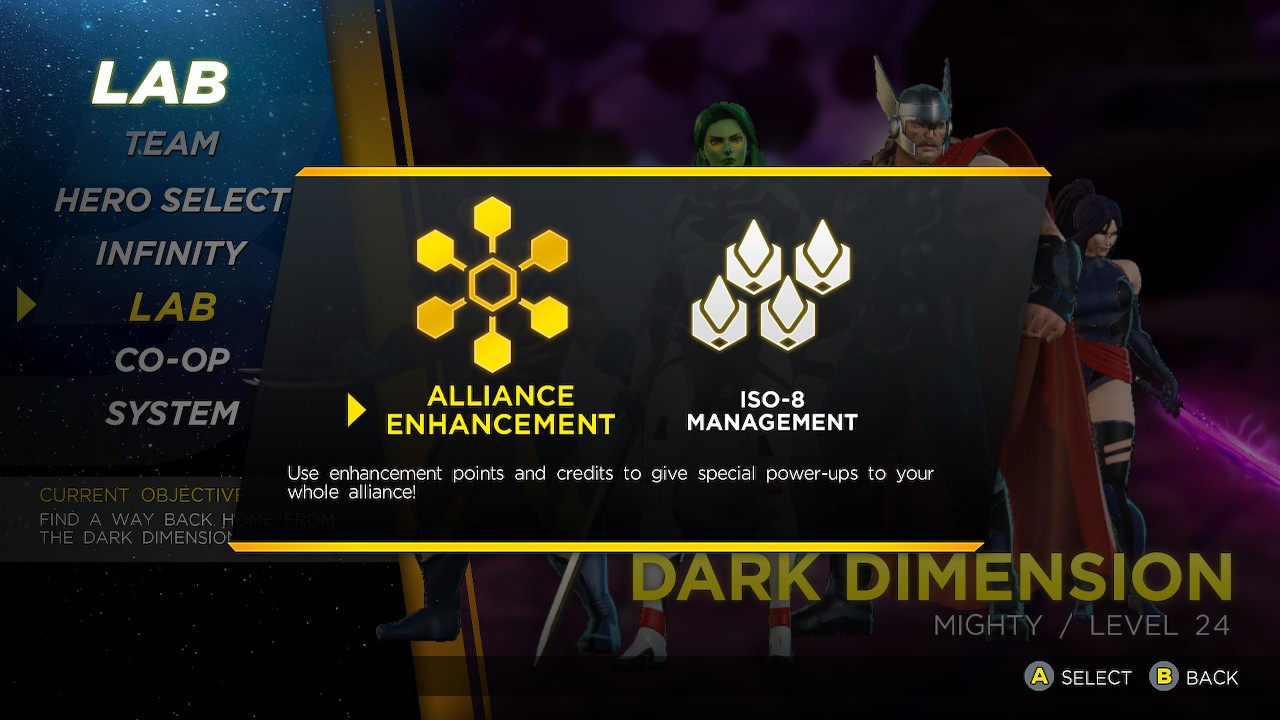 This brings you to a hexagonal web of buffs that give your team permanent passive upgrades. This can be increased stats, or improved damage resistance or output. 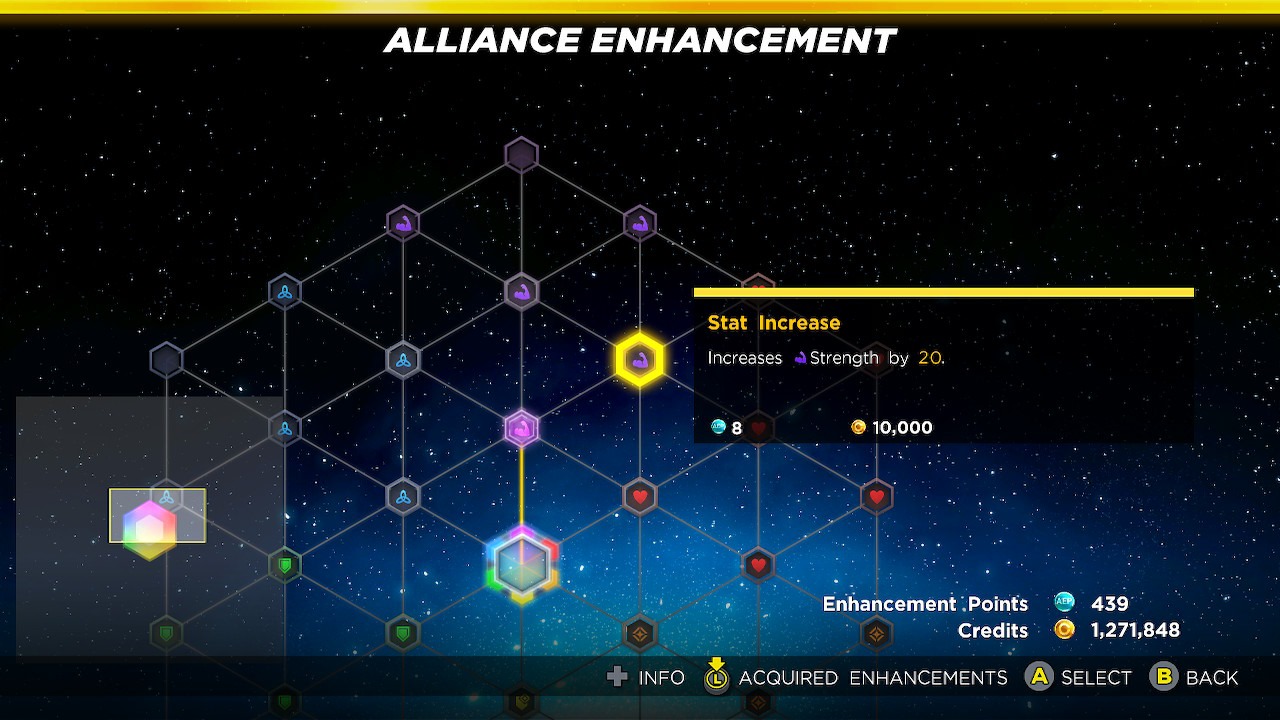 When you acquire the node on the corner of the central hexagon, it will unlock a whole new hexagon of nodes. Be sure to check in and spend them alongside the credits you earn in-game to make sure you don’t lag behind – these can make the difference in battle.

Once you’ve gathered every buff in an orbital hexagon, you’ll unlock the special central passive ability, which is extra powerful.

You can also earn Enhancement Points from certain Infinity challenges.

Ability Points are also granted every time your character levels up. They are specific to each character rather than a central pool, and allow to upgrade the damage and efficiency of special abilities.

The first upgrade uses only Ability Points, while the others need Ability Orbs – we have a page on where to find more. 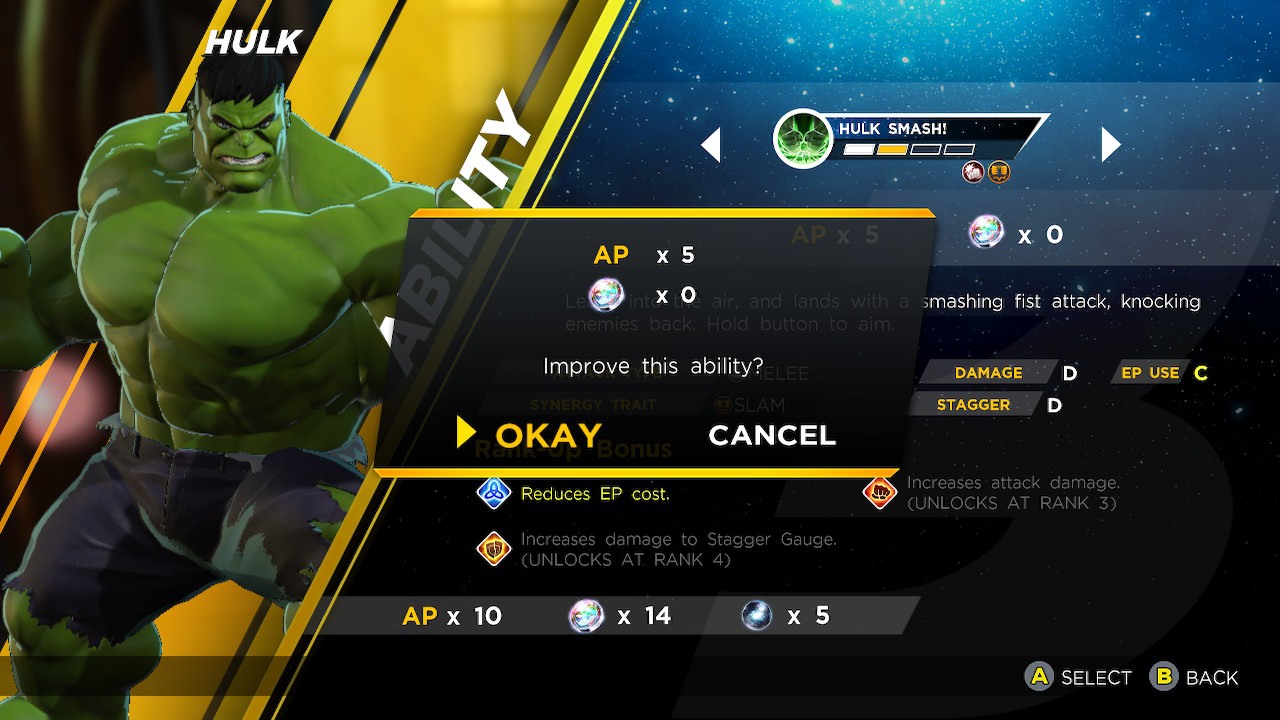 To enhance your skills, go to the Team menu and select a character. Press A to view their Hero Info, then press L to go to their Abilities. Now move the cursor to the skill you want and press A to rank up.

For more on Marvel Ultimate Alliance 3, take a look at our pages on where to find the Infinity Rifts, master Synergy Attacks, and unlock every character.