A new update is available for Rage 2 and it adds a new mode and difficulty level along with New Game +.

You can also expect the usual quality of life improvements and bug squashing.

Come September, more content will be added to the game. This includes the Rise of Ghosts expansion which adds new story missions, a new location, enemy faction, weapon and ability.

In November, the second expansion will be released. It also includes a new story, missions, enemies, and additional areas to explore.

Full notes for Update 2 are below. 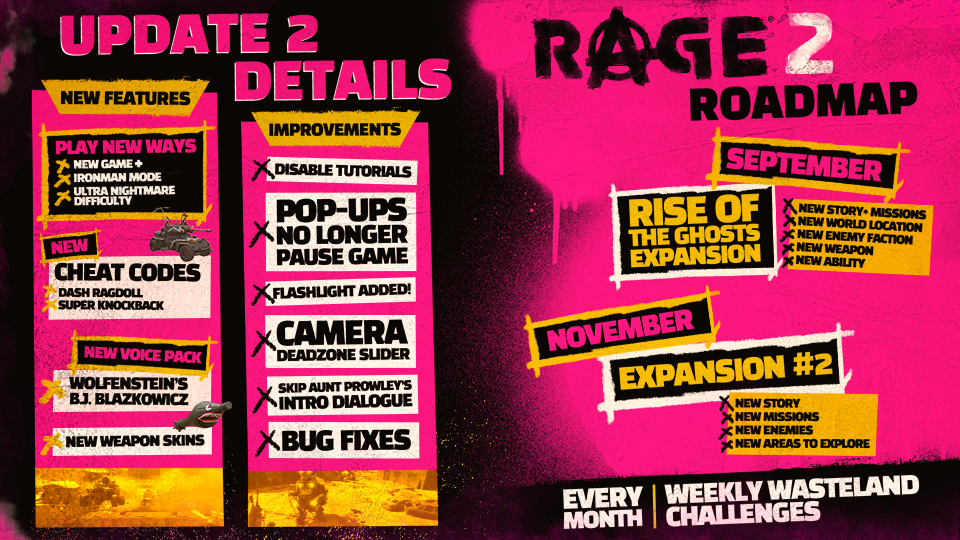