We’ve barely recovered from last time but Amazon Prime Day 2019 is here. Time to settle in for another 48-hours of crazy offers and Amazon Prime Day gaming deals to get us all warmed up for Black Friday later in the year.

For a few years now it’s been a great opportunity to pick up some summer savings, so get yourself prepared with everything you need to know about Prime Day 2019.

You can expect all sorts of games, consoles and more to find their way on sale during Prime Day 2019. We’ve gathered up all the best of them right here.

For those of you in the US, there are a few offers in particular that are worth looking into.

If you’ve yet to pick up a PS4, then why not grab a PS4 Pro 1 TB with Days Gone and God of War for just $349.99 for another great pair of games one of the most powerful consoles around. In terms of games, Horizon Zero Dawn Complete Edition is $9.99.

If you prefer to get your kicks from the Microsoft side of the console war, then this Xbox One S All-Digital Edition + Xbox Phantom White Controller for $199.99 is a great way to get started. While the All-Digital version is a little odd, the fact that you can just get Game Pass helps to make it incredibly worthwhile. Why not pair that up with Call of Duty: Black Ops 4 for $24.99 and a HyperX Cloud II Gaming Headset for just $69.99 too!

You can also get yourself a Nintendo Switch with $35 Nintendo eShop Gift Card for $299.99 if that’s where your allegiances lie. Handily, you can pair that with a SanDisk 400GB Ultra microSD card for $44.99 to ensure you have enough room for all the games you want to install. Oh, and Pokémon Let’s Go, Eevee is still on sale for $29.99!

Finally, if you’re looking to grab yourself a brand-new gaming laptop, then this deal on the MSI Performance Gaming Laptop for $649.00. You can also get the SteelSeries Arctis 7 Wireless Gaming Headset for just $99.99.

It’s a great time to pick up a console for a good price. If you’re looking at getting a PS4 Pro, then this PS4 500GB with Horizon Zero Dawn, Uncharted 4 and The Last of Us Remastered for £219.99 is a great deal.

If you’d rather jump into an Xbox One, then maybe this Xbox One S 1TB Console – Tom Clancy’s The Division 2 Bundle + Official Xbox One Chat Headset + Mortal Kombat 11  for £199.99 is the deal for you.

Of course, if you’d rather stick with Nintendo, then grabbing this Nintendo Switch + £30 Nintendo eShop Voucher for £279.99 is your only bet as Prime Day closes out. 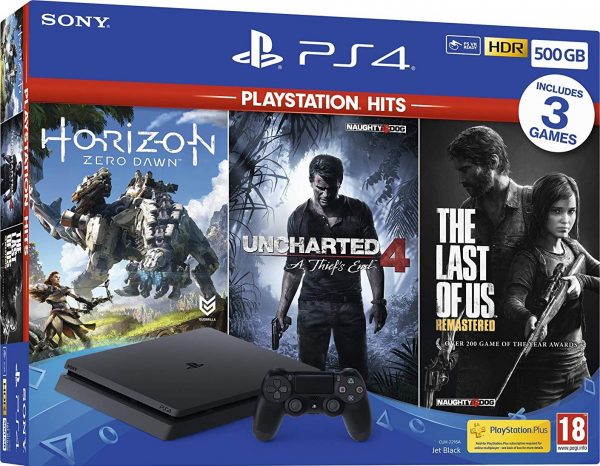 If you’re looking to get jump into the world of PlayStation then there’s really no better time than now. The vast library of exclusives could easily keep you entertained until the end of the year, and there are even a few bundles that come replete with some of those games.

That’s not all though, have a look at some of the other games that are cheap, as well as some great prices on controllers:

Over in the UK, you should have a look at this deal for a PS4 500GB with Horizon Zero Dawn, Uncharted 4 and The Last of Us Remastered for £219.99. Then if you want to get online, this PlayStation Plus 15 Months Membership for £48.99 will give you access to all of the online features, plus net you a couple of free games every month. If you want to jump into an online game, you’d struggle to find one much better, or much cheaper, than Call of Duty: Black Ops 4 for £11.99. 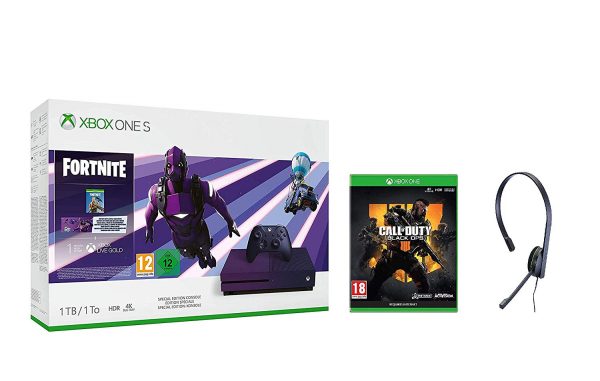 Naturally, we have to include the bonkers Xbox One S All-Digital Edition + Xbox Phantom White Controller for $199.99 here, but that’s not all. If you’ve already got the console then you’re going to want games. How about Spyro Reignited Trilogy for $19.99, Final Fantasy XII The Zodiac Age for $34.99, and Shadow of the Tomb Raider for $19.99?

If those don’t float your boat, there are plenty of other good games on sale right now:

If you’ve not owned an Xbox One yet, then there’s really no reason not to splash out on this Xbox One S 1TB Division 2 Bundle + Chat Headset + Mortal Kombat 11 for £199.99. If you prefer to play your games without other people, then it’s worth grabbing Divinity Original Sin 2 Definitive Edition for £15.99 which is one of the best RPGs around, and even features the option of multiplayer in case you change your mind. 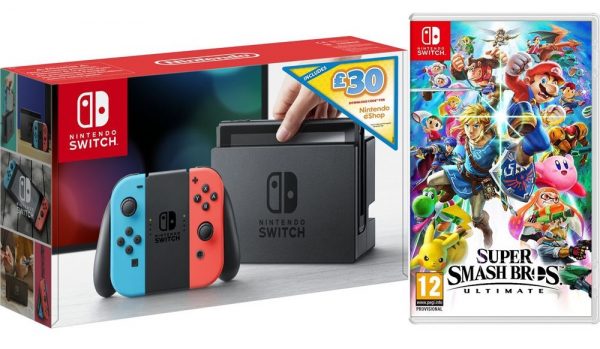 If you like the option to take your gaming with you, then you probably already have a Nintendo Switch. What you might not have though, are some of these brilliant games. Games like Civilization 6 for $29.99, and Pokemon: Let’s Go Eevee for $29.99. As for a console, the best Nintendo Switch deal currently available is this Nintendo Switch with $35 Nintendo eShop Gift Card for $299.99.

If you’re looking to grab some other gems, have a gander at these:

The Switch is a popular console, so it should come as no surprise that most of the UK Switch bundles sold out quick this Prime Day. As it stands, all that is left is the Nintendo Switch + £30 Nintendo eShop Voucher for £279.99. As the Switch can be taken with you, you’re not going to want to be lugging around too many physical games, which is why you’ll probably want to get a SanDisk Ultra 200 GB microSDXC Memory Card for £20.29 while it is so cheap. 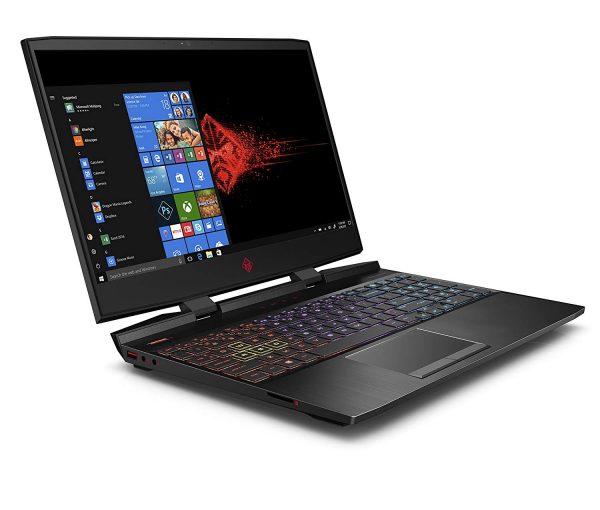 If you’ve yet to take the plunge into PC gaming, then maybe it’s time to grab this ASUS ROG Zephyrus S Ultra Slim Gaming PC Laptop for $1249.99. It’s pricey, but definitely worth the extra money you plunk down on it!

If you’re looking to grab some accessories instead, then have a look at these:

We don’t get to see VR going for very cheap at the moment, but there is a bit of a discount on this Oculus Rift and Touch Controllers Bundle for £329.99, which even comes with Robo Recall as you will have the touch controllers. If you’re just looking to upgrade your memory then you’re going to want to get this Seagate 4 TB Expansion Portable External Hard Drive for £74.99. If you don’t own a PC or a laptop yet, then it might be worth having a look at this Acer Nitro 5 AN515-52 Gaming Notebook for £ 749.99.

We also don’t want to neglect all the other tech that will be on sale during Amazon Prime Day 2019 too. We expect to see a good offer or two on 4K TVs, laptops, computer components and a whole load more. Amazon Devices is another big area that should see massive reductions, with the retailer already promising that these will be the biggest Prime Day deals ever on Alexa-enabled devices. Anything relevant will be added right here! 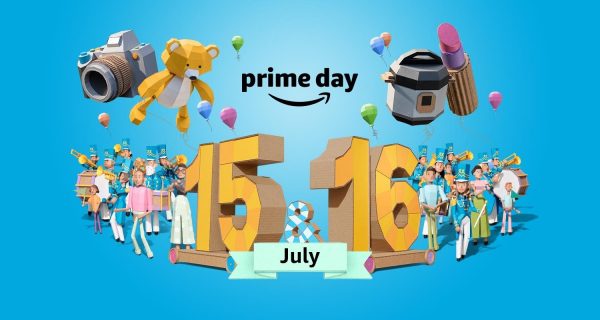 However, Amazon has kicked things off a bit early in the US – even if they are a bit light on gaming deals. Right now, an Amazon Fire TV Recast is up for grabs for just $129.99. Elsewhere, you can get a Fire TV Stick with 2 months HBO for only $39.99. A 4 Months Amazon Music Unlimited subscription is also just a measly $0.99!

It’s also exceptionally quiet in the UK if you’re after Amazon Prime Day gaming deals. A few early launch offers are live, though. So, you can swing on over to pre-order the Spider-Man Far From Home & Spider-Man Homecoming 4K Ultra HD Blu-ray Boxset for £39.99. Aside from that, one of the better bargains is an Echo Plus (1st Gen) for only £69.99.

You can see all the deals currently available or about to go live on the Amazon Prime Day hub. 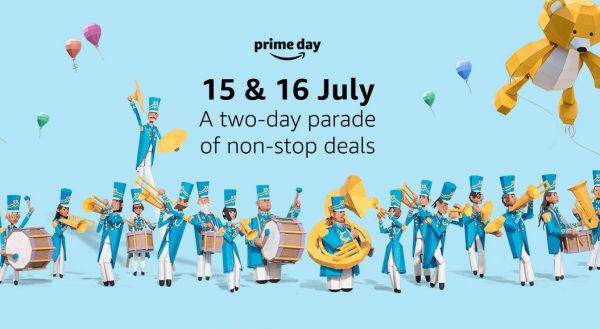 Although it originally ran for a single 24-hour period, Amazon Prime Day has now grown into a multi-day affair as the collective desire for deals grows ever stronger. Across this year’s 48-hour sale extravaganza, many products from across the entire Amazon catalogue will see significant discounts, including lots of top gaming goods and tech. We’ll be updating this page with all the best Amazon Prime Day gaming deals, so do check back regularly!

Most of these items will be on sale for both days and you’ll be able to buy them at any point during Prime Day. However, Amazon also runs a selection of Lightning Deals throughout the event. These are limited time offers with even more limited stock, so you’ll want to be ready to grab these as they go live. We’ll be sure to give you as much of a heads up as we can about these once we know what’s on offer!

What if I’m not an Amazon Prime member?

Never fear, if you’re not yet an Amazon Prime member you can get yourself all registered ahead of time to access all the best Amazon Prime Day gaming deals.

One thing you should definitely do (if you haven’t done so in the past) is sign up for a one-month Amazon Prime free trial. That’ll allow you to take advantage of the deals while they’re live without having to pay the subscription price. You can do that here at Amazon US or Amazon UK. 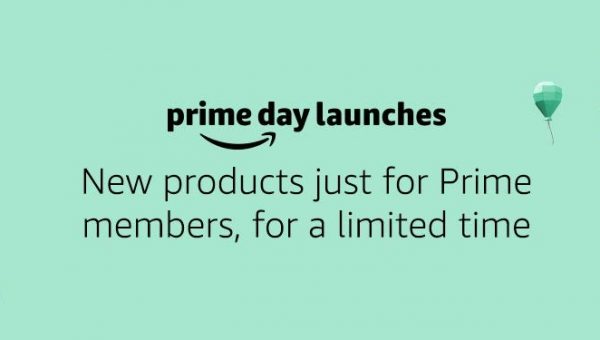 For everyone else, an Amazon Prime membership costs £79/$99 for a year or £7.99/$10.99 a month. Benefits include free one-day shipping, as well as access to Prime Video, Prime Music, Prime Reading and Twitch Prime. The latter is a nice bonus as you’ll be able to snag a few free PC games each month! Don’t forget, it’s easy to set up an Amazon Household you can share some of these benefits with anyone who lives with you.

Students, meanwhile, can sign up for a six-month free trial of Amazon Prime and get a 50% discount on membership when the trial expires.

That should cover it all for now. We’ll be updating this page across the 15th and 16th with all the best Amazon Prime Day 2019 deals as they go live, so be sure to bookmark us and check in regularly!