The global economy dissolved in the same moment as the global community – the telephone transmission waves that had pinged between bond traders across oceans replaced by nuclear warheads. Governments and infrastructure, the things that had given the stern faces on the bank notes meaning, crumbled and rusted. The people clung to the only currency capitalism had left for them, the non-degradable bottle caps from the soda pop bottles that stuck around like cockroaches in the wasteland.

That’s the way Fallout tells it. But money didn’t stop changing just because the world ended. Nope – since Bethesda took over the series, the economy of the Fallout games has been in a near-constant and fascinating state of flux.

While caps existed in Black Isle’s Fallout, their role was to facilitate the direct trade of items – making up the difference between the relative value of, say, a batch of stimpaks and a flamer. But bartering took a back seat in Fallout 3 simply because of the sheer number of items in its world. Bethesda’s habit of decorating every scene with grabbable physics objects meant that, with enough junk in your pockets, it became possible to hoard caps in huge quantities. By the sequel, you could use your savings to buy property in Diamond City. 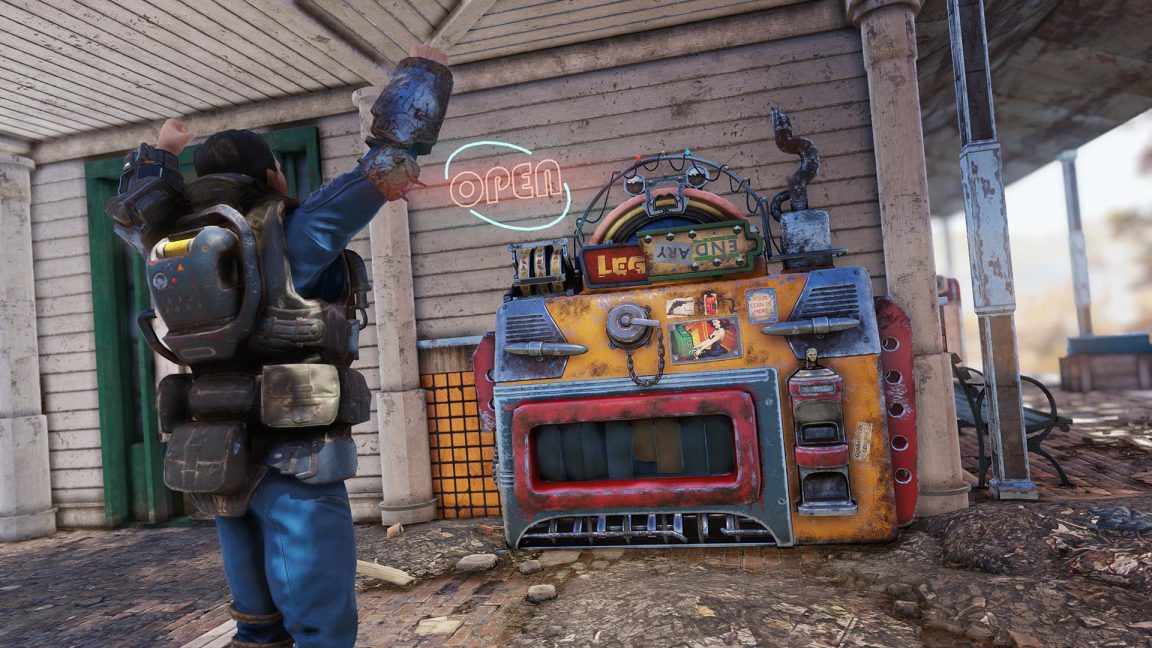 But something else shifted in Fallout 4. This was the game that introduced Minecraft-style building mechanics to the series. Suddenly, every item was a resource that could be broken down into its constituent parts. Not only did each circuit board or bedside lamp have a value in caps – it now had new worth as electronics, ceramics, or copper. Whatever you needed to finish your next project became the only currency you were interested in.

The knock-on effects of this new depth were bigger even than the building mechanics. Bethesda’s Fallout games are structured like traditional dungeon crawlers – after spending on repairs and new equipment at a hamlet, you delve into the nearest enemy stronghold, yank weapons and gear from the lifeless hands and shoulders of the baddies within, then begin the cycle again. But, since Fallout’s worlds are open, the end of your adventure isn’t determined by the length of a dungeon. Instead it’s your weight limit that decides when you head back to base to cash in your finds.

The advent of building meant no item in the world was worthless – and if you wanted to fortify your many settlements across the Commonwealth, there was a strong argument for stripping areas of anything not pinned down. As a consequence, wanderers hit their weight limit quicker, and adventures in Fallout 4 became shorter. The sorting phase of inventory management and scrapping for junk, by contrast, was now a far more significant portion of the game. If you’ve ever felt as if you’re spending far too much time in menus in a recent Fallout game, blame the current economy. 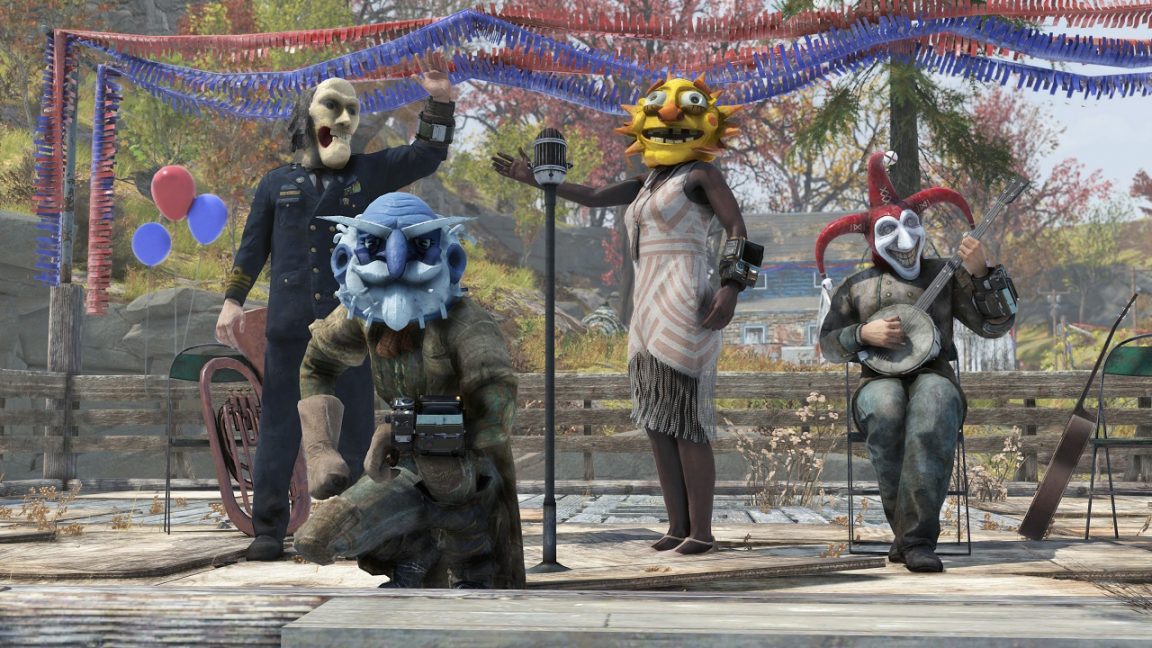 Except, as we’ve established, money never stays the same for long, and it’s changed again in Fallout 76. The fundamental ideas are the same – every item in West Virginia is a source of potential construction materials, and since your only anchor in the world is the mobile camp you build for yourself, caps once more take a back seat. But this is an online game, and despite Todd Howard’s protestations, that can’t help but alter what Fallout is.

A Fallout 76 server supports just 24 players. But like all MMOs, its stability is linked to how much information it has to remember. If each of those 24 players was allowed to hoard an infinite number of items, you can imagine its world might come crashing down for a second time.

Bethesda dealt with the problem by capping the capacity of your persistent stash box. That decision has been a consistent source of ire since launch, and the developer has worked to increase the stash limit, from 400lbs to 600 in December, and again to 800 in February. But sooner or later, every dedicated Fallout 76 player reaches a ceiling on how much they can own.

The first instinct is for a spring clean, clearing the stash of any junk you don’t really need, making room for the most valuable building materials. But once your stash is optimised – and your camp kitted out with as many walls and turrets as it can hold – you’re left with no choice but to change tack. If items are no longer worth their weight in parts, then their bottle cap value becomes suddenly important again. Caps, after all, buy convenience – funding your fast travel across the wasteland – and grant access to the fancy blueprints for weapons and furnishings offered by robot vendors.

And so, as you reach the midpoint of Fallout 76’s story, the adventure changes again. Since you’re looking only for the items most valuable in caps, rather than anything that can be scrapped for materials, your scavenging becomes more selective. You hit your weight limit much later, and so your adventures are a lot longer. Fallout 76’s new patch enables the bulk auto-scrapping of junk, only accelerating new players’ path to the point where it becomes a different game – one in which you’re more free to explore without a pack loaded down with concrete.

War never changes, but money? It’s changing all the time, and taking Fallout with it.