The Hitman 2 Santa Fortuna Pack is a cheap way to get into the game.

Hitman 2 developer IO Interactive has today unveiled the Hitman 2 Santa Fortuna Pack. This version of the game is priced only $15, and will be available beginning today on PC, PS4, and Xbox One.

If you set aside the free Starter Pack, the new Santa Fortuna Pack is the cheapest way for new players to get into Hitman 2 and have a decent chunk of content to start with. The free pack includes the game’s first location: Hawke’s Bay, but that’s about it. 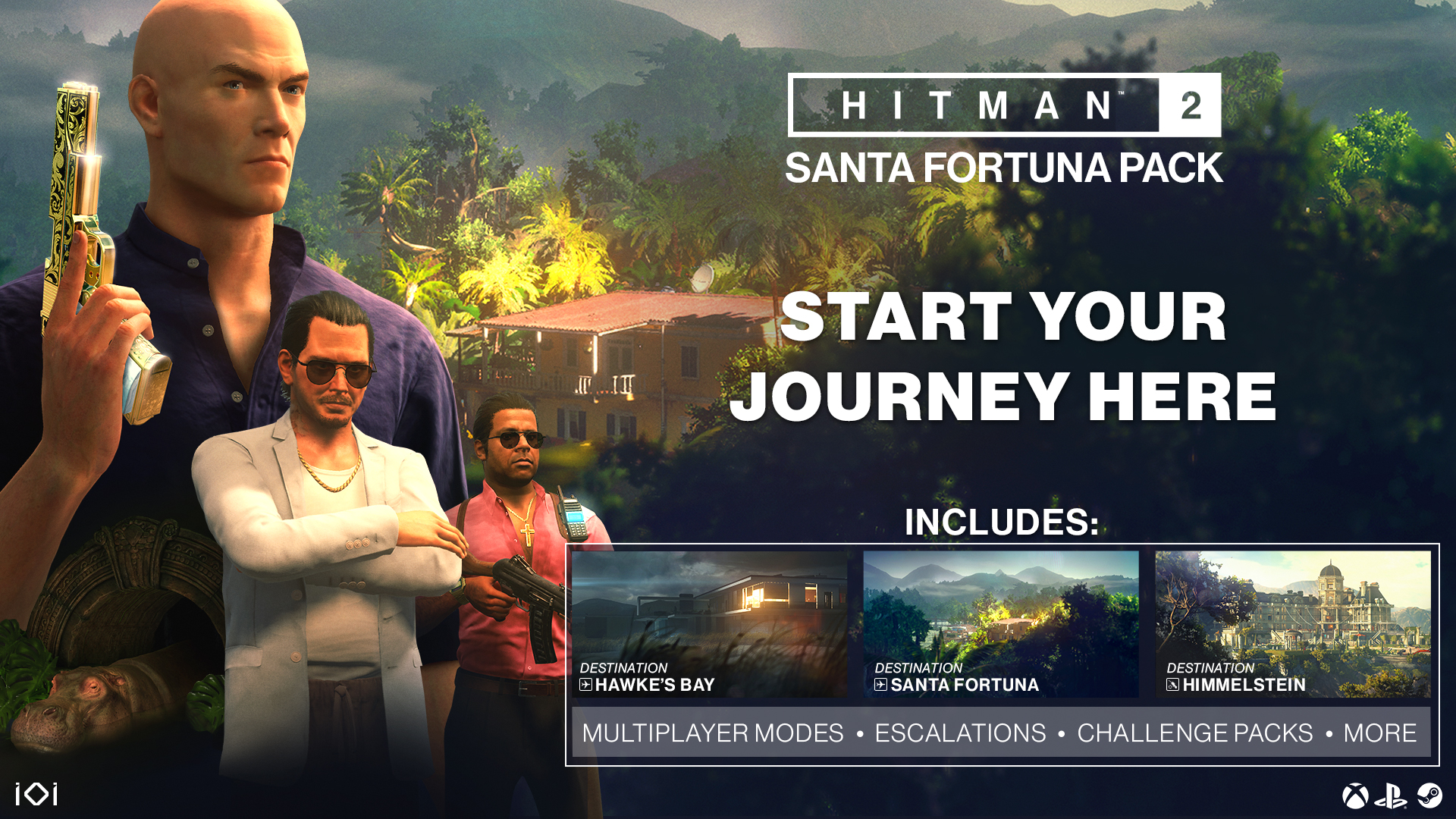 The Santa Fortuna Pack is part of Hitman 2’s Jungle Music monthly theme, which means owners will also be able to take part in the I’m with the Band challenge pack, and the Calvino Cacophany Escalation.

The pack will be available for purchase today beginning 6am PT, 9am ET, 2pm BST, depending on your platform and region.

IO recently also revealed the game’s roadmap for July. Hit the link for the full rundown.