Microsoft has rolled out the July firmware update for Xbox One owners, bringing with it a couple of welcome features. The biggest is the new Play Later tab for Xbox Game Pass subscribers.

Play Later functions similarly to Netflix’s Watch Later, in that it lets you make a list of games you want to visit at some point. This is a simple, but very helpful new addition, as Game Pass previously only allowed members to browse the entire catalogue every time they want to download a new game. 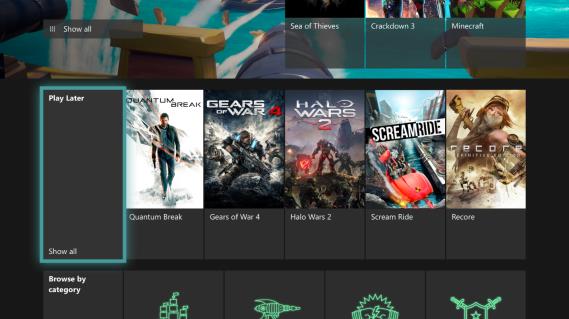 Microsoft has expanded the Amazon Alexa Xbox skill with more commands specifically for Game Pass. You can ask Alexa to list the games new to Game Pass, and whether any of your friends are playing.

There’s also another handy feature that lets Alexa pair your Xbox One controller to the console just by asking.